Girl of the Bush 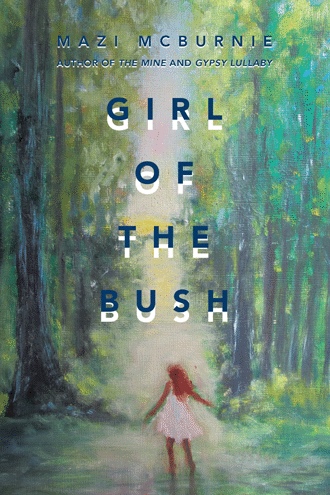 Annie woke just as the sun was rising. She looked around for Ted who was usually getting the fires started for the day's work. Suddenly she remembered what had happened the morning before. Ted was gone. No longer would she wake up to his gentle whistle, lo longer would she hear his his lovely voice telling her to "wake up sleepyhead". He had been brutally murdered in his own little hut which he had built to keep out strangers and to live his life as he wished to. Annie was devastated. She had no-one to talk to and no-where to go. She tried to think about what she could do, but everything became a blur as she remembered Ted's face as he lay on the floor. The kind and gentle man who had taken her in so long ago was now gone to heaven, She would remember him and his teachings, his love of the land and the flowers and trees which grew so abundantly in the Australian bush, for the rest of her life. The loss of Ted was the worst thing that had had happened to her, far more crippling than the beatings Louella gave her and far more crippling than the loss of her home and her father.

During the 1850s Australian gold rush, Annie flees home to avoid abuse and painful memories. She walks for miles, desperate for safe haven, until she runs into Ted, a former teacher. The man is welcoming and kind and becomes a surrogate father to young Annie. Slowly, she grows into a beautiful woman under the guidance of the man who treats her as his daughter.

When Annie is sixteen, tragedy strikes, and she must leave the cozy home Ted built for them both. She moves to Melbourne, where she becomes very wealthy, thanks to Ted. She dreams of one day opening her own restaurant, so she works in several in order to get a handle on the business, never expecting futher disaster.

Annie is attacked, and as if the incident is not traumatic enough, she ends up pregnant. In an era when single parenting is a thing far into the future, she must make a brave choice as she stumbles upon true love. She will eventually confront the villain who raped her but not before finding the courage to live the wonderful life she deserves, no matter the setbacks.

Mazi grew up in various small country towns in Australia. Her father was a shearer so they moved around a lot. Married at nineteen to her childhood sweetheart, she lived in Deniliquin before moving to Bacchus Marsh to retire six years ago with her husband of 52 years. Mazi started as a librarian and then studied as an adult for a degree in Social Science. She spent 30 years working in the aged care field, mainly with people with dementia and the dying. Mazi still enjoys volunteering with the aged, cooking at an Uniting Church lunch group each fortnight and helping in other organisations in Bacchus Marsh a town she now loves.Mazi has two daughters and three grandaughters, plus three fur family members.