Sci-Fi Allegory of a Transformed Starwalker 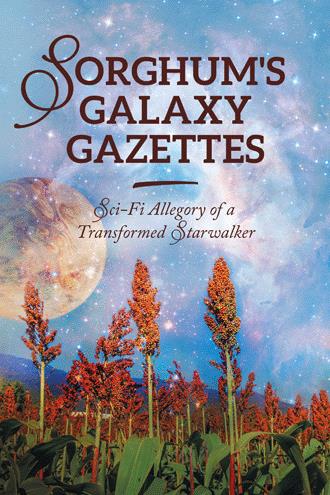 Stella is a miniature, white dwarf star, and Betyl is a rather small, roundish, black meteorite. The two of them frequently meet on the International Space Station (ISS) to share their opinions with each other about the previous episode in Diana Sue’s story of her developing consciousness. When meeting on the ISS, these two appear in a human-like form. Stella is petite, as you would imagine Tinker Bell to be only Stella is a bit more significant in size. I would estimate her to be just a little less than five feet tall. She has refrigerator-white skin with massive, curly white hair, which makes one think there is a giant halo about her head. Stella’s eyes are as black and shiny as two matched obsidian pearls. Betyl, on the other hand, is somewhat chubby, and just a few inches taller than Stella. His skin is midnight black, and he has equally black spiky hair that is reminiscent of unusually dark dragon fruit. Betyl’s eyes are disquieting in their unsuspected pure whiteness. No animal or human has white irises with matching white sclera—none but Betyl. And so, these two ISS sojourners are long-time friends who love to bicker and challenge each other while they give their sometimes-opposing opinions about the supposedly unaware writer of the Sorghum’s Galaxy Gazettes. During their meetings on the Station, Stella and Betyl come to develop a more profound and surprising relationship that changes their existence in space forever. The Gazettes comprised of streaming and episodic tales about Diana Sue’s transformation of her mind and soul is a favorite read in the Milky Way. In it, she tells of her mentor Imagines (pronounced i-mah-ja-nees) who flies her to and from Sorghum in his starship. Sometimes Imagines will stop on other stars to further Diana’s training and preparation for her future life on Sorghum. The Galaxy Gazettes have a broad distribution among the many ports along the Sorghum trade routes. Sorghum (the syrup) is a highly valued commodity on the other stars and planets in The Way. In exchange for the precious condiment, Sorghum’s commercial starship The Carina will return home laden with exotic fruits and vegetables that are not able to grow in Sorghum’s soil. In addition to the produce, there will be kegs of wine, various kinds of beer, and Baijiu, a whiskey made from sorghum. These latter three are reserved for the annual festivals and other important celebrations and perhaps a sip or two along the way to bolster one’s constitution on a chilly day. Diana’s father Prince Carl, in addition to overseeing the entire production process of sorghum, proudly publishes the Gazettes and along with Imagines manages its distribution throughout the galaxy. For their reasons, Stella and Betyl have taken a keen interest in Diana Sue and her publication. Because of that, their opinions will be presented to clarify the challenging and sometimes-arduous journey of the Gazettes’ author, who believes the clamoring goings-on in her head to only be the white dog and the black day barking at each other and vying for a piece of her sanity. Along with the two ISS critics, Imagines, and a cast of others that you may find familiar help Diana to overcome her fear of how people will react to what she thinks and therefore writes. Sorghum’s Galaxy Gazettes reveal the transformative journey of Diana Sue through here conscious and deliberate effort to expand here soul-mind. 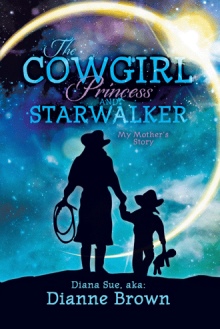 How do you explain the unexplainable when there are no words or colors to describe the transformation of a starwalker? For Diana Sue, who retired from the art scene years ago, the change was a long and arduous journey, weighing in the balance scale all that she had been taught to believe and hold true. Through the efforts of her Galaxy Gazettes, she could feel the hard shell of her chrysalis breaking off in pieces and crumbling on the ground. Inside that hard shell was a mulch-like soup of old beliefs and paradigms that would produce her emergence as a new creature. Sorghum’s Galaxy Gazettes are streaming, soul-changing tales told in symbolic form. The Gazettes have a wide distribution along the many ports of trade in the Milky Way. The Galaxy Alliance Treaty Organization (GATO) closely monitors Diana’s progress in her discovery of her true identity. Sorghum—Sirius C—is held in high regard by GATO for its exports as well as being Diana’s inheritance. Accompanied by Imagines (pronounced i-mah-ja-nees), Diana Sue finds herself traveling the Milky Way galaxy with her handsome navigator. She discovers a surprising and ageless relationship between them that began long before her birth on Earth. Throughout their travels, they form an even stronger bond. Under the tutelage of Imagines and along with several other unexpected—maybe startling—characters, Diana Sue uncovers a new sense of purpose not only on Earth but also for her future on Sorghum.