Transcripts from Father to Son Across 3 Countries 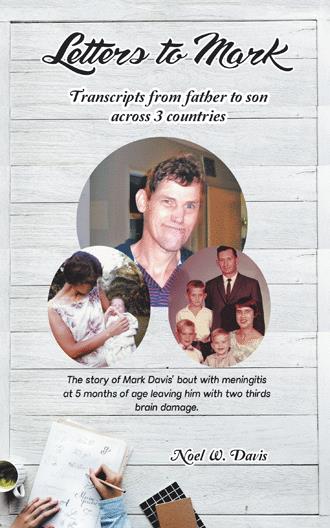 Dear Mark, We had only been in Nasavusavu, Fiji ,for about three months when you became quite ill. You started with a heavy cold which seemed to develop into the flu. We took you to the local hospital which was staffed by a Medical Orderly, well trained but not a Doctor. He administered antibiotics but the illness continued to take its course and it seemed to develop into pneumonia and you were getting worse. The next morning Mary took you up to the hospital as we were very worried about your worsening condition. The Medical Orderly only had to hear the cry that you had developed to suspect that you had meningitis. We learnt later that there is a unique cry which children with meningitis use. The Medical Orderly said that you would have to go to Suva for treatment as soon as possible. You stayed in hospital where your temperature was so high the nurses sponged you off constantly and a fan was trained directly on to you. While we had heard of meningitis we didn't know exactly what it was or its effects. When we consulted the Encyclopedia Britannica we were not encouraged. We discovered it is caused by an infection which gets into the meninges, the tissues around the brain and that it can cause brain damage and even death. We called the airport office and booked you and Mary on the morning plane. The weather was bad and it was extremely doubtful that the plane would be able to land but the pilot knew it was an emergency. We, in effect, waited by the phone ready to leave for the airport immediately. There was a break in the cloud cover and we got the phone call so that you headed for Suva with Mary. An ambulance met you both at the Suva airport and took you to the hospital. The diagnosis of the Medical Orderly was confirmed and treatment started. You were in hospital for two weeks during which time Mary stayed with the Robsons to whom we were and are very grateful. Indeed the church community in Fiji were tremendously supportive. Over the years we have learned from people who had been affected by meningitis and had obviously recovered that the pain is intense. We have only been able to imagine it but your head went back in an effort to relieve the pain. The major test for the condition is a spinal tap and in your case some fluid was taken through the fontanelle, the last part of the skull to develop and still soft in a baby. Your life was in the balance and to say it was an anxious time would be an understatement. I can remember kneeling in prayer on the verandah of the house in Nasavusavu just up from our bedroom. It's funny how some things remain in ones memory but I have a fairly distinct picture of the varandah, the long set of windows and beside me the bed with its mosquito net. I had been reading a number of books by Glenn Clark, the founder of the Camp Farthest Out, and I think it was in one of these that I read of the following approach which I'm no longer sure of but it was desperation time. In these circumstances when faced with the serious illness of a loved one, it was suggested that one, in effect, let them go, sort of give them and their recovery over to God. I can remember endeavouring to do this and not being sure if I had been able to do so. At the time of your illness there were a great many people in Fiji and Australia praying for you. Some would say that the prayers were answered in that you lived and of course, I am very grateful but there's a lot more to be said and I will be coming back to this in a later letter. It was a tremendous struggle for you to overcome the illness with the aid of antibiotics and many people who are affected with the particular strain of virus which affflicted you, the pneumococcyl, do not survive. After a couple of weeks you came out of hospital and back to our home in Nasavusavu. Mary had noticed changes in your responses even in hospital and these became more and more obvious. You had largely lost your desire to feed and it would take one and a half hours to give you a bottle. You were not as alert as before and you blanked out periodically and seemed to go into spasm, eyes rolling and some shaking. We were completely unfamiliar with epileptic seizures but that was what you were having. We got in touch with the hsopital in Suva and eventually Mary took you back. We have never been able to understand the attitude of the doctor who was treating you. I see not point in mentioning his name. He stated that they were unable to observe the seizure activity and suggested to Mary that she had a normal child and should treat you as such. You were definitely having seizures and we have learned that there is even a term, post-meningeal epilepsy to cover this situation. Also, they were very familiar with the treatment of meningitis as it is very common in Fiji. At that stage nobody seemed to know why it is so prevalent. With the great number of mosquitos in various part of Fiji it would seem to follow that the disease is mosquito born but at that time this was not generally accepted. 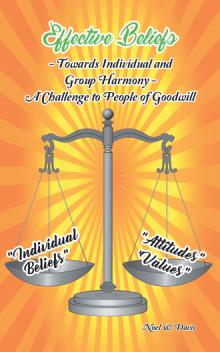 This is a warts-and-all account in letter form of a five-month-old baby afflicted with one of the worst forms of meningitis and surviving but being left with two thirds brain damage. This happened in Fiji, and the family traveled to the US to seek treatment. This book describes that treatment and the effects of the brain damage in extreme hyperactivity and epilepsy. The book sets out the strain on the family as they seek to cope as their lives unfold in two places—in the US and then in Australia.

Noel Davis, BA, MDiv, Thd, Dip.Div., Dip Ed is a Uniting Church minister who has retired from active ministry. He spent the last 21 years of his working life as a School Chaplain. He spent three years in Fiji with his wife, Mary and his three sons, Paul, Stephen and Mark, moved to San Diego and then to Denver where he did more study for five years. He collaborated in writing three books of black line masters in the area of Human Relationships Education. He also wrote a biography of his grandfather, Walter Taylor, a building contractor, architect and engineer.