The Meaning of Contentment 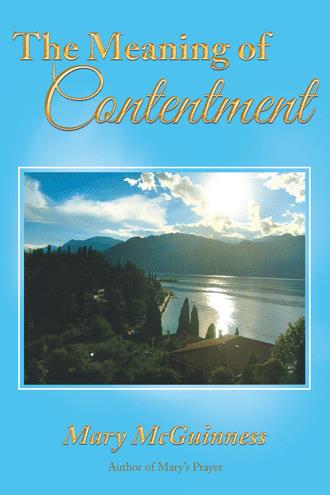 Contentment, is an elusive state that often escapes us through our own distractions. Indeed, we are often reluctant to engage in the onerous tasks (requiring time, effort, and the sacrifice of our own desires) that will, in the end, afford us satisfaction. In offering her story, Mary demonstrates that it was through giving, caring, and listening that she found a sense of purpose, and through that purpose, she rediscovered the happiness she once believed she had lost. Her testament offers witness to the positive power of helping others.

Charles Dickens, lamented how often we ignore the realization that we are all fellow travelers, heading in the same direction; our business is to make our companions' journeys as agreeable as possible. In doing so, we form relationships, using words we weave into stories, and the stories function as the currency of our friendships. Like all currencies, it can be counterfeited or devalued, but if we avoid those pitfalls, we can have fruitful bonds with family, friends, and those who cross and share our paths. Mary's account highlights how her Uncle John's storytelling brought the past to life and made the present more real. What began as a chore for both Mary and her sister, Lena, became a joy.

Of course, as a much wiser person asserted, there is a point at which words fail, but meaning still exists. Mary finds that in music (although the lyrics are more important to her), but even music must bend to silence. And meaning still exists— in the careful clasping of a hand, a sympathetic glance, or when we sense, breathless before the grandeur of nature, that something beyond ourselves shapes our lives.

My main reason for writing The Meaning of Contentment was that certain aspects of my life had changed. I stand by most of the belief systems I discussed in my first book, Mary's Prayer, but certain aspects of my health have improved, which merited a sequel to set the record straight. In Mary's Prayer I discussed how self-help books helped me. Although I still read widely, and I would follow worthy advice from mentors in the books I read, I tend to rely on my own intuitive powers more often.

I also wrote The Meaning of Contentment as a tribute to my Uncle John, who effectively contributed to a major change in my life. When my first book was published, he held it in his hands and was overwhelmed by my achievement. My sister, Lena, often spoke to him about compiling the stories he told us of his National Service experiences and perhaps making them into a book.

This is a book about transformation and change that took place when it was least expected. Mary's Prayer ended on a positive note, yet in the four years since it was published, I have not returned to my career in accountancy, and neither have I managed to secure work in the field of psychology.

My book 'Mary's Prayer' was published in October 2014. I will never forget the excitement I felt when I first held the book in my hand. It is without a doubt my greatest achievement to date. I feel that it is my highest achievement as I did not know anyone in the publishing field. I knew a few people who had published books but they were not of any particular help at the time as they had their own projects. The editing process with Balboa Press was guided and I did feel that they took great care of the project. There was also an element of fear when it was released as I had never discussed my personal story with family and friends. I did not know how it would be received by people I knew, never mind strangers. My former English teacher Benny Timpson who helped review my work in the early stages. To be honest some of the critics were close at hand; sometimes relatives and friends. It was not exactly a secret although I did not particularly volunteer information about the situation regarding my health.

I am really glad that I decided to write my story. It was a cathartic experience and many people have told me that the book had helped them come to terms with their own depression. The word which was said to me regularly in reference to the book was 'brave'. Some people reflected about how brave I was to tell my story. In fact, a neighbour even said that I should have written my story anonymously and without photos. As a friend of mine reflected when I told him this criticism, he said that I had not really done anything wrong in my life. I merely became ill. I realised that stigma and lack of education about Mental Illness was still present. Writing both books have changed my life. Now I accept that these experiences affected a long period of my life but that they do not need to impact on the rest of it.

I have always been interested in writing, since I was a child. I was gifted in many subjects, but I did not pursue writing or English as a career at university. When I was younger, I had always maintained diaries, but in the last decade through the influence of the book 'The Secret' by Rhonda Byrne most of my writing has been in gratitude journals. I also have been influenced by writing' Morning Papers' due to the influence of Julia Cameron's book 'The Artist's Way'.

I believe now in the path of least resistance. This means that I try to accept the daily frustrations which I have to face in my life. I try not to stress too much about what takes place or what hurdles appear along the track. For many years, I felt that I should have returned to work, even although I still suffered fatigue during the day. I understand now that sometimes our lives change and it is very difficult to return to the original point of where we started. Perhaps, it is the universe trying to tell us to change our direction or career path.

I have read many self-development books and I am a product of all of that reading. I have never had counselling or any kind of talking therapies. Perhaps it would have made a difference if I had undergone these techniques. It is difficult to say for sure. I tended to avoid talking about my problems with people who were also suffering from illness. My sister was my confidante. The books that I have been most impressed with have acted as guides and the authors technically as mentors to facilitate change. However, despite that I have embraced different philosophies, I have now returned to the childlike curiosity I had for my own faith when I was young. My belief in my faith has helped me to deal with many difficult situations for the past five years and in fact throughout my life. 'The Meaning of Contentment', focuses on the events which took place in the six year period post the publication of the final chapter of my first book 'Mary's Prayer'. The two books stand alone as I have incorporated a first chapter which summarises what took place in the first book. 'Mary's Prayer' concentrated on the journey back to health and finally 'The Meaning of Contentment is a continuation in which major changes occurred through helping someone else.

Since the publication of 'Mary's Prayer', I graduated with an Honours Degree in Psychology from the Open University. It was a great achievement for me. I had wondered would I be able to compete at university level again and I was very proud to be able to do so. I would not say that I had directly experienced the effects of prejudice or stigma due to my illness. However, indirectly I have felt the effects of prejudice regarding the illness. I would love to campaign for change in the way that people who suffer from Mental Illness are treated globally. There is extreme difficulty in dealing with the illness and also many people are affected with hardship as a result of it. people do tend to treat you differently. I can't say that I have been treated differently by friends or relatives due to the illness when the book was published. 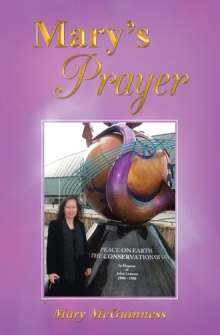 Mary’s Prayer, Mary McGuinness’ first book, charted her journey to health through a lengthy period of illness from depression. She told how she was healed by the power of prayer and through her love of music; she possessed an inner drive and commitment to improve her life in the long term. The Meaning of Contentment, a sequel to the first book, covers a period of almost six years. In total, the two volumes chronicle almost twenty years of her life, charting the gradual changes taking place during two decades on the journey to middle age. This second book reflects on these natural changes and also on the personal transformation that occurred because of the varied perspectives of McGuinness’ experiences. This memoir shares the story of how a meeting with her Uncle John changed the course of her life. The Meaning of Contentment tells how she strengthened both her identity and the familial bond while helping him. It focuses on the friendship and the interactive learning experience that dramatically impacted on her future.

Mary McGuinness is a chartered accountant. She also has an honors degree in psychology from the Open University and is a member of the British Psychological Society (BPS). Mary has a particular interest in positive psychology. She has a first degree in mathematics from the University of Glasgow, and she studied accountancy at Heriot-Watt University in Edinburgh. Her first book, Mary’s Prayer, was published in October 2014 with Balboa Press. She is interested in traveling and learning about new cultures. Mary has studied the Spanish language and would love to learn German. The Meaning of Contentment is her second book, which is a sequel to Mary’s Prayer. She lives in Scotland with her family.