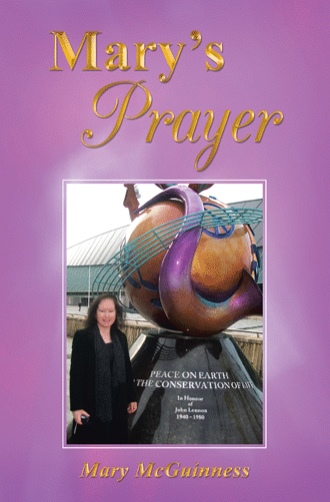 Chapter 1 Growing Up I was born in the summer of 1966 in Coatbridge in central Scotland. The town itself had become popular with immigrants from Northern Ireland looking for work. Coatbridge had been important during the Industrial Revolution, with the ironworks, mining works, steel works, and many factories. My great-grandparents moved here from Northern Ireland at the turn of the twentieth century to make a better life for their families. Education was always important to improve our circumstances. Mine was a happy childhood, being part of a large extended family. My father worked in the construction business, and my mother was a housewife. Lena, my sister, was my guiding light from an early age. We lived in the same street as my maternal grandmother, in close proximity to my aunts, uncles and their families. My grandmother’s house was the meeting point for the relatives. I was the youngest on the maternal side of the family amongst the cousins. My parents were both the second youngest in their families. Therefore, many of my cousins were much older than I. Many of my uncles had served in the Second World War, and we heard the stories of where they travelled and how important it was to them while they were fighting to know they had a family back home. I started St Patrick’s Primary School in August 1971. A whole new world opened up for me there. I loved learning and meeting new friends from the other side of town. The teachers were inspirational, and they prepared us for life. Education was very important to me, and I had a natural aptitude for many subjects. After my homework was done, I loved to play at the nearby park. Every Sunday, we visited my paternal grandparents, who lived about four miles from Coatbridge; we met up with the rest of the family there. The summer holidays of my childhood were spent every year in Blackpool, on the north-west coast of England. Before the package holidays to Spain in the 1970s, many people from the area in which I lived travelled there during the Glasgow Fair Fortnight, which was held in the middle of July. The weather was good in those days, and even if it rained in Blackpool, there was enough entertainment to keep us happy. The Pleasure Beach, the amusement arcades, the Winter Gardens where the Beatles played years earlier and the Opera House were great places to visit. The town had a seven-mile promenade and three Victorian piers with lots of entertainment all year round. Many of my cousins and their parents travelled with us to Blackpool. There were always lots of people around me, and as a result, I made friends easily. My maternal grandmother died in June 1974, just before my eighth birthday. On reflection, this must have made a tremendous impact on my life, as I had spent a lot of time with her. Before my grandmother died, she gave me her prayer book, which had been a gift to her from one of my uncles in 1954. I remember her funeral and walking from her house to St Patrick’s Church the night before. So many people lined the streets. One of my aunts died later that year, and much grief was expressed within the family. I don’t remember crying much in those days, and perhaps it was then that I learned to suppress the unhappiness. Secondary school was interesting, and there were many great teachers there. I had a natural aptitude for mathematics and chemistry. My ambition was to study at Glasgow University, and I achieved this goal in autumn of 1984. Glasgow University changed my life. It was a historical campus with many beautiful buildings. I loved university life. I commuted every day from my hometown, as I didn’t live far enough away from the campus to be allowed to stay there. In my penultimate year, I studied psychology for one year, and I wished I had taken the subject in the first year of my studies. I graduated in July 1988 with a bachelor of science in mathematics. When I studied at Glasgow University, I believed I would never look back. I was a fairly sociable person, and I had no problems meeting new friends. In those days, it was still possible to receive a small grant, initially to cover books, travelling expenses and the contribution to my parents for household expenses. Although I had many friends there, I still tended to socialise with my school friends in Coatbridge. Occasionally we would go to concerts at Glasgow or Strathclyde University. I maintained contact with my school friend Maria for many years and some of the girls who had also gone to university with me from school. It was difficult in those days to find graduate jobs, and I considered going to college for another year to become a mathematics teacher. However, I became interested in studying for a diploma in accountancy, and I moved to the Riccarton Campus of Heriot-Watt University in Edinburgh for one year. Living in Edinburgh was a great experience. The campus was about six miles from the city centre. Whenever we went into the city, I greatly admired the castle and the old town. Students from all over the world attended the university, but mainly from Norway, Ireland and England. I enjoyed the course, although it was demanding. I stayed in the halls of residence and shared with Aina, a Norwegian girl; Helene, a French girl; and Agatha from Tanzania. Also in the same corridor was Arvid from Munich and three other English guys. My friends, Greig and Ahsan from my course, also lived in the halls of residence. We had a great time on campus. 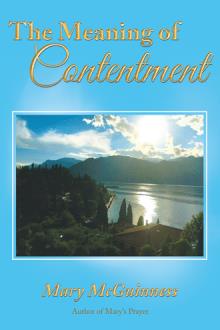 The Meaning of Contentment
Mary McGuinness
£12.95

This memoir of Mary’s spiritual journey of self-discovery to find inner peace spans a period of fourteen years in which she was unable to find work due to illness. Throughout this period, she began to search for answers herself, which resulted in studying for a degree in psychology.

The music of John Lennon and The Beatles has always been important to Mary, and it was through this music that the healing process began. John Lennon’s character had inspired her throughout her life, particularly in his work for peace with his wife, Yoko Ono.

Music in general was very important to the journey that Mary travelled.

Mary’s faith was paramount to the healing process, and she visited the Shrine of Lourdes in France, which was a turning point in her life. In the Church of Frauenkirche in Munich, Mary also felt as though she had received a blessing.

The support of Mary’s family was very important to her recovery. The psychology studies, in particular those of social psychology, impacted on Mary’s understanding of the illness and motivated her to engage in her own personal research. This has ultimately influenced this book.

Similar to John Lennon’s song, “In My Life,” the people that Mary met and the places that she visited along the journey were essential to initiate changes in her life.

Social Construction Theory and the New Thought Movement were pivotal in changing Mary’s attitudes and promoted a new way of thinking, which impacted on her recovery.

Finally, visiting Liverpool, England, re-energized Mary, and it was critical in changing her life.

It is hoped that this story would inspire others who are hoping to make similar changes in their own lives.

Mary McGuinness is a Chartered accountant who is currently studying for a degree in psychology. She lives in Scotland with her family. Mary’s Prayer is her first book.