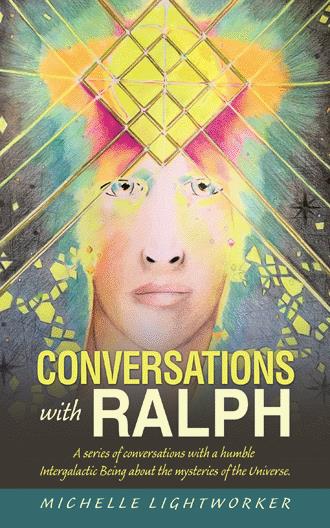 For the first time, I was in another Universe consciously. I turned around of course expecting to see stars, however I did not. I did not see planets. I wondered “Where are they?”. I saw a whole heap of what looked like Spiritual beings like droplets of ink in water. A variety of colours. The occasional face, like a torch was lighting up a part of it. No body, just face. This didn’t make any sense at the time, but there was a big reason why, which I later discovered. And then not really knowing what to do next, I asked the question, “What is the highest vibration here?” I heard a response, “Peace”. I immediately felt that this was a safe place to be. I was then curious as to finding out what the lowest vibration was in this new universe. “Depression” was the answer. I was shown this in the form of a downward flow of energy into a dark void. I did not understand why depression was the lowest vibration that existed here, but I soon found out how important it was and why. Then I noticed a Being before me – it had no body, face or colour, but I knew it was there. I later found out his name was Ralph and we formally introduced ourselves, but this was not my first experience at all. My first experience with Ralph was him commencing telling me all about the Universe I was in. And it became a back and forth conversation that flowed effortlessly. I can only summarise here what was discussed as I did not capture the order of things transpiring. It was completely unexpected. However, as I write this, I endeavour to capture future conversations real time whether by a voice recording or typing, I know not which at this point, but I will go in prepared. As I know after this first conversation, I have many questions. I learned that I was in a Universe full of contradictions, which I plan to explain. Beings here were human but did not look human at all. This universe had no physical existence, yet it was not a place ‘beyond’ life. There was no place to go yet all could be found right here before one left. There was nothing to see, yet everything was capable of being seen at all times. I debriefed with my husband straight after my experience. As you can imagine I was still half asleep. I decided to record our discussion and capture any questions that arose. This was a really good idea. I had questions and I knew he would too. And he did… Me: Just had this experience and I woke up and I saw the Flower of Life and it was pulling me forward again not pulling, but I could tell it was calling me to go down, so I was like “Okay”. It was really different this time. It had purple flashes and stuff along the way. And I got to the end of it and I didn’t know I was out the other side. Because I was seeing a lot of almost like flying spirits of different sorts and the occasional face and it was almost like a torch was shined on the face. It was weird. It was like all different kinds of spirits everywhere and all things everywhere flying. You know if you put a piece of dye in water, that’s how they looked. And I was like, ok and I basically asked the question, “What’s the highest vibration here?”. I got shown that as I came out the other side, I was looking back towards the tunnel. So I was there but I didn’t know I’d gone through because you don’t have that sensation of flying. You’re there but you don’t know you’re moving. You know what I mean? So, it was hard for me to realise I was on the other side. I had to be told that I am on the other side. Then I was shown that that I had gone through. Then I asked, well I didn’t know what to do really, and I just sort of said, “What’s the highest vibration here?” and I got “Peace”. That’s what I was told. And then I said, “Okay well what’s the lowest vibration here?” and I got “Depression”. And I was like, “really depression?”. And then I realised there was a ‘Being’ in front of me. And I started talking to them and I found out that their name was Ralph and they were helping me to understand their universe. I was told that this was not a parallel Universe, it was its own thing. I was told this very clearly. I was told that that they had evolved past each incarnation that they had, and this was their last incarnation and this was like they were still spirits. It was not like they had died. It’s kind of hard to explain. It’s really important to get this bit. He said, “It’s not like everybody just died and we’re all just here experiencing our last incarnation, it was more we have lived through the human experience”. A lot of them had experienced what we had experienced, like experiencing the Christ coming, even though it was not a parallel universe. They had created and done similar things we’d done because it was part of the human process and part of the human evolution of consciousness. They had now gotten to this point where they didn’t have the physical anymore. So, it wasn’t like there were planets and stuff. It was just them. He said, “You might find this really difficult to understand but we are not dead, we are still alive”. And I said, “Yes, this is really difficult to understand”. And he said, “We’ve evolved past the body, but we haven’t quite transitioned to the other side completely not needing to have this experience. We are still souls”. 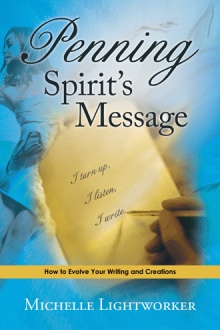 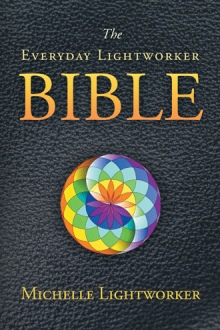 What if you awoke one morning to discover yourself having a chat to a humble intergalactic being? Not only that, what if this being was from a completely different universe and they had led you there to show you the answers to life’s most profound and mysterious questions? What if this were all a true story? In Conversations with Ralph, author Michelle Lightworker shares the true-life story of her meetings and conversations with Ralph, an intergalactic being who provided her with information about how to shortcut humanity to the highest vibrational levels. As Ralph guided Michelle to another universe, he unveiled the path to healing and peace for us all, and their conversations were revealing, engaging, and incredibly insightful. Even more, Michelle was able to get a whole new take on the relevance of some major taboos here on Earth, like suicide and depression. In the end, Michelle’s Conversations with Ralph illuminates why we are here and where we are going—and why. In just three and a half weeks, Michelle was able to learn about the whole meaning of life, the universe, and everything—and luckily for you, you can probably read all these conversations in a day! So strap in!

Michelle Lightworker is an enlightenment activist and an executive producer of FiveD.TV. She is collaborating creatively on a multitude of projects to encourage peace and unity on the planet. As a humanitarian, TV and radio host, film producer, author, founder of Lightworker Advocate Magazine, and creator of the Lightworker Practitioner Training certification, Michelle is a role model and encourages illuminated leadership of the highest vibrations. Michelle starred in the multi-award winning humanitarian film by Dr Lana Marconi Orenda – Force of Consciousness and The Cure produced by Sharon Stone and directed by Emmanuel Itier. Michelle is also director of the non-profit organisation Lightworker Foundation Ltd., whose mission and purpose is in “Elevating Enlightened Enterprises.” Having previously worked for many years as a clinical holistic counsellor in a private practice, specialising in addictions and trauma recovery, Michelle also provided professional supervision for other counsellors.