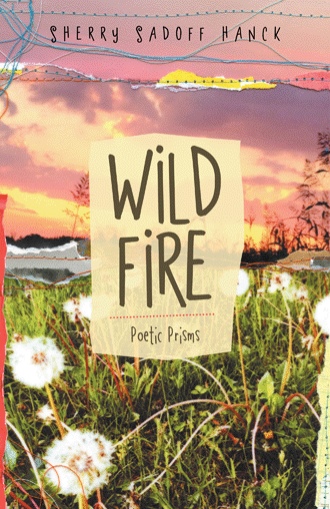 Wishing Well Hundreds of hearts line up creating a clear pool of love so deep its floor exists only in the realm of myth Differences discarded tossing shared memories like pennies into a wishing well of spirit Our reflections reveal something eternal years dissolve into moments moments collapse into now now is all there is Cast your coin! 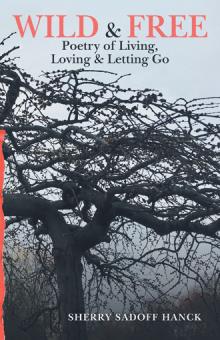 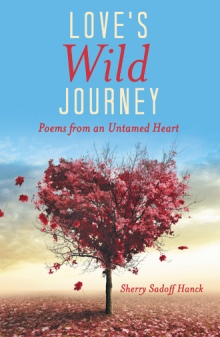 Wild Fire is a poetic exploration of shadow, light, and nature in the human experience.

Born in 1968, Sherry carries the free-spirited aspect of that decade in her heart. Family, friends, yoga, meditation, writing, public speaking, and connecting with the diversity of humankind are the essential elements that make Sherry tick. Inspired by her years in Manhattan and those that followed in Bucks County, Pennsylvania, Sherry is on a lifetime journey to find her voice and share what she discovers with others. Influenced early on by theatre and music, Sherry received a degree in acting from NYU’s Tisch School of the Arts and found herself dancing regularly in the great party that was the Grateful Dead. She worked many jobs, including a two-year tenure at Wetlands Preserve, a rock-and-roll, environmentally aware nightclub in NYC, which she maintains was a magical time. Earning her master’s in media studies from the New School for Social Research while building her real-life skills on the job, Sherry’s curiosity kept moving her forward. She met many remarkable people along her way, and while acting never manifested as her career (by choice), Sherry eventually found her true voice as a teacher of the things she loves most. It was the yoga teacher training program at the Prancing Peacock, that she took simply to deepen her practice, that took her by surprise and shook up her world. Her husband, Brian, implored her to teach at least one class. Well, that one class turned into two, three, four, and before she knew it, Sherry had found a new career. It wasn’t so much teaching the poses that kept leading her down this path, but the connections they stirred and the relationships they grew. Sherry feels that yoga and poetry are keystones to communicating the beauty and possibility that life holds for us all. They are vehicles for uniting and reminding us that we are not separate from each other or our world. It is in the profound moments between sound and silence, the written and spoken word, pain and pleasure, love and fear, hope and dreams that we truly join together. Sherry’s greatest wish is to contribute to expanding awareness and love that allows us to live from our best selves and highest vibration. Sherry is a wife, mother of three, yoga teacher at the ERYT200, RYT500 level, Reiki master, and published author. She continues to practice, teach, and train in various aspects of yoga, as well as write about her experiences and observations in her blog, Drop & Give Me Yoga!, when time permits. Sherry has had two poems published in volume I of The Poetry of Yoga (HawaH), several articles published in local papers and online publications, and continues to seek out venues for her work. Sherry put out her first collection of poems through Balboa Press in 2015 entitled Love’s Wild Journey: Poems from an Untamed Heart.