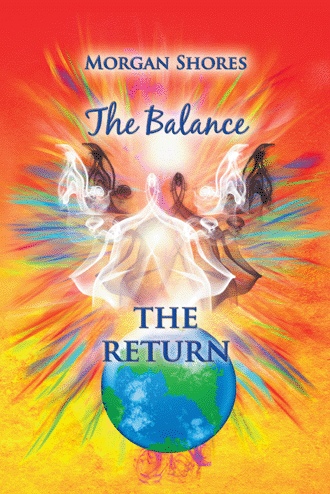 Ashanti stood at the head or North of the fire pit.

Once the girls were in place Ashanti lit the white candle for the Divine Spirit. Raising her arms as she begins to chant, “I call upon the great divine. On this night we come to unbind the powers of these two and join them with the light. We ask night and day to blend and carry our prayers through the wind.”

Ashanti then lit the fire pit with the white candle as she continues, “We pause to celebrate the oneness of our Creators love. For in the shadows is born the seed, and in the light it will bear its leaves. As our daughters grow and take flight in life, so does the Creators love burn bright.”

Ashanti nodded to Gabe and Bree, who then lit their candles of gold from the fire. Then each turned and lit Serena’s and Opal’s candles.

Serena and Opal then turned and lit their parent’s candles.

Ashanti continues, “We welcome all beings of light, in celebration of joining our two sisters on this night.”

Then Ashanti turned and nodded to Lilith and Sophia. “Mothers of our sister’s step into the light; for it is time to present our daughters with the bracelets of knowledge to ground them together in the balance of light.”

Ashanti continued, “We will now gaze upon the moon, thanking Archangel Haniel for lighting our path; allowing your eyes to follow her glowing beams of light to the fire of the Divine.”

Gazing at the moon, both girls look around, Opal see’s Pandora wink at her. Serena glanced around and saw Maimeo smiling. They notice their parents have their eyes closed. Serena and Opal looked at each other and then gazed into the fire.

After a few moments Opal looked at Serena and sensed that something wasn’t right. They are now bound together by the bracelets and can see what the other one sees.

Opal saw the eyes in the fire, the eyes were familiar they resembled her Aunt Lilith’s, but it couldn’t be, because she felt a darkness around them.

Serena was in a trance like state, as Opal watched the midnight blue eyes.

Then Serena and Opal heard a serenade of hypnotizing music luring them into the fire; almost as a siren lures its prey. Neither one of the girls realized this was not a part of the ceremony, they extend their hands and reached out to the figure in the fire.

Lilith’s clairsentience went on red alert, something was wrong, when she opened her eyes she saw the midnight blue eyes staring out at her. A chill ran down her spine as she realized what was happening.

Suddenly, a thunderbolt hit the ground, as Archangel Michael swirled in, and Lilith yelled, “Noooooo,” as she lunged for Serena.

The breeze ushered in Archangel Michael. Unbeknown to any of them upon Lilith’s scream Ashanti cast her arms out to each side which froze the fire. Then she put a spell on Serena and Opal; placing them in a blessedness of peace within themselves. Neither Serena nor Opal knew anything of what was going on around them.

Gabe and Bree felt the rumble upon Michael’s approach and swirled around dressed in armor, with their swords drawn ready for battle. Ceron had pulled his sash off and swung it overhead as it turned into golden sword and he had the look of a warrior. Sophia had pulled the silver clip from her hair and now held a dagger of light in her hand; ready for battle as she stood next to Ceron.

Manuel held Lilith and tried to calm her. “What happened? What did you see?” He asked.

Lilith still somewhat hysterical was rambling, “Did any of you see the eyes in the fire, or the girls reaching for the hand being held out to them? It’s Samuel, he’s coming for Serena.”

Looking around Lilith saw them in their battle attire, fuming she said, “You were all expecting him to show up tonight weren’t you?”

Ashanti walked over to Lilith and gently explained, “My Lady, we knew that tonight was an opportune time for the darkness to take the maiden before she was washed in the light, and the ceremony was completed. We simply came prepared. The girls will remember nothing as I have put them in a blissful state. I do not believe the darkness will try again, not tonight. We must complete the ceremony, with the girls washed in the light it will be much more difficult for the darkness to conquer or control them.” 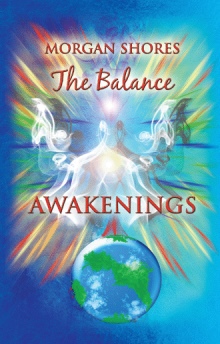 The Balance series continues. Set in modern-day Galveston, Texas, the Goddesses and their families discover the Ancient family secrets that will challenge their faith and change their futures. They once again must unite to maintain the balance between light and dark.