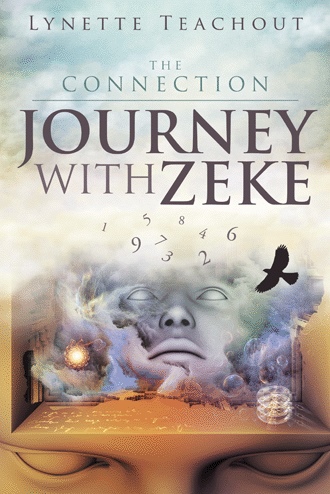 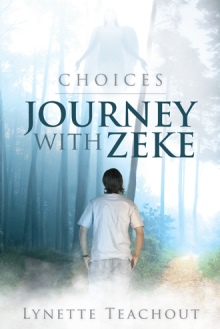 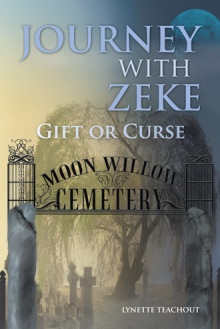 Zeke Cook’s intuition is growing stronger. As he continues to learn about the mysteries of the universe, his abilities are put to the test when asked to assist in the search for a six year old boy who has gone missing from his back yard.

Griffen Cook is overjoyed when he learns that he is moving to the farm, nearer to Cat. They’ve felt a connection to each other since the day they met, but will proximity bring them closer or tear them apart?

Devon Clark is dealing with the death of his dad and stepmother. Moving with the Cook family to the farm may be his salvation, until he starts receiving calls from his Uncle Dave, trying to pull him back to the life he’s trying so hard to leave behind.

Journey along with Zeke, Griffen, and Devon to learn more about our connection to the spiritual realm and to one another in this story of courage, faith, and redemption.

Lynette Teachout, author of Journey with Zeke—Gift or Curse and Journey with Zeke—Choices, continues to reveal how we are all connected to the universe in her third and final book of the series, Journey with Zeke—The Connection. Journey along with Zeke Cook, his older brother Griffen, and their friend Devon Clark as they learn that everyday life is truly full of mystery, discovery, and a lot more than can be imagined.