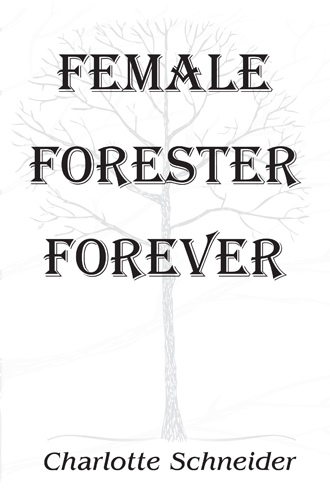 Sure enough the rain started just as I finished my last plot. Knowing my vehicle was a couple miles away across country on the other side of a large creek was not real encouraging. The vehicle was probably safe, but I wondered about wadding across the wide and open creek and gambled on my probable safety. There is a certain lag time between when the rain hits the hillside and when it ultimately spills into the floodplain, and I gambled this storm would be hard and fast but not long and lingering. The rain fell hard, like standing under a waterfall. I could not see very far ahead, perhaps about 30 feet. The slope became very steep as I descended to the valley. Wet sticks on the forest floor are as predictable as an oil-slick road in a light rain. A girl could find herself landing unceremoniously on a bed of wet leaves. Bad as that was the lightning was intense. If I knew then what I know now about lightning and the precarious position I was in, I would have fallen to my knees and prayed. Ignorance and stupidity go hand in hand. I made it to the narrow valley between two ridges. There a small creek was tumbling and rushing to empty into the large valley where my vehicle was waiting. The creek did not look threatening, it was just a summer thunderstorm, so I took refuge under a rock outcrop next to a large tree stump. Had I considered that the old tree with the protective 3' wide, 6' tall stump had probably been blown apart by lightning some decades ago, I might have changed my mind. No, probably not. The storm was raging, with violent flashes of lightning and ear-splitting thunder. Summer thunderstorms are fierce but typically of short duration, so I just enjoyed the show. The lightning lit up the valley like some crazy out-of-synch strobe lights. Thunder crashed and growled. The dead tree stump protected me from the sideways slant of the rain. The beauty of this valley and forest in the throes of this violent summer storm was overwhelming. The storm slowed and I emerged from under the rock ledge beside the tree stump. I followed the noisy stream down the narrow valley in the direction of the large creek bed. My boots splashed on the wet, rocky ground. The rain-swelled stream tumbled along the rocks in the narrow valley keeping me company. Patches of sunlight began to show through the trees tops far overhead. Then I stepped out of the woods into the wide valley where the small stream rushed into the creek bed, its load of water quickly lost in the wide gravel bar. As I sloshed across the creek to the vehicle, only slightly deeper at this time, the sun shone warmly on me, pulling the water from my wet clothes. My boots were hopelessly soaked. Though somewhat remarkable for the grand show nature presented, it really was just another spectacular day in the life of a forester." 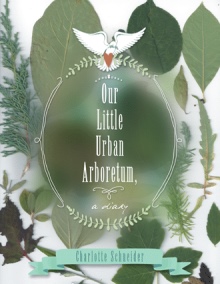 This natural world I fell into off three-inch high heels is a school of infinite learning. Sharing my knowledge and experience of forestry and arboriculture is very fulfilling. Having finally grown up in the Missouri forest, the desire to complete my adventure despite challenges with employers, doctors and a chronic disabling disease has led me to writing and blogging (under Female Forester Forever or Our Little Urban Arboretum). When forced to return to the city, I bought my family home and turned its less-than-a-third-of-an-acre lot into an arboretum. Volunteering as a master gardener I learned that the Ozark foothills down to the St. Louis riverfront is more than just an oak-hickory forest, and a forest community is more than just trees or even just plants. This book can only paint a miniscule picture of the forest on the head of a needle, and is as dull and boring as a broken, discarded bit compared to ten minutes standing naked in a creek, staring up into a towering tree or down at a leaf. Tomorrow is already here; experience trees. As the venerable Professor Al Shigo has said, “Touch trees.”

Could an urban secretary find peace cruising timber and helping landowners understand their forest? Disappearing into the woods for hours became as natural as shopping. Lessons learned from trees go way beyond anything taught in schools. My German immigrant parents sought adventure, but having their only girl run off to the woods must have been difficult, though my maternal grandfather who hunted mushrooms in the Black Forest would have understood. Adjusting to MS, rejection and loss of my hard-won career was costly. I survived depression and learned it is always possible to turn over a new leaf. I have been a Missouri forester for thirty-five years, a certified arborist since 1998, and I’m a member of ISA, MWISA, SLAA, and SCA.