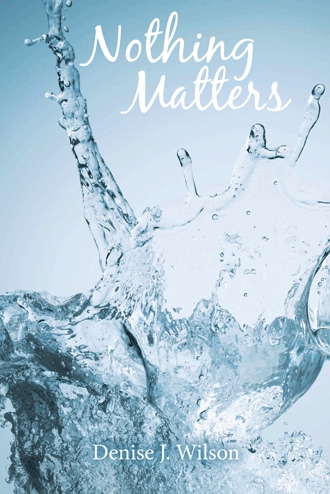 Even though I have a computer and access to job-hunting websites, the beautiful thing about Maui is that some employers still advertise in the newspaper. I know! Unheard of! But every morning I gladly spend the $.75 to buy the Maui News and check the want ads. I also scour the internet. I shoot off resumes to anonymous entities at the other end of the “Submit” button. It’s an odd sensation. Like launching rocks from a catapult across a moat and over the castle walls. Did I hit something? Is anyone even there? It’s hard to judge if I’m making any progress whatsoever.

It’s clear this is not the job-hunting ritual of even a decade ago. There’s not a person-to-person connection anywhere. In fact, it seems to be discouraged. On the Employment Opportunities page of company websites, there’s no telephone number, no contact person. Just that freaking Submit button. I’ve focused most of my attention on getting a job at a resort, mainly because there are so many of them and this is where the jobs are. I’m applying for front desk, concierge, guest relations. Anything involving interaction with people which requires some diplomatic skill. I’ve discovered over the years I have an ability to remain calm in front of upset people and, just as importantly, find a solution that makes them happy. I also shoot off resumes for positions with the odd construction company, escrow company and property management firm, just in case. All in all, I’m catapulting at least 5 resumes per day, with appropriate cover letters. And I’m getting carpal tunnel. After a week, I switch tactics. I decide to visit the resorts to which I am applying. I hop into my trusty rental and head to the most beautiful resort on the island. Might as well aim high. I drive around back and park in the employee parking lot, which is crammed. Coincidentally enough, Jennifer Anniston and Adam Sandler are filming a movie at the resort and a lot of the spaces are taken up with support trailers. I don’t know if that’s the correct terminology, but these clearly are not stars’ trailers. They look totally functional, like they house all kinds of metal gadgets necessary for movie making and used by people who’ve never walked a red carpet. Anyway, I find an empty spot, not really an official parking stall but there’s room enough. I wedge my rental in it and squeeze out of the door, looking for the employee entrance.

I follow a couple of smock-wearing women through a blank metal door. Once inside, almond colored corridors shoot off in 20 different directions. There’s a scurry of activity around me. Housekeeping staff wheel a huge canvas container of laundry past me, heading to a service elevator. I know Human Resources has to be down here somewhere. I pick a corridor and go for it. I figure I can’t go too wrong. Although I do regret not tucking a few pieces of bread in my pocket.

Finally, Human Resources. I push the door open. It’s a small, windowless room with a desk large enough for two computers and a couple of chairs. I look at the computers and the small sign between them that lets applicants know they can apply on-line right then and there. I look to the spot where a receptionist is supposed to sit. It’s empty. There’s no-one I can chat with about potential openings and what it really takes to get hired here. I’m debating what to do next when a middle-aged Mexican man enters. “You work here? You know anything about the landscaping job?” I say no. I point in the direction of the computer. “The jobs are in there.” He casts a glance in the computer’s direction and frowns. It’s immediately clear that he could no more apply on-line than manage a hedge fund. “I could help you,” I offer. He looks at me and shakes his head. It was a both a refusal and an admission of defeat. As if he finally let it sink in that job hunting had come to this: even a landscaper needs to be able to navigate backslashes and enter buttons just to score a minimum wage job. The landscaper leaves.

Eventually a human resources agent enters the small office. I ask if there are any upcoming openings that haven’t yet been posted or perhaps she knows of something I should be doing to further my quest to find a job with her resort. She points to the computers. “It’s all in there,” she states matter-of-factly. She sits at her desk and turns her attention to her own computer. I’ve been dismissed.

On to Plan B. Actually, I have no plan B. It had been so long since I’d looked for a job, I didn’t know what else I could be doing. First thing each morning, I open my laptop and hit the different job websites that seemed to consistently post the newest and greatest number of job openings. I’ve scaled back to buying the newspaper on Wednesdays and Sundays only, deciding the few postings the other days of the week don’t justify the $.75 investment. I still show up in person at several human resources departments, gambling that no-one did this anymore and it might make me stand out. Hopefully, not in a let’s-call-security way.

When the job hunting tasks are complete for the day, there’s still plenty of time left. I am determined to avoid sucking the enjoyment out of being on Maui by focusing on the fact that I hadn’t yet been found a job. Besides, I couldn’t imagine anything worse than leaving Maui without a job and having missed seeing all the places I’d read about.

Hana was a destination high on the list. I’d seen the t-shirts: “I Survived the Road to Hana!” It was a road fraught with hairpin turns and one-way bridges and not kind to those prone to car-sickness. When I’d visited Maui in the mid 1990s with kids in tow, I’d contemplated taking the trip. But after looking at the map and thinking it was going to take hours to end up in the middle of nowhere, with kids in the back and the potential for non-stop whining, I nixed it. Now I was on my own. Sure I could whine, too, but I also had the power to turn the car around.

Early one Saturday morning I headed to Kahului, which is the hub of Maui. Highways fan out in every direction. There’s a shopping mall with Macy’s and Sears. It’s not a great mall. You don’t shop till you drop. You shop till you run out of stores. It takes all of about an hour. Kahului also is host to auto dealerships, places to get your computer fixed, Lowe’s, The Home Depot, and the port. All of this sets the tone for the town as a hardworking, blue-collar kind of place where you can get a solid plate of food for a reasonable price if you know which hole in the wall to enter.

As I accelerate past K-Mart onto the Hana Highway, I note the sign that says “Hana 52 Miles.” The guide books say the drive will take 2-1/2 hours. I think to myself, there is no possible way 52 miles can take that long. Two-and-a-half hours later I pull into Hana. There wasn’t a single stretch of straight road lasting more than 100 yards. I don’t think the car ever hit 30. Not to mention the ubiquitous one-way bridges that required me to stop for oncoming traffic. Halfway there, I began to wonder who held the contract for printing the signs “One Lane Bridge Ahead.” Somebody was making a fortune. 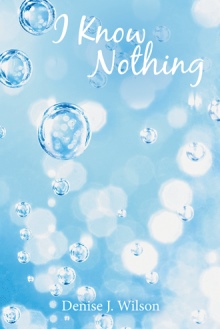 Meet Denise Wilson, a fairly conventional woman whose successful but uninspiring life is about to be turned upside down.  Her partner of fifteen years has decided she’s not the right girl for him.  He wants “options.”  Simultaneously, the housing bubble bursts and with it goes her six-figure job as an interior designer for a large spec builder.

At age fifty she’s faced with a blank sheet of life in front of her and not a single idea what to do with it.  So she buys a ticket to Maui.

“Nothing Matters” is an entertaining spiritual road trip taken with a good friend.  It has all the requisite elements of a good story:  quirky characters, serendipitous events and an unexpected ending, all told with a deft sense of humor.

“Nothing Matters” is the literary equivalent of “Eat, Love, Pray” running smack-dab into “The Power of Now.”  Part travelogue, part transformational journey, “Nothing Matters” puts the “light” back in enlightenment.

Denise Wilson grew up in Northern California. She attended college in Spokane, Washington, where she majored in sociology. She eventually settled in Tacoma where she lived various incarnations as a wife, mother, real estate agent and interior designer before moving to Hawaii.