Be the Second Coming

Guidebook to the Embodiment of the Christ Within: A Personal Journey, Our Collective Destiny 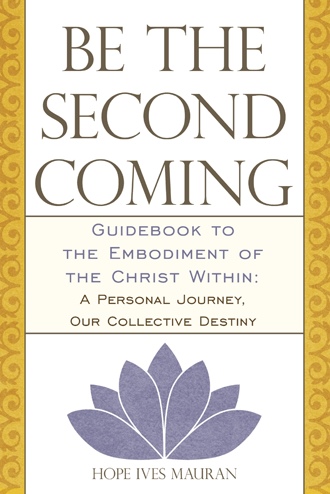 Preface
This book is an invitation to see the world and your own potential in a completely new way. The rather bold title, Be the Second Coming, invites the Christ to return. And indeed, that is what this guidebook offers—not in the form of a new messiah but in the form of the messiah that lies dormant deep within you. The risk in reading the book is that you may experience a total change in your frame of reference. You may come to realize that all the powers Jesus demonstrated lie inside you! In truth, you are the living Christ; we all are. The bridge to allow access to such a gift is the lens of unity consciousness or seeing “all as one.” The consciousness of Christ sees all as one. In seeing yourself and everything around you as an extension of yourself, you enter the kingdom of God, and the world becomes a completely new place.

This is not a religious book written for Christians but rather a book about the essence all humanity shares. It is a book for people of all faiths and paths. Please don’t let the word “Christ” keep you from this treasure. “Christ” is simply a title that means “one who embodies God.” All people carry the same inner spark of God and may find this guidebook to be useful for the journey to the Christ within. It’s like a Fodor’s Travel guidebook, with all the information you need to guide yourself on an internal journey to your Christ self. This book will describe what your Christ self is, what is needed to bring it out in you, what it changes in your life, and how to recognize its presence in your life. This book even includes guidance on what to “unpack” and leave behind in order to express your inner Christ, because your inner Christ is something you uncover; there is nothing you can add to yourself to get to it.

This guidance was gifted to me so that I could share it with you. Jesus Christ himself offers this guidance; I have simply translated it into words. I offer my conversations with Jesus here, conversations I have in my head in the same way that I speak to my spirit guides or my higher self. I hope their grace will touch you in your journey through these pages.

The writing process has been transformative for me. Each time I have edited, the landscape has become more clear and thus, becoming the Second Coming has become more possible. In rereading this book, I have found deeper meaning and more ways to recognize, access, and empower this part of myself. In sharing the stories that I have included, I have realized that I had expressed the Christ within myself all along; I just hadn’t used the word Christ before. I hope that as you journey through these pages, you too will recognize the Christ that you are and have been all along and be further opened to freeing its power to transform your life and the world we all share.

Shortly after we began doing the meditations together, Shadrach became quite urgent, trying to get through to me the importance of what I was being asked to do: “You must understand the global impact you can have if you can harbor your energy to allow its allocation for this end. All that you have done up until now has been preparation for the real work that needs to occur now. This may seem melodramatic or urgent to you, but it is true. Imagine you have five months to live, and in that time, you must save the world through your meditation. It is that important. Live it, breathe it, be it, enjoy it. You find the time and the energy, and I will guide you.”

His statements were rather fantastic. He even wanted me to get a chauffeur to drive the children so I would have more time and energy for this work! Who could you tell this stuff to? Nevertheless, I did try to find more time and take it seriously. I didn’t go into the experience expecting to see the results of the work confirmed; I did it simply as a willing student.

Balancing the Earth’s Energy Flows
In the spring of 1999, I practiced in earnest the series of meditations or visualizations for the earth that Shadrach had been exhorting me to do, wondering if they really would have an effect. I soon saw that they did. The energy flow within the earth affects how people feel and act upon her, and conversely, people’s actions affect the energy of the earth.

In 1999, there was turmoil in the Balkans. Slobodan Milosevic, president of Yugoslavia (as reported in the New York Times) had “been central to four consecutive Balkan wars—in Slovenia, Croatia, Bosnia and now Kosovo—over the past eight years.”3 There were 740,000 ethnic Albanians forced to leave their homes in Yugoslavia, along with stories of mass killings and brutality. In late March, NATO forces had been bombing the country in an attempt to oust Milosevic and his Serbian Army. On April 1, I began meditating on the earth in Yugoslavia from my home in Connecticut.

If you could imagine you were a satellite circling the earth or that you had a view from the moon, you could perceive that an energy blockage on the earth was contributing to this destructive situation. War after war, neighbor killing neighbor … that is not how you would think people would choose to live. One reason that people act this way is because of the earth’s energy beneath their feet. It also has to do with their patterns of (often shortsighted) behavior or the behaviors of their ancestors that set destructive processes in motion.

In my meditations, I was able to balance the earth’s energy flow by visualizing that I was high above the earth, looking down upon her From that perspective, I could see the distant land and somehow also the energy movement within it. Where it was blocked, I freed its flow by finding what was blocking it (sometimes deep in the earth) and removing it. I did this repeatedly, always assisting the energy of the earth to flow at a suitable rate, neither too fast nor slow, and to distribute the energy to those areas that had not been reached. As energy flowed to areas without it, the energy was absorbed like water into thirsty land. It was a relief that I could literally feel.

I could see the change that occurred in the land as I worked on the energy flow each day. I removed red rocks from blocked energy arteries, and the flow of energy to those areas increased and brought immediate relief. The areas felt and looked very different from the rocks around them, and removing the rocks was like removing splinters. Over time, the land relaxed. When I didn’t know how to remedy the situation, I would ask for guidance. I prayed over the land, loved it, radiated warmth to it, broke up hard crusts on it, and did whatever else it called for.

All of this occurred as I sat on my floor in Connecticut, typing out what I was doing on a laptop. Anchoring myself in the physical action of typing kept my mind from wandering too much.

Milosevic Meditations
As the land relaxed and the energy flowed smoothly, I was directed to visit the people living on it. I first balanced the earth in the Kosovo area on April 24, which is when I began visiting and blessing Slobodan Milosevic, then president of Yugoslavia. I started visiting many others on May 1, a week later. I acted from faith, knowing that what I was doing was beneficial on some level.

Be The Second Coming is a timely and timeless “how-to” for connecting to the divine presence that is within each of us.

Practical exercises will help us to see “All as One”, which is the bridge to seeing as a Christ sees.   Learn to see the structures, people, animals, and the very earth around us as part of who we are in the largest sense.  In seeing this way fears and limitations can drop away, enabling us to relax in a new way, giving us the power to transform our lives and the world we all share.

The author’s story begins as she is told she had agreed to embody Christ consciousness. As her spiritual journey unfolds, she shares conversations she has with Jesus Christ, offering a road map for awakening the Christ within us, thus making the path to Christ consciousness a possibility for each of us.

Poignant, and at times humorous BE THE SECOND COMING captivates and enlightens while it offers insight into what is happening on earth now that supports our embodiment of the Christ.
Learn:
• To see “All as One”
• Jesus’ instructions for manifestation
• To converse with our own guides
• The  miraculous power of Christ consciousness


BE THE SECOND COMING creates a vision for a life that is boldly empowering and deeply hopeful by offering a path for a return to heaven on Earth.

Hope Ives Mauran translates wisdom from the spiritual dimensions, awakening us to the depth and vibrationally choreographed perfection of the world. Her works empower us to see the Earth with new eyes and to step into the role of co-creators with the Divine. She lives in New York state.