Another Arm of the Hydra 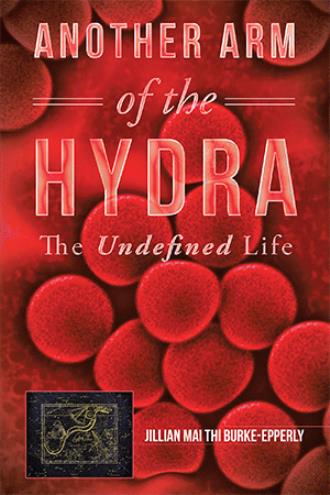 Let me hit you with some really interesting facts. There are 5 million, trillion, trillion microbes on planet Earth made up of hydra, born from water and during its evolutionary conversion developed the Universe with diverse life. All humans have approximately 39 trillion immortal germline cells made up of diverse hydra and 30 trillion somatic cells made up of other supportive microbes acting as soldiers and specialists developing resources, and artilleries necessary to defend and ensure its own existence. Each immortal germline cell developed its own community to evolve and adapt and discard what did not work and merge in with those who can support its advancement, called symbiotes or sustaining a symbiotic relationship. In a perfect world, diversity gets along “swimmingly”, and everything is peaceful, productive, balanced, and innovative. Unfortunately, the collective life as we know it, is not in that stage of development. Life as we know it is at war with itself, each other, and is also embarking on a new stage of existence. Planet Earth, which is a microcosmic reflection of other worlds and planetary/solar systems in outer space is actively going through an aggressive evolution built for the change of climate, which has also happened before based upon evidence from antiquity, and most humans are resisting the changes, while some are realizing they must ride it out and hope they survive. The 4th Turning We are in a Great Reset which started in 9/11/2001 during the beginning of the 4th Turning and the end of an 80-year cycle divided into 4 turns. Each turn lasts approximately 20+ years and those years could be war, peace, innovation, and prosperity. For example, let us take the United States of America and our war for independence. You see every 20 years major innovation and significant events happen and at the 80-year mark, a climax or a great turn of events happen. If you ever studied domestic violence, there is a term for it called “the cycle of violence” and each progressive cycle of a tension building phase, the explosion or actual energetic sequence ends up in an evolutionary outcome; either someone dies or someone leaves, or a new life and innovation develops from leaving that relationship of ideas, people, places and things. What I have suggested sounds like a conspiracy theory, but with any theory, there are layers and layers of reasoning behind the theory. Since mankind with unfettered access to resources has proven to be too smart for his/her own good in certain circumstances, mankind can also destroy himself, when given the chance because he also strategized himself into a corner he or she cannot get out of. In order for all mankind to survive this 4th turning called climate change, mankind must be able to let go of all preconceived notions regarding politics, religion and scientific dogmas and be open to evolutionary thoughts and ideas, even if they conflict with their own. In order to save mankind, mankind must find a way to evolve into a more adaptable, dependable, strong, and intellectual species. This line of thought also applies to the individual, not just the collective. Which means the old ways of doing things and living in homogenized and compartmentalized societies are going to the wayside, and a new innovation full of diversity is awaiting. What does this mean exactly? Each phase of the turning involves the human species and animals harboring trillions and trillions of intelligent microbes all trying to survive and reproduce at the same time, but once the energy or hydra converts to the new model, the old model disappears, and the new model emerges. Humans and animals in the past were bred to meet specific needs, including reproduction, survival, and death, just as they are today. By the way, yes you can stay alive during this energy conversion and all energy conversion in the future (living indefinitely), but it is painful. You must also prepare your body, mind, and spirit for the next turning because it is happening, and you are seeing many people refuse to assimilate and survive the rebirthing process and those are the died suddenly people.

In light of the fact that human-hydra cannot be created and destroyed, but can only be converted, what exactly is the goal of the conversion process? Are humans capable of adapting to climate change and staying alive within an open system, or do they need to die in order to reproduce another molecular representation of themselves defined by mucus, disease, or embryogenesis, within a closed system? Using science and allegorical etymology of words used to compartmentalize society, this book reveals aspects of the unseen world. In spite of the fact that most humans do not realize this, the unseeable molecular world greatly resembles the visible world. The cultures of micro-levels and macro-level colonies develop advanced communication that explains ongoing actions and reactions by using meanings, stories and intentions that can be converted into other storylines and simulations/civilizations. In politics, religion, and science, what used to be absolute may not be so absolute as we thought. All of these words represent the same thing, called change, conversion, and evolution: evolution, adaptation, mutation, entropy, negentropy, senescence, differentiation. And so when different words separate people in their respective homogenized groups, they do not realize they speak the same language and intention, only the words are different. The time has come to realize that words create worlds and that learning a new word is opening oneself up to different worlds. If you cannot embrace change, respect those who can. Diversity does not discriminate.

A product of Generation X, Jillian Mai Thi Burke-Epperly created Jilly Juice LLC in 2016, which evolved into something more abstract, in 2022. Rather than being absolute regarding health and wellness expectations, she had to peel back layers of programming compartmentalizing a society full of blind spots. Furthermore, she had to write her third book online using bits and pieces of data that her community fed her either knowingly or unknowingly. This was so that she could finally fill in the gaps in her background and identify the unique backgrounds of her readers. Throughout the process, she developed relationships with people and then disengaged when necessary. Her disengagement allowed her to understand her own motivations and what motivates other people. To connect all the dots, she also had to self-study Mathematics, Physics, Biology, Chemistry, Allegory, Literature, History, Social Studies, and even social media. In a world ruled by absolute definitions, Jillian developed another arm of the hydra, the undefined life she had defined through her intention.