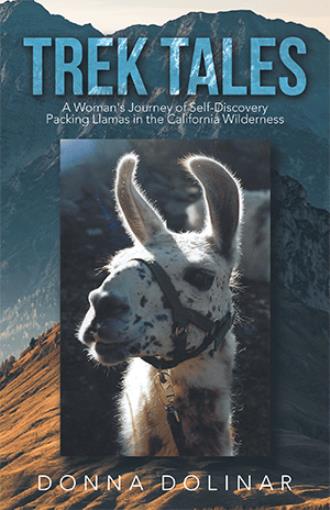 That night we had a nice dinner and included the ranger to thank him for his assistance. We had chicken cordon bleu, rice, salad, and wine. The ranger was duly impressed since it was quite a bit better than what he had planned that night for dinner. I was thankful for his appreciation for good food in the backcountry, but this was also a selfish act on my part. I wanted to eat as much food as possible to lighten the load for the llamas. Our trip was planned for a four-night, five-day outing and now we would be packing out on day four. I would also need to pack out Bill's gear on one of the llamas. We went to bed about nine o'clock that night and at about ten-thirty I heard some yelling in the distance. It was getting closer. I listened closely for a while, checking my watch and trying to figure out what all the commotion was about. “Are they yelling ‘search and rescue’?” Bill suggested. He was right. I quickly jumped out of the tent and yelled, “We’re over here!” I could see headlamps bobbing up and down, coming up the trail, and hear the two short-of-breath men approaching our camp. I was astonished as they approached, exhausted. By that time, everyone was awake, and the ranger was at our camp as well. The search and rescue guys explained that this was their third rescue of the day, and that the helicopter had dropped them off in a meadow a couple of miles down the trail and they ran the rest of the way. They assessed Bill’s injury and let us know that they would radio the helicopter at first light and take him to Bridgeport. I served some food and water to the rescuers, then they each leaned up against a tree, turned their headlamps off, and dozed off for a few hours of sleep. At first light, which was around five or five-thirty, the search and rescue guys were down by the lake on a large granite peninsula. I was up and dressed when I heard their radios. Then everyone was up except for Bill, who was sitting up in the tent and asking for updates. The rescuers set off a smoke bomb to help the helicopter pilot to determine the winds and safely hover for the pickup, and we watched the red smoke go up into the air. The radio communications between the search and rescue, the helicopter pilot and the Navy medic were complete. The Navy medic arrived by helicopter to assess Bill. After that, he instructed Bill about how he would be carried down to the lake wrapped in his sleeping bag then placed in a harness and attached to a cable that would hoist him up to the helicopter door. We had a plan. My job would to be follow them down and grab the sleeping bag, then head back to camp. I made sure the girls were safely behind a large rock and that the llamas were tied securely away from the action. I needed to know exactly where Amy and Liz were going to be, and I wasn’t sure how the llamas were going to respond to the helicopter noise and air currents. Bill was carried down to the lake by the two search and rescue guys, the Navy medic leading them down. We could hear the helicopter approach. Everything happened quickly and just as planned. I grabbed the sleeping bag as he was being placed in the harness with the medic and off I went, running up the hill. I didn’t hear anything from the direction of the llamas, but I did hear the girls yelling, though I couldn’t hear them clearly over the noise of the helicopter. My first thought was that something was going terribly wrong behind me, and Bill was in danger. As I got closer, I could finally understand what they were saying, and, in that moment, I wanted to strangle them! They were yelling, “We ran out of film!” They wanted me to somehow deliver them more film, so they could capture the moment that their dad was being hoisted into a helicopter. The helicopter noise quickly dissipated into the distance, and we all took a deep breath and headed back to camp to ready ourselves for the rest of the day. Norman and the search and rescue guys were lagging, chatting up the big adventure. Shortly after, one of the guys took a call on his radio then yelled out to everyone that Bill was fine. The X-rays showed there was no fracture, just a massive hematoma. After he finished up at the clinic, the sheriff would drive him over to a hotel in Bridgeport. We could meet him there, but first we had to get to Bridgeport! I was a little jealous Bill had gotten back to the front country so quickly, but I was very thankful he did not have a broken leg and that he would be staying local instead of being sent to a bigger hospital. We celebrated with gratitude by having a big breakfast with the remaining campers, the ranger, and the very hungry, very tired, very-committed-to-their-volunteer-job search and rescue guys. The helicopter must have come back for the search and rescue guys, but I have no recollection of whether they walked out, hitched a ride back from our camp, or hiked a portion then helicoptered the rest. I must have been stressed out and focused on packing up and hiking out. A lot of the food had been eaten so the llama packs seemed manageable, and Bill’s pack would tether on top of Montana’s packs with the tent nicely. I had the saddles on and the packs balanced in no time. Norman, Rina, Amy, and Liz had all pitched in to break camp and get going. We had nine miles to get back to the car and the morning was getting late.

Trek Tales will inspire your love for adventure, nature, and llamas. The author describes her longing to be in the wild places and to spend more time in nature. On this journey she adopts two amazing llamas and trains them for backpacking. She also meets a friend on a similar journey with her llamas. Together, for many years, they provide friends and family many wonderful backcountry experiences in the California wilderness. The food, scenery and comradery of these adventures draws people together in community with one another. Some trek tales are harrowing and others humorous, but all of them are true.

Donna lives with her husband, Bill in Los Barriles, Mexico in the winter months, and their cabin near Sierra City, California in the summer. She continues to hike, bike, swim, and kayak as much as possible in both places. She also loves to garden, travel in her camper van, and enjoy time with friends and family.