Tap Into The Power Of God

A Guide To Spiritual Growth 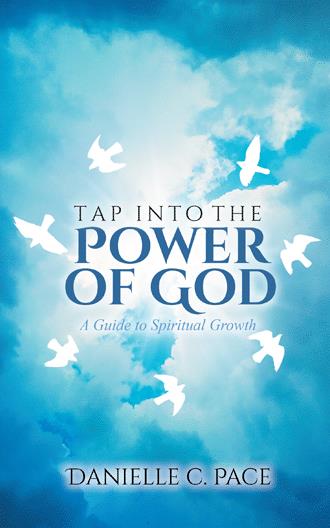 Chasing or Being Pursued? “For as this appalling ocean surrounds the verdant land, so in the soul of man there lies one insular Tahiti, full of peace and joy, but encompassed by all the horrors of the half-known life. God keep thee! Push not off from that isle, thou canst never return!”- Herman Melville “Moby Dick”, CHAPTER 58, The Brit. Paragraph 12 As Ahab faced the great whale, I’d like to think the sea held it’s breath in rapt suspense at the encroachment of man and the battle to be waged for it’s own eminence. As it railed at man’s audacity, did it cheer for the great Moby Dick? We all must face down our demons whether those of our own making, or those provided by outside sources strictly to confound and confuse us. Those elusive answers, why am I here, what is it all for, I had been chasing in my thoughts and not finding any good answers. The chase almost destroyed me as Ahab’s relentless pursuit of the great white whale destroyed him. But suddenly the keeper of all those secrets, that great entity, my own Creator, turned around to confront me, to question my compulsion for answers. He turned the tables to show me what I sought with my thoughts, barraging me from all sides and it was equal parts terrifying and exhilarating. Terrifying because I couldn’t be sure this was not some demon come to torment me. Exhilarating when I was sure it was my savior come to rescue me. And I was tossed about like Ahab’s ship, The Pequod, without shelter, in an open sea, rudderless. The storm had come. God came to show me He was the rudder, and the keeper of all the knowledge that could calm the mighty sea. When He turned to face me, I knew I had been naive to pursue what I could never comprehend. I tried to turn from this entity, back to the unasking, the unknowing back to making my way unaware of His persistent presence and His dominion. But as Melville said so rightly, I had pushed off from that isle. It was too late to turn back. But now, I was no longer chasing, I was being pursued. I had been living my own version of the half-known life, when this began, I was depressed, angry, addicted to alcohol and I wanted to leave this confounding world and be at peace. I knew there had to be something more meaningful than this depressing life. Soon clues to the puzzle began appearing everywhere. As I started unlocking and deciphering them, my life, my “one insular Tahiti”, slowly became filled with trials and tribulations not unlike a great storm on the ocean. I was traveling into that storm and found I couldn’t turn back. The ocean was roiling around me and fear overcame me. In hindsight, I believe this was The Great Universal Spirit drawing me in to confront me. It was within this storm, and seeing n way out, that I cursed God, certain that he was against me, as my ego kept assuring me. My ego would not admit defeat and surrender to God. It couldn’t. And so, the battle began. The war between my ego and my God. This is a book about that struggle and the resolution which led to my ultimate surrender and placing myself under God’s management. Somehow facing this storm changed me spiritually. I can see now that all of the tribulations I faced during my life were because I was meant for something more. That the life I was living was not a life to be proud of, and not the one God wanted for me. I can’t explain the storm that confronted me or how I had somehow, in my suicidal blundering and constant pursuit of meaning, wandered into it. It seems I had an overabundance of faith in my own abilities and I had lost faith in anything but my own ego and so the storm came to test me. I was certain that I could figure a way out of it on my own. Circumstances began to seem far from circumstantial, as I seemed to be chased farther into the storms depths, more delusional and more depressed. I was confronted with the duality of this world. The good and the bad of it. The ambiguity of choices, thoughts and unintended results. Even though I meant well, my decisions back-fired. Each decision I made in seeming good faith producing unforeseen consequences. I felt I was being chased into some invisible snare that changed shape to encompass me after every seemingly cautious decision I made. When I finally lost all faith in my own abilities to escape impending disaster, my ego convinced me, the only escape was to end my life. I know it was not, and could never have been, a logical choice. Even in hindsight I wonder how I could have been so misled.

This is a book about building a strong connection to the Great Spirit of the Universe. The author explains her journey through the 12 steps of AA which she has made generic for contacting God daily and hiring God as your new manager so you may devote your time to being happy, joyous and free. Why waste one more day trying to control everyone and everything. Take 12 easy steps which teach you how to turn over all of your fears, issues and dilemmas to the Great Spirit of the Universe to handle. Don't let your ego mess up one more day of your life, your relationships, your health and your happiness. Hire God as your new manager.

Danielle has been writing most of her life but mostly in code, as she is a software developer by trade. She recently started feeling the urge to put pen to paper and explore the world of words which has always fascinated her. She began with writing and publishing a book of poetry “Twisted Lines” in 2018 after feeling some divine inspiration. This latest book came about after an early morning wakeup call by her manager requesting a book on her adventure with the 12 steps of AA, and a generic version of the 12 steps that could help anyone who is embarking on a journey of spiritual growth. Danielle feels she was led to the halls of Alcoholics Anonymous when a bout of depression had taken over and self-medicating with alcohol led her to feel even more hopeless. In desperation she turned to AA. In AA she found a solution in the 12 steps, which helped her to place herself under God’s care. Having had a spiritual awakening, as a result of doing the 12 steps, she then let God take over as the manager of her life. Danielle’s spiritual journey isn’t over, but she wants to share the steps she took in the beginning for anyone who is unsure where to start. Here’s hoping that your journey will lead you to a world that is happy, joyous and free! Danielle grew up in Orange Park, Florida, lived for some years on the Big Island of Hawaii and in St. Petersburg, Florida and now resides in Naples, Florida.