Opening a Can of Words 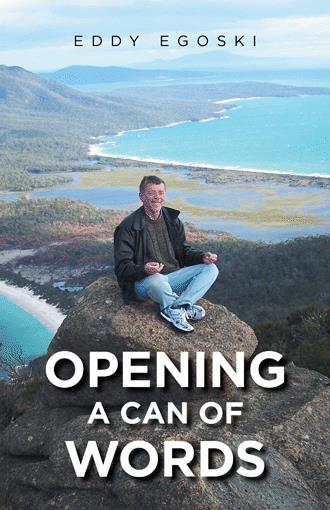 THE PENNY DROPS One Sunday evening, I was alone in the lounge, drinking claret out of a coffee cup and still awake, when I heard the noise of someone shuffling up the front stairs. I opened the door to find George muttering something incoherent and being unsteady on his feet. Immediately, I felt an inner rage and instinctively yelled at him: “How dare you come home in this state!” And then, “Why don’t you get a rope and hang yourself!” I repeated this for effect: “Why don’t you go and hang yourself!” Now, there were occasions when I can distinctly remember raging about something, only to find that I had no memory of what I had said the next morning. Alcoholics have blackouts where they do terrible things and have no recollection later on about their appalling behaviour. Thank goodness I remembered! My wife, Bethany, heard what I had shouted, along with Tristan and Jane. More importantly, I experienced a realisation of what I had become and what I had said. I was stopped in my tracks and ready to do something about my “problem”. Bethany explained that I was between her and the phone and she was on the verge of calling a taxi and taking herself and our children away. In the days before the internet, I would look up addresses and phone numbers in the telephone directory. Curiously, I had already flipped through the directory to locate the Alcoholics Anonymous number for Hobart. On Sunday evening I was in no condition to ring anyone, but the next morning I woke up early and went to work. I remembered what had happened the night before and was still resolved to seek help for my excessive drinking. After ringing the AA number, a “live voice” answered, and I asked whether there was an AA meeting on that Monday night. Shirley assured me that there was, and I would be most welcome to attend at 8.00 pm. I continued my work throughout the day, and even though I swore off alcohol yet again, I had a couple of glasses of claret to steady my nerves, prior to driving myself to the meeting. There were about 14 people at the gathering which was held in a room near what used to be the Queen Alexandra Hospital where my brother, Jamie, was born in 1959. The date that Monday was the 7th February, 1994 – the feast day of St Theodore – the name given to my Dad, Teodor. I had the gift of desperation and the gift to listen to each person who spoke at that meeting. Lo and behold, I actually identified with each person who shared their story of alcoholic drinking. Like me, they noted that some of their drinking was quite successful, and they escaped with only a minor headache. However, as alcoholics, their drinking progressed as time went on, and they eventually lost the ability to have any measure of control over how much they drank. When I arrived at the meeting, I expected to see a group of “down and outs” but, to my surprise, they all seemed quite normal. They were well-presented, well-spoken and sober! Sobriety ranged from two or three weeks to 14 years – something I could never imagine achieving! I left the meeting in a daze and with a massive overload of images. There were banners on the wall – something about 12 Steps – and a Serenity Prayer written in Gothic. Another banner was titled “The 12 Traditions” which declared in Tradition 3 that “the only requirement for membership is a desire to stop drinking”. I was actually given that desire to stop drinking right from the first day – one day at a time! After the meeting, members encouraged me to “keep coming back”. I learned that it is the first drink that does the damage by setting up the craving mechanism for another and another. After 25 years of drinking, I was also told: “Don't kill yourself in the first five years, or you will be killing the wrong person!” I came home to Bethany after that first meeting and told her that I had found a group that would help me. Of course, she had every right to be sceptical of my newfound support. However, I went back the next day to another meeting of AA and discovered another group of people who were at various stages of recovery. This Tuesday night meeting had a sign outside facing the street that announced: “AA meets here at 7.00 pm on Tuesday.” I had passed this sign many times and wondered what sort of people would be desperate enough to attend one of these gatherings! Two meetings had passed, and no one asked me to speak until the Wednesday meeting. I stammered out the words: “I'm Ed, and I am an alcoholic!” This statement was the beginning of my recovery. I did not say “I think I may be a bit of a heavy drinker” or “I might be an alcoholic” but, “I am an alcoholic”. Effectively, I had done the first step in a “we” company: “We admitted we were powerless over alcohol and our lives had become unmanageable.” It was a liberating feeling to acknowledge my alcoholism after 25 years of drinking! My behaviour in the company of my loved ones alone, showed just how unmanageable my life had become. Not only that, I drove without any insurance and had no recollection how I acquired a dent in the car. I had periods of blackouts where I had no memory of what I said and did the previous night. Alcohol removed my frontal cortex's ability to make sound judgements. Telling my son to hang himself was at the extreme position of this kind of destructive behaviour.

As a practising alcoholic for 25 years and a recovering alcoholic for 28 years, I have a wealth of experiences in both camps and feel that others will be able to identify with my story. I see myself as a common, everyday garden variety alcoholic who has somehow managed to live soberly with an illness that continues to claim the lives of so many other people. As well as being an alcoholic, I am also a member of Al-Anon - a group that helps people who are affected by another’s alcoholism or drug addiction. In this community I am learning how to be a caregiver rather than a caretaker of other people. As a practising Catholic, I have combined the Alcoholics Anonymous and Al-Anon Twelve Step programs with my faith tradition.