Gifts from the Earth 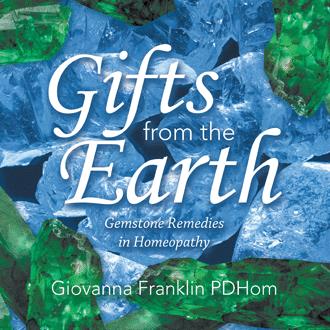 CHAPTER 1-ROSE QUARTZ The source: Rose Quartz is mainly composed of silica with an exquisite pink colour. The pink colouring comes from traces of manganese. Unlike other natural crystals, rose quartz is not found in individual formation, rather in groups of expansive formations. The stone also has the characteristic of asterism: this is the star shaped effect on its surface under a strong light. This is true of most gemstones, however, in rose quartz, the effect is apparent when the light is shone on the opposite side of the stone, rather than directly. Rose Quartz is a semi-precious stone and this is a good time to explain the difference between a precious and a semi-precious stone; there are three criteria to assess the quality of a stone: -rarity -hardness -light refraction If a stone scores high on all the above criteria, it is considered a precious stone. Rose Quartz is relatively common and found in many countries. It is not particularly hard, it chips and breaks easily. For these reasons it is considered a semi-precious stone. From source to keynotes: The pink of the stone is universally recognised as giving a sense of warmth, love, gentleness. It is worth noting that in this context, the colour does not refer to the female gender in particular. The connection with the idea of feminine when it comes to this colour is a relatively recent one: in Victorian times pink was a colour commonly associated with masculinity, while blue was considered a quintessentially female colour. As a remedy, Rose Quartz is not identified with a particular gender and I have prescribed it to men and women equally, as pink is the colour of the heart chakra (the heart chakra is identified with the colour pink or green). The expansive formation gives us the clue as to the lack of emotional boundaries, the limitless of love. The light that shines through is the light of love that shines from within. Unsurprisingly, this crystal is known as the “Love Stone”, which unlocks the heart chakra to various forms of love. General Characteristics: -Affinity with the Heart Chakra, opening it to heal unresolved emotional trauma -Grief -History of sexual abuse, particularly by the Father -Infertility -Lack of energy “Rose Quartz has been described as a creator of balance between yin and yang and a tuner of the chakras” Colin Griffith, The New Matria Medica Who needs this remedy? Anyone who has been caring for a loved one and feels exhausted and depleted. The typical picture is the patient who “gives too much”. Mothers who give their whole time and energy to their children and end up neglecting themselves; carers, therapists, homeopaths who dedicate so much energy to their patients that they become ill themselves. These people tend to have poor energy boundaries. We call them “empaths”, they pick up other people’s negative energy very easily. On the other hand, those who find it difficult to open their hearts to express their emotions can also benefit from this remedy. Some people find relationships hard to manage, because they don’t allow themselves to show vulnerability, which is what love requires of us. Miasm: cancer Compare: Ignatia, Carcinosin, Natrum Muriaticum CASE STUDY A lady in her fifties came to see me about her fibromyalgia. Her main complaints were: -chronic fatigue -muscle pain -depression The first thing I noticed about her was how softly spoken she was and how gentle she looked. She was divorced and her children were grown up. I asked her to tell me a bit more about herself and the following came out: -her husband was emotionally abusive and manipulative -she had been looking after her mother in law until she passed away and that is when she started to feel the first symptoms of fibromyalgia -she had been through a lot of hardship in her life, since childhood, yet there was no trace of bitterness or anger in her voice. She was a person who could not say “no” to others in need. For example, one of her favourite activities was volunteering to help the homeless. One of the key pillars in her life was her religion and deep spiritual beliefs. ANALYSIS From previous experience, I could see the typical picture of fibromyalgia: someone who has very weak personal boundaries and gets “invaded” by other people’s demands, neglecting their own need until they have nothing left to give, they are energetically hollowed out. Carcinosin is the remedy that fits this picture and that is why I often use this remedy as baseline in such cases. However, the spiritual element and, most of all, the complete lack of recrimination, anger or resentment made me think that she had a finer quality, something that I often see in patients who need a gemstone remedy and so I also gave her Rose Quartz 1M. FOLLOW UP Two months later I saw her again in my clinic and she looked tanned and healthy. She told me she had just come back from Australia, where a friend of hers lives and had invited her over. This was an open invitation that she had always ignored until then, because there was always something more important to do, usually involving other people’s needs. This time she decided to ditch everything and go. She did something for herself for the first time. She even asked her son to look after her home and supervise the work that was being done while she was away! She said she felt more energetic and relaxed; of course the holiday worked its magic too. This change of energy and realization that “allowed” her to think about herself is what Rose Quartz initiated.

Natural gemstones are sought after for their beauty and the mysterious energy we feel in their presence. So much has already been written about the use of gemstones in meditation and healing. This book explores a completely different way of looking at precious gems: through the homeopathic process, the vibrational energy of gemstones becomes amplified, so that the resulting remedies can be used as powerful healing tools. This work is the result of six years of exploration and clinical practice. The homeopath’s notes and case studies offer an overview of the healing potential of twelve gemstone remedies, some of which have only recently been added to the homeopathic Materia Medica.

Giovanna Franklin is a qualified homeopath based in the UK. As well as running a busy international practice, she also works with students of homeopathy as clinical supervisor. She has organized workshops and courses on homeopathy over the years and this is her debut publication. Website: Homeopathyheal.co.uk Contact: info@homeopathyheal.co.uk