Root Canals, Disease, and what the Dental Profession Refuses to Acknowledge 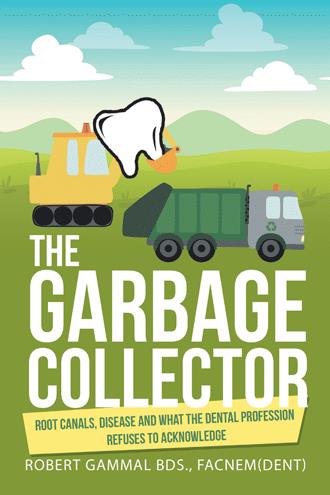 Cancer – the unmentionable Taboo As mentioned earlier, there are many diseases that can be caused by and associated with the presence of dead teeth in the body. The association with cancer predates 1900 and even though it is well reported in the dental literature, still remains the single greatest taboo in dentistry. Very simply, root canalled teeth are not allowed to cause cancer. They’re not even allowed to be dead! There is a blanket denial that these teeth can cause any disease, but cancer is the big one that causes every PTO to freak out. I was honoured once by the president of the Austrian Society of Oncology, Dr Wolfgang Köstler of Medical University of Vienna. We were both speakers at a cancer conference in Darwin, Australia. Over drinks one night he came and congratulated me for the talk I had given that afternoon. I thanked him, but I felt like it was too great a thank you, as I was the only dentist, and the rest of the presenters were all professors of medicine and half were themselves oncologists. I said something along these lines to him and he laughed out loud. Followed by; “we are all trying to treat the cancers we see in our patients. You are the only one talking about one of the biggest causes. This is most important.” Sadly, not one Australian oncologist attended this international conference, neither did the AMA nor the ADA. Endotoxins Endotoxins are the toxins produced by anaerobic bacteria. Endotoxins are mostly found in the outer membrane of Gram-negative bacteria. They are an integral part of the outer cell membrane and are responsible for the organization and stability of the bacteria. They are also called Lipopolysacharides or LPS. Many are deadly. Many can cause cancer. It is well known that endotoxins are found throughout the depth of the dentine tubules and that they leak easily from the tooth. The dental research is full of studies that have looked at every conceivable method to eliminate these highly poisonous substances from a dead tooth, all to no avail. To date it remains an unsolved problem. A study from 2014 shows that even though the root canal procedure reduced the levels of endotoxin in all teeth studied, the fact remains that no matter what procedures were done, all of the teeth were still loaded with endotoxins. Even though the levels may be reduced by some of these procedures, the fact is, that the bacteria that produce these toxins, remain in the dentine tubules. There they continue to live happily and keep making more of the same toxins as before. There is no way to eliminate or contain the bacteria that produce these substances. Perhaps this is what the endodontists are calling “Physiological Balance”! All root canalled teeth will contain levels of endotoxin that will affect your health. There is a world of difference between reducing some of the endotoxin and removing it all. Even at low concentrations, these endotoxins have profound effects on the immune system. “This molecule is recognized by the human host as a foreign, eliciting a potent immune response that results in the release of different pro-inflammatory cytokines....” Root fillings do NOT block the passage of these toxins. They escape readily through the accessory canals, dentine tubules and the apex of the tooth, (no matter what the tooth has been filled with) and will then be transported through the body. Dr Weston Price stated 1923; …“soluble poisons may pass from the infected teeth to the lymph or blood circulation, and produce systemic disturbances entirely out of proportion to the quantity of poison involved”. In 1975 the J. of Endodontics published, that endotoxins are potent biological agents capable of initiating a variety of biological responses: “Pyrogenicity, Schwartzman’s reactions, inflammation of skin, vascular and hemodynamic effects, abortion, immunotolerance” The toxicity of the endotoxins has been demonstrated by injecting them into experimental animals. After repeated injections, there was severe liver damage, and the animals died within weeks. Inflammatory and degenerative changes were found in all other organs, especially in the joints, muscles, and blood vessels. This is precisely what Dr Price was finding in the 1920s. Unlike the modern claims that Price’s work has been proven to be false, the more recent research completely supports these earlier findings. “…transformation of a normal cell into a malignant cell requires a certain quantity of a carcinogen - the carcinogenic minimum dose. It does not matter whether this quantity is supplied in a single dose or in a number of smaller doses, because the toxic effects of each dose are stored, and accumulate without loss.” Endotoxins escape more readily from teeth than do the bacteria producing them. They pass easily through the dentine tubules. Endotoxin is found in dead teeth, with or without pain. This flies in the face of endodontic teaching that claims bacterial presence only if pain is present. Just as they claim a lack of infection if the bone looks normal on an x-ray. Endotoxins have a wide variety of effects in the human body: • They interfere with blood clotting. I have seen many patients who were regarded by their doctors as ‘bleeders’, until the dead tooth was removed. Then miraculously and almost suddenly they stopped being bleeders. • They alter the development of nerve tissue in the brain, and they also damage nerve tissue in both the developing and adult brain. • Endotoxins are Neurotoxic. They kill nerve cells. • They alter transmission within nerve fibres and may have other far reaching and varied effects including headaches, nausea, vomiting, depression, personality changes, nosebleeds and breathing difficulties. • They’re associated with miscarriage and low birth weight children. • They’re associated with Coronary Heart disease, Stroke and atherosclerosis. • They cause allergic sensitivities. • They cause bad breath. • They’re cytotoxic (they kill cells) • They reduce the ability to breathe and will affect lung function severely … Asthmatics are at greater risk. • They cause cancer

The dental profession is self-regulating and relies heavily on clinical observation rather than published science. Consequently, dentists still are taught to leave dead infected gangrenous tissue in the body via root canal therapy. The dental profession refuses to acknowledge that dead teeth can cause systemic disease. Meanwhile, the medical profession remains largely unaware that their colleagues in dentistry are providing them with a substantial income. This book aims to give you information with which to make a more informed decision about one of the common treatments that dentistry may offer you. The information may also be relevant for anyone dealing with a degenerative systemic disease. After reading this book, you’ll know more about how dead teeth can affect your health than ninety-nine percent of dentists worldwide. You’ll also be more discerning about finding a dentist who is trained enough to help you. With cancer rates increasing, autism rates rising exponentially, and IQs dropping across the board, it’s time to take a careful look at the practices of modern dentistry.