The Perils of the Green Stone 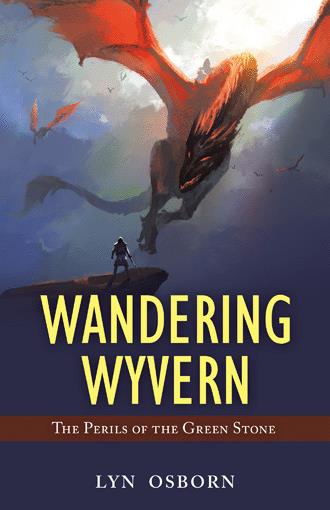 Thane was pleased to see Theodore, as was Hesta. Ariana was keen to find out who this unusual visitor was, with long hair, a grey beard and a flat forehead. He looked like an old man of mystery, she thought. “Some food?” asked Thane, pointing to the table where there was a bit of fruit and some bread left. “No need,” Theodore replied, catching his breath. He was red in the face too and must have hurried here. “What is the matter?” asked Nordore. “Is mother at your place?” Nordore was concerned something had happened to her. Theodore leant on his staff, too puffed to say much at first. “All is well,” he finally said. Nordore relaxed his shoulders that had been tense. Hesta offered Theodore her chair while she started clearing away the dishes. Gratefully Theodore sat down. All eyes were on him. Theodore wasn’t a person to hurry. “It is about what she said – about the stone.” “Here we go,” thought Nordore. “What of it?” asked Thane, looking slightly alarmed. “Where is the stone?” Theodore demanded. “Here.” Nordore carefully took it out of his tunic again and handed it over to Theodore. But Theodore wouldn’t touch it. “Keep it wrapped up and don’t touch it directly,” he said rather loudly. There was fear in his voice. Nordore did as he was told. “Why not?” he asked. Already he and his mother had handled the stone. Theodore sighed. “It’s a long story but true. It does have special powers.” “Aha!” exclaimed Nordore, glad it had some value. Theodore knew his son too well. Of course Nordore wanted the stone, especially if it promised treasure and wealth. “Not good power in the wrong hands. That is why the wyverns are here, to reclaim what is their own.” Hesta and Thane glanced at each other. “To the wyverns it gives them life but also tempers them. Without the stone they would attack people and kill each other.” Thane nodded, that he could understand having experienced this already. Hesta stopped clearing the dishes and waited for more of an explanation. The meal was well and truly forgotten. Ariana even looked keen to hear more. Theodore continued, “Each wyvern has a stone and keeps it with them. Without it, they would not thrive if young and if fully grown, they would seek revenge.” “Amazing,” breathed Hesta. “Doesn’t make sense,” Nordore said at last. “I was told it was a coveted stone with great price to those who wanted it.” He was about to tuck it away in his tunic when Theodore stopped him. To Hesta he said, “Could you please bring a bowl of water, I will show you what this stone can do.” Now they were all intrigued. While waiting for the water, Theodore said, “When I heard about the green stone, I had to warn you straight away.” “Is it dangerous?” Thane asked. “To the wrong person it is.” Hesta arrived with a bowl of water, careful not to spill it. Theodore said to Thane, “Now have a drink of this water.” Thane took a sip. Then to Nordore, he said, “Put the stone in the water but not too long.” They all watched spellbound as Nordore did as he was told too. Nothing happened – no sparks, steam or anything. But Theodore wasn’t finished yet. “Now drink from the bowl again,” he directed Thane. Thane did as he was told because he trusted Theodore. Hesta was more nervous, as Thane had already been through so much lately. She couldn’t bear any more dramas. It was an anti-climax as the water looked no different. But then Thane started spluttering and coughing. “Ugh!” he exclaimed. “It is so bitter now!” Theodore smiled triumphantly. “That is what I expected. The stone makes sweet water bitter and bitter water sweet – that is why men crave it.” He paused for effect. His audience was enthralled. “And there is more. It makes light into darkness and darkness into light. Nordore, you have probably observed how it shines in the dark.” “I have,” agreed Nordore. “But then that is a good thing,” Ariana interjected. “Yes,” continued Theodore. “But that’s not all. It turns a good person into a bad person and a bad person into a good person.” “Amazing!” Thane breathed. “After how long?” Hesta wanted to know. After all, Thane had touched the stone earlier. “After a while, not sure how long,” he reassured them. “Nordore, you should keep it hidden for now but get rid of it as soon as you can.” “Get rid of it?” Nordore was aghast. “Can’t I sell it for a huge sum of money?” Theodore gave him a look. “How long have you had this stone?” “Two days.” “Good, you won’t be corrupted yet. But there’s not much time left.” There was a brief silence, as each was thinking of the consequences. Nordore most of all, as he had the most to lose.

In a fantastical world of horses, swords, and treasure, young Hesta lives a normal life, along with her brother Thane. One day, though, she makes an incredible discovery. She comes upon a creature the size of a fawn with two tiny wings folded against its back and a long pointed tail. In its talons, it holds a green jewel that sparkles in the darkness of a ravine. Hesta has found a baby wyvern – a poisonous dragon with two legs and giant wings. The discovery is indeed amazing, but it soon turns dangerous when Thane ends up poisoned after the parent wyvern finds and attacks them. Desperate to save her brother, Hesta takes on several risky missions to find the cure for Thane’s illness. Everyone now seeks the wyvern’s green jewel, including a treasure hunter named Nordore. Along with their faithful horses, a mysterious man, and a clever cat, this brother and sister race to save not only themselves but also the magic of the wyvern.

Lyn Osborn has been writing books since the age of eight. With a bachelor’s degree and decades of experience as a copywriter, proofreader, and journalist, she now enjoys creating fantasy stories for children. Having lived in several countries, she speaks many languages but has a special love for the English language. She has two children, two grandchildren, two cats, two fish, and one husband.