A Game of Intrigue

Life Awakenings in Pursuit of the Mystery 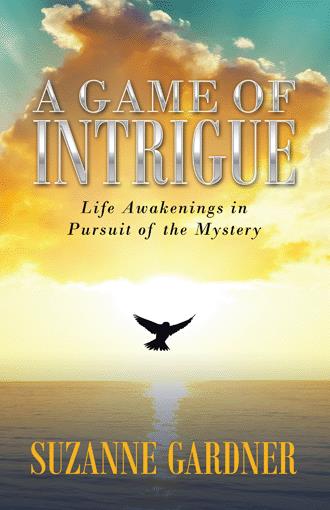 In the cramped windowless room where we met, the words spoken by the person in charge landed with unmistakable authority; and they ignited a sting deep within me as I listened. The implosion inside my mind and gut hurt, and I bent forward and clenched my arms around me in pain. The illusions I had believed for most of my life had been exposed; my pretenses were laid bare in full sight. I wanted to run but I did not know where. My hollow arrogance had steered me down a path with a disastrous end and no escape. It had shattered me, and I was devastated; and I needed to get out of that room to clear my head. That action needed to happen now. The exposure of light on my sham parade had dissolved the familiar darkness of my habits and thrown me off. I was lost. I was defeated. And I needed to catch my breath. This series of true events and interpretations seemed to have made up much of my life. When would I learn something useful? Would I ever? I grew up believing I was entitled to a privileged life. I was the oldest of four girls, and since my sisters were younger than I was, I assumed I could hold my position in age as an advantage. My brother was older than me, so I looked to him as entitled to lead all five siblings including me. However, as time tends to give us the truth, this age advantage did not play out according to assumptions. In my case, there were crucial happenings during those early years with siblings that left indelible marks and interpretations in place for years. I will explain this later in the book. As the tales of my travels unfold, a continual expansion of consciousness is revealed. Indeed, the adventurous journeys lay out how I lived on a pathway that led through innocence, followed by a stretch of arrogance that was so gripping that I wondered if I would ever be happy again, and then finally to investigating life amidst all the goings on, to see what might be worth knowing. I chose activities in territories unknown to me much of the time with a willingness to play and learn no matter what happened. As a result, I found out how to protect and fend for myself in a world I did not trust; and I discovered a path through the prickly brambles obstructing the way so I could regain my balance should I get harmed physically, mentally, emotionally, or spiritually. I needed to find out if people were okay with me and we could get along together. It is my hope that as you read through these experiences, some of the happenings and feelings expressed in these writings will resonate with you especially regarding what we human beings deal with in life and can resolutely overcome. Along the way in my writings, I have gained volumes of encouragement and insight from the writings of many authors, illuminated teachings of many seminar leaders, generously shared experiences of diverse participants in group activities, and from the insights in conversations individually with people of great wisdom. I offer this chronicle of adventures with the possibility that it may be encouraging in some way for your own adventures and perhaps to aid in untangling any thorny brambles you may encounter.

This is a true story. In the unfolding of it the troubles of humanity are exposed as well as the times when something worth knowing is learned. Occasionally even a time of celebration occurs. As all lives are unique throughout history, this story has its own unique flow. Some of the highlights are briefly noted here, the details are in the book. In early childhood an incident of being ignored occurred for whatever reason. It just happened. And yet, infants get impressions about life on this earth even without having acquired the ability to articulate them for many years or maybe even for a lifetime. In this story, activities reveal some signs of this. Feeling in the body is a focus throughout the book although it seems lost in the middle. It gets overlooked as it often does amidst everyday commitments and activities. Even in a busy household, conversations about feelings may not occur. And as the years pass, this can be a challenging blind spot. There are two committed relationships formed in this story, one is a marriage and the other a live-in partnership. Both have big challenges. The choices made may not have been the best. And yet, action to learn from wise teachers is transformational. Much of the book involves a game focused on feeling in the body. This game was created one step at a time experimentally. It turned out to be intriguing in that the essence of the feeling experienced as a group was hard to describe. And no matter how many times the game was played with different people, the mystery remained. The unfolding of this mystery involves openness and patience. Along the way, renowned leaders in science and spiritual affiliations are consulted. And life itself becomes a powerful teacher.