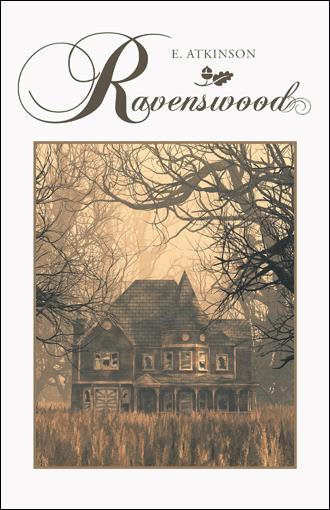 Thomas Crabbe shut the heavy front door with a tired sigh, shot the bolts, snuffed the candles out in the hallway, and walked back to the dining room to deal with the master of the house who was slumped in a drunken stupor across the table. Upon Crabbe's entrance, Arthur Tirips raised his head and blea'rily looked at the man servant through half-closed eyes. “Whassa matter. Wheres everyone gone?” he demanded belligerently. “They left Sir on'y a minute or two ago.” Crabbe commenced clearing the detritus of the day's dining away. "Leave it, damn you!" snarled Arthur and lurching across the table, he grabbed for the remains of a turkey leg, ramming it into his mouth. “Oi be sorry Sir, I thought yew would hev been finished,” Crabbe replied as politely as he could. “Well, you can damn well STOP thinking!" shouted Arthur, spraying bits of half masticated turkey over the table. He inhaled deeply, presumably to continue berating Crabbe, when he stopped abruptly, dropped the leg, and grabbed his throat with both hands. Crabbe watched amazed as his employer leapt from his chair and started rocking frantically backwards and forwards, all the while turning an increasingly dark shade of red. Arthur pummeled his chest then gesticulated at a decanter of water that sat upon the table. Crabbe looked at the decanter and then slowly raised his eyes back to his master. Arthur waved his hands wildly at the decanter and then at himself, his eyes bulging in his head and spittle beginning to form at the corner of his mouth. Crabbe continued to look impassively at his employer until eventually, Arthur Tirips lurched across the table, desperately trying to grab the decanter. Finally, Crabbe moved. He slowly stepped forward two paces and, with the index finger of his right hand, gradually and gently slid the decanter out of the reach of his master. Tirips was by now purple, and his face horribly congested. He lay across the table, gargling low in his throat, foaming at the mouth and thrashing around like a landed fish. Crabbe looked on, no emotion showing upon his craggy face. By now, a single bubble was all that was left as a sign of life in his master. As Thomas watched, the light began to fade in his employer's eyes, and after a few minutes, his chest stopped moving. Crabbe stood, listening to the grandfather clock's ticking in the corner of the room and the crackling of the fire. All was peaceful and still. He knew his wife was above stairs watching over little Edgar and that Margaret, hopefully, was by now sound asleep. Thomas heaved a deep, deep sigh. He turned and strolled over to the ornate humidor inlaid with mother-of-pearl that sat on the bureau beneath a portrait of Arthur's father. Gently he lifted the lid. He chose one of the fat cigars that lay there nestled like a row of swaddled babies and raised it to his hooked nose, moving it to and fro, inhaling the fragrance. Then, he walked slowly over to the dining room table, still containing the congealing remains of Christmas day and Arthur Tirips and putting the cigar to his lips leant forward, placing the tip to a candle flame puffing vigorously. As the resultant plume of smoke curled upwards, he inhaled deeply, savouring the moment. Crabbe tipped his head back and blew a very respectable row of smoke rings towards the ceiling. He then leant forward once more over the table and helped himself to an extremely large glass of excellent tawny port. Raising this in silent salute to the ceiling above, which contained the three people he most loved in the world, he sipped it slowly whilst smoking, contemplating what to do next. Eventually, he finished the cigar, downed the last few drops of port, placed the glass back on the table, and went from the room. He climbed the stairs to the house's upper level, walked along the corridor, and tapped softly on the nursery door. Daisy opened it within a few seconds. “'Allo my lover, how yew be going cleanin' up downstairs?” she inquired with a smile on her face. Crabbe leant forward and did something quite uncharacteristic; he took his wife's face in between his hands and kissed her tenderly and deeply on the mouth. Daisy looked astonished, “what yew do that for? I know it's Christmas an' all, but still-“ “He's dead.” “What?” “I said, m'dear, he's dead.” “Who is Thomas?” “That arsehole Tirips; choked on a turkey bone right in front of my eyes. He's still lying on the dining room table, where Oi left ‘im,” he said in a tone of deep satisfaction. If it was possible, Daisy looked even more astonished. “Yew jest left 'im thar?" "What else was I to do, woman? He's not goin' anywhere, and I jest come to get yew so's yew could help me rouse the missus and tell ‘er: that way she darn't get any blame and there be no suspicion on any of us.” Thomas placed a warm hand on his wife's shoulder and squeezed reassuringly. “Now, yew go an' wake the missus an' tell 'er to come quiet like.” Daisy gathered her wits, nodded once to her husband, and went swiftly along the corridor to Margaret's room. Crabbe stood in the corridor next to the open nursery door, which Daisy, in her haste, had left ajar. He pushed the door open a bit more and took a soft step into the room. By the light of a single candle, he could see little Edgar asleep, as only young children can be, on his stomach, arms flung out, head on one side, tiny mouth open, utterly oblivious to the turmoil happening in the house. Despite the drama unfolding, Crabbe smiled and stepped back, quietly closing the door behind him.

Based in 19th century rural England, we follow Edgar Tirips, whose estranged mother has just died, leaving him Ravenswood, the family home. He returns to England, unaware of the dark history that the house contains, where he takes up the reins of the family estate, aided by the irascible male housekeeper, Crabbe.

A persistent cough and fever frequently plague Edgar during his time there, and after several encounters with local characters and a passionate love affair, he suffers a final bout of illness. At last, in horror, he realises what he has become……….

The author attempts to recreate the mid to late 1800’s England, complete with the sights and sounds of London and rural England.