Arrival of the Light Beings

How to Prepare for the Shift and Contact with Extraterrestrials 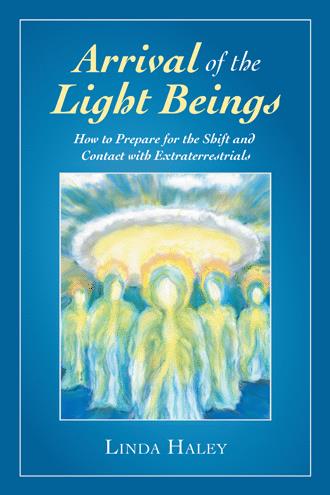 Introduction “What do I call you?” she asked. “Visitors? Multidimensional beings?” She had heard that they didn’t like to be called “aliens.” She supposed that made sense, since they probably also saw us as alien. And “extraterrestrial” seemed sterile and cumbersome, as though a scientist put a non-committal label on something he didn’t fully understand. “We are not visitors,” he responded quietly. “We are a part of the fabric of your culture.” She paused, then realized that was probably true. They had been here as long as the planet. “You may call us friends.” Another pause as she thought about it. She didn’t quite understand the relationship but thought that they definitely had become friends. In an extraterrestrial kind of way. It took quite a while, maybe even several years, to believe that she was actually in contact with someone from another dimension. Or maybe it was a planet. She wasn’t entirely sure. And then it took even longer to have the courage to tell others. She really hoped it would be different this time because it didn’t go very well before. There was whispering and concern. Had she gotten into drugs? Maybe she was looking for attention or possibly these were the first signs of mental illness? In the beginning, she wondered if they were right. Was she perhaps going crazy? And now she was asked to publicly talk about everything. “Tell your story,” he had said. “They must understand that we are here to help.” She wondered if she had a choice, after all humans were supposed to have free will, weren’t they? Didn’t he realize how much she was dreading this? Probably, since he already asked her twice “what is your perceived blockage?” She wasn’t sure if she was being gently reassured or seriously reprimanded. She couldn’t figure out how he even knew that she hadn’t started the book. But then she realized that he seemed to know pretty much everything. Including everything that had happened to her for her entire life. Probably also what was coming for all of us. She was afraid that it would be worse for her this time, especially since even more people would know and she had so much more to tell. And why did she feel such urgency? Did she realize it on her own or hear it in the messages to her? She wasn’t sure. She would be ridiculed by people who didn’t even know her. She could handle that, she supposed, but what happens if they hate me, or worse? What happens if they’re angry by what I have to say? There were things that some people didn’t want to hear. And there were people who didn’t want anyone to know. But she also knew that there would be so many more people who wanted, who needed to hear the message. This was important to him. To all of them. Actually, his exact words were “critically critically critically important.” It must be pretty serious for them to come all this way just to help. She wasn’t completely sure why it was so important or what role she played in this massive cosmic chess game, but she had always listened to her vibes. Even the tiny part she knew about was still overwhelming. She wasn’t sure if she wanted to know more. And he also said, more than once, that “time is limited.” She suspected that this might be the reason for the sense of urgency. She wasn’t sure how to communicate that urgency when she wasn’t really sure what was coming. She also wasn’t sure how to even begin or which incidents she should share. What about all the scary times? Should she even mention the terrifying experiences in the dead of night, the unexplained marks on her body, or seeing things right in front of her that weren’t supposed to exist? She had spent a lifetime trying to forget. Now having to remember just to tell others made her sick. “Tell everything. Those experiences are part of your story.” For some reason, her story was part of his story. And the greater story. Maybe that was part of the plan all along. She had no doubt that her experiences had really happened, so all she had to do was tell others how she got from there to here. This is her story.

Contact with extraterrestrial and multidimensional beings began for Olive Stuart on New Year’s Day 2000 when she heard the Voice declare: "It's time." Childhood terror of an extraterrestrial presence triggered panic in Olive when the Voice later spoke to her through a client who was soundly sleeping during a Reiki session. Communication and trust with the Voice developed for several years until Olive’s fears of anything extraterrestrial were fully released and she understood why she had been selected for contact. Slowly a friendship developed with Avratar, a Fifth Dimensional being who guided Olive to a greater awareness of life beyond Earth’s three-dimensional boundaries.

“They must understand that we are here to help” was the message Avratar wanted humans to hear. “Time is limited …. There are many individuals on your planet who wish to live in harmony with the planet and each other, yet they are denied this opportunity. That was not the original intention for this planet. The injustices and the continuing harm to Gaia will not be permitted to continue.”

Reports of unidentified flying objects are increasing across the globe; soon even more ships will be appearing in our skies. Sightings, direct contact and even abductions can no longer be dismissed as fabrication. Changes, and the light beings, are definitely coming.

The book is designed to help alleviate the anticipated fears and increase awareness of their objectives, how to comprehend the massive Earth changes that have been foretold, and most importantly how to “prepare your heart.”

Written in the style of narrative fiction, the book is in reality an autobiography of the author’s growing awakening and acceptance of her role in the planet’s evolution.

Linda Haley is the founder and executive director of The Reiki Center, a comprehensive natural wellness center for people and their pets based in Columbus, Ohio. Contacted by a Fifth Dimensional being named Avratar on New Year’s Day 2000, Linda’s terrifying experiences with ghosts and other non-human entities when she was a child led to immediate panic and a complete rejection of his request for support. Twenty years of subsequent contacts with Avratar and other non-human messengers have helped her to now understand why she was selected to deliver their urgent appeal for greater understanding of spiritual truths, the importance of a deeper connection to Source, and why beings from throughout the galaxy are now advancing towards Earth.