IS THIS THE BEST GOD COULD DO? 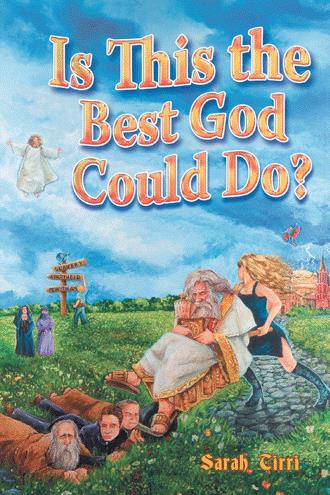 I was in a bad mood, pre-menstrual and bitchy. I had turned my cold back on my husband the night before. I had yelled at my kids. I felt disgruntled, and negative thoughts plagued me. I couldn’t be bothered to change the dogs’ water bowl, and I couldn’t be bothered to shower. I remained on the couch and looked to escape. I turned on the TV and watched the desperate or maladjusted reveal themselves to Jerry Springer. I watched the news: an assortment of third-world scarcity, including a load of sub-Saharan children who really didn’t care whether they lived or died, first-world surplus, deadly epidemics, warfare, terrorist attacks, suicide bombings, opiate addiction, youth rebellion, earthquakes, overcrowded schools, homelessness, identity theft, global warming, stock market uncertainly, out of control brush fires, unemployment, illegal immigration, and political corruption. It was all depressing. I then changed the channel and watched a surgeon prepare to separate Siamese-twins while their mother agonized over the fact that she’d had to choose. I changed it again and saw live coverage of a prison riot, and then I watched a documentary about the binge-drinking culture that is cursing my motherland. “Entertainment Television” was my last stop; here I learned about Hollywood’s most acrimonious divorces…………….“What a crap planet this is,” I said to God out loud. “Is this the best you could do?”