by Brian B Harvey 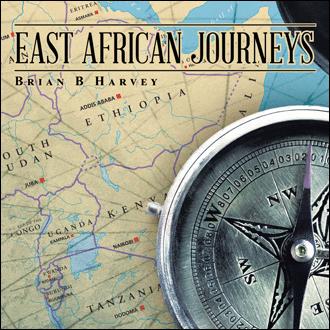 In early June all VSOs working in Eritrea had been recalled to the capital, Asmara, as a precaution, but Duncan whose work was in Asmara carried on working as far as possible. He sent us a fax to tell us this news and telling us not to worry. Although there was some news of fighting in the far South, things were calm in the capital. He felt that he might use this opportunity to go to Tera Emni where he had lived and worked for two years, to say farewell to his many friends there. He asked at the VSO HQ for permission for he and his colleague Barbara to go, knowing they could do the return journey in half a day. Much to his annoyance they were flatly refused, because they were all on standby and could be evacuated at any time. This seemed to him, and many of his VSO friends, to be an over-reaction for they all expected the fighting not to last for long. However, two days later, on 5th June, he was taking an English class with some Eritreans who worked at the British Council library and had told them that he was unsure whether the class could continue as he could be sent home at any time. They were incredulous and couldn't understand why. After the class he went for a drink with friends at the nearby Sunshine hotel, the newest and largest in Eritrea. They were sitting in the gardens when they heard the roar of a jet flying low over the city and then heard the sound of bombs exploding coming from the direction of the airport which was only a little way out of the city; there was also the sound of gunfire. He immediately rang the VSO office and told Saba, an Eritrean and the Personnel Officer's assistant, what he had seen and heard. Again all he got was incredulity. It then came as no surprise when he later got the message to go home, pack a bag, and then meet up at the VSO office to catch a bus to the airport that VSO had organised. Fortunately, because Duncan was within a couple of months of leaving anyway, he had little to leave behind of any value, indeed we had ourselves brought home a lot of his mementoes and equipment. Some of his colleagues were not so fortunate. Having packed a bag Duncan made his way to the VSO office with difficulty. In the early afternoon a further air-raid on the airport had occurred and shortly after this, word went round that an Ethiopian jet had been shot down, but the pilot had parachuted to safety. Now the city was alive with excited people. There was no panic, indeed an incredible sense of patriotism appeared to have united the people. At VSO HQ the mood was sombre with some in tears at the thought of leaving behind their friends and the work they were doing. I don't know if my stories of Eritrea have conveyed the feeling sufficiently but with most VSOs there is a real love between them and the Eritreans they knew and worked with. Maybe you have to be a volunteer to understand the deep feelings involved here, and for some it was a terrible wrench to be suddenly taken away, without an opportunity to explain why they were leaving or to say goodbye properly.

The book describes Brian and Jan's visits to Africa, initially to visit their son who was a volunteer working for VSO (Voluntary Service Overseas). The visits inspired a wish to travel elsewhere which became their hobby in retirement. A large part of the story concerns Eritrea, the first time they had travelled to Africa, where they were inspired by the people who were trying to rebuild a country decimated by a 30 year war with Ethiopia. They followed the country's further war and what happened long after their visit. It also covers visits to other African countries where their son had employment as a VSO.