Let Me Be Your Voice 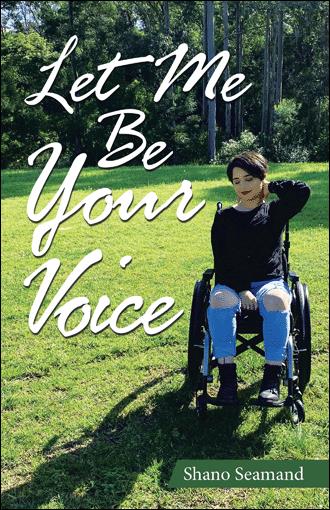 One day I got really sick (change colour, go to the toilet more often, could not eat) to the point that one of my uncles took me to our family doctor who did some test and asked a lot questions. The doctor didn’t tell us much apart that I could have diabetes and that we should go to hospital straight away. I was scared as I didn’t know what diabetes was or what was going on. My uncle was in a big shock as well and wasn’t talking or answering any of my questions. I will never forget how he’s face was, he’s eyes were red and he was shaking. I remember being scared for him more than being scared for myself. I felt lost as I could not understand what they were saying and I thought that I was fine. At the hospital the tests confirmed that my sugar level was very high and they tried to bring it down as fast as they could. I had to stay in hospital for ten days while I had a lot of tests done not only for my diabetes but also for my lack of balance while walking as they weren’t too sure what was the reason for it. They had to send all the information to another hospital for assessment. I remember crying when the doctors explained to me what diabetes was, what I had to watch for and about the insulin injections. My uncle intervened to ask the doctors not to provide too much information as I was “just a kid”. After three months the results came back and the Children Hospital called us back. They told my uncle that what I had was Friedreich Ataxia. I had no idea what that was but they did explain a little, although they didn’t give me the bad news about the prospects of the disease. Only when I turned 18, going from the Children to the Adult hospital, that I was told of the consequences of the disease and that it is a genetic condition that affects the nervous system and causes movement problems. That I would develop difficulties in coordinating my movements and that it would worsens over time.

Shano Seamand is a young female living with a rare genetic disease called Friedreichs Ataxia (FA). She was a healthy able-bodied child until the age of 13 when the diagnosis was made. Having struggled to find a public voice for the disease, Shano hopes to become that voice of hope and inspiration to those also suffering from FA and other degenerative diseases. After struggling for years to find the right support, Shano is unwavering in her journey to get better and prove others wrong. Through hard work and determination, Shano hopes to stay healthy and encourage others to never give up hope. She wishes to educate others on the disease and improve understanding of the condition. This story tells of her journey with the illness, and how she will not let the disease beat her.