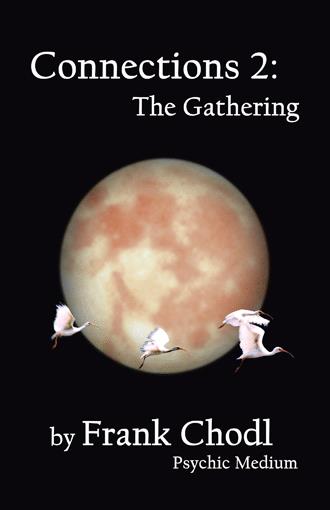 The Voice of the Spirit. I have been “seeing” and receiving messages since I was eight years old. Yet, to this day, when I do readings for others, I am still in awe of the details that come through. Specific phrases, objects, or actions that I couldn’t possibly have known about are just as clear as if I had been there at the time. But, how could I know? The fact is that I didn’t. “They” did! The guides, spirits, entities; they tell me or show me. I just had to learn how to pay attention. In 1975 I visited The Way College of Emporia, KS and was introduced to its founder, Dr. Victor Paul Wierwille (1916-1985). He began “The Way International” in Knoxville, OH in 1942 and based much of his teachings on his knowledge of the original Greek and Aramaic texts of the Bible. At the college, I was introduced to their practice of “speaking in tongues,” based on the writings of the “Apostle” Paul in his letters to the Corinthians, (1 Corinthians 12:4-10 and 1 Corinthians 14:2). The followers would enter a meditative state and begin to speak in an “unknown language.” This was reportedly their spirit talking to God, and because it was from the spirit, only God and those few gifted with special understanding could know what was being said. As a young Catholic student and altar boy, I was quite familiar with the story of the Pentecost (Acts 2:1-47) in which the Jesus’ disciples spoke out loud to a crowd of people from many different regions and, simultaneously, everyone heard the message, each in their own language. Similarly, Xenoglossy occurs when a medium is in communication with the spirit of a dead person and speaks fluently in a foreign language with which the medium may be totally unfamiliar. Both of these are a far cry from the Apostle Paul’s idea of speaking in a language that no one else can understand. As a result of these differences, the act of speaking in tongues has been a controversial topic in Christianity for the past two millennia. So, how do we know what the spirit is saying to us? Is it divine inspiration or just our imagination? Sometimes we have the benefit of immediate confirmation by someone present when the message is delivered. Sometimes the messages are clouded in metaphor and/or symbolism. Sometimes the message is about a future event. And, sometimes they just make absolutely no sense to anyone at the time. I have learned not to doubt or second guess the messages from my guides, however. Many times, I have gotten a follow-up call from a client who, days or weeks later, “gets” the message. As psychics or mediums, our job is to deliver messages. The ways that we perceive or receive messages from entities on other planes are often referred to as the “Clairs”: Clairaudience -hearing, Claircognizance - knowing, Clairempathy - feeling emotions, Clairgustance or Clairambience - taste, Clairalience - smell, , Clairtangency - touch, Clairvoyance – seeing, and Clairsentience – the conscious use of any and/or all the Clairs. The ways we deliver messages varies as well. They may be spoken, written, drawn, or even physically acted out or manifested. Regardless of how we receive or deliver, it is important that we deliver everything we can. Record the messages, either with a digital recording device or in a journal. The more you document what you are receiving, the more you track the accuracy and consistency, the more you come to accept and trust the validity of the messages, and the more you learn to pay attention, the more you will recognize the voice of the spirit. 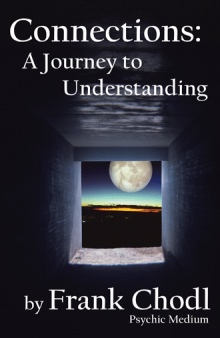 One thing I have noticed throughout my life as a psychic medium and teacher is that these roles, as well as that of healer, often overlap. As a medium, I work to facilitate the transitioning of those who have passed as well as easing the pain and confusion of those left behind. I help to heal both sides while teaching my clients about the processes that are taking place When you look more deeply into the various modalities and methods of the psychics, healers, teachers, you may begin to see many aspects of all three within yourselves. When I help someone, who is stuck in between this plane and the "beyond," I am not acting as an exorcist but rather as a transitionist. I am not casting them out. I am giving them the assistance they need in order to open the path to finally move on. Our task is not to release all those souls who have become stuck here single handedly. It is to send out the message to everyone on both sides to join together in bringing the healing and release that those souls so desperately need. Try to imagine the intense energy of two millennia of trapped souls simultaneously rejoining with the universe. Building on the lessons learned in my last book, Connections: A Journey to Understanding, in, Connections 2: The Gathering, I offer guidance to help us all answer questions including: • What is our greater purpose in this life? • What are our true abilities? • Who and where are our tribes? and moves us forward to prepare us for our greatest event yet, "The Gathering."

Acclaimed Psychic Medium with over 50 years of experience, a teacher, (MSEd, MSA, and numerous professional certifications and awards), an author, and lecturer, Frank Chodl, aided by his Guides, the Marie, continue to investigate paranormal phenomena, deliver profound readings, bring transition to trapped entities by helping to heal unresolved issues, and offer insights into some of humanity’s oldest questions. Since the release of his last book, Connections: A Journey to Understanding, Frank has been traveling the world, visiting sacred, mystical, and often tragic sites, collecting more amazing experiences to share with his readers and audiences. For more information, visit www.FrankChodl.com.