Literature: How to Read and Understand the World 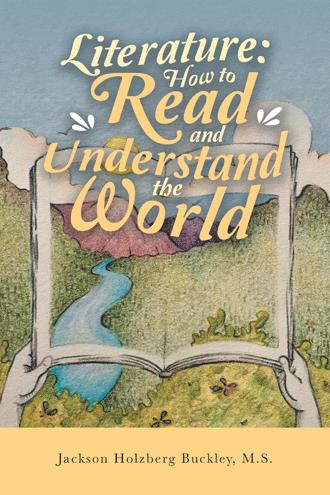 When you read a work of fiction, there is probably a part of you that feels excited at all the new information you are taking in. This is the part of you that plans to later relay this information to impress somebody, say at a dinner party or in a classroom. You’ll refer to the information you read in the work of fiction and the person will be blown away by all that you know, and for a moment you’ll get to feel like a master. While you read, this part of you governs your hand so that you take notes, underline passages, or circle key words. Your emphasis is on remembering things such that you can later use them. At the same time, there is another part of you that is responsible for your reading the work of fiction in the first place. This is the part that, when an important character in a work of literature dies, quivers in you, draws back and feels pain. As this part of yourself, you extend the bounds of your selfhood outward to encompass the characters and situations about whom and which you read, re-inscribing the bounds of yourself such that you become larger than what you once were. This process is subtle, but it is happening at the level of your gut and heart all the time as you read. When you speak to somebody in class or at a dinner party, it is really this second part that motivates what you say; there is some sort of gut-level feeling response to the text that you want to relay to the person, and that you want them to feel too. When we were children, it was only this second part that engaged with story, and we had no self-consciousness about it. You can see this if you reflect back to how you played on a childhood playground: if you donned the mask of Spiderman, you were Spiderman for the period of that game; there was no inner voice in your head that admonished you the game wasn’t quite real, that you didn’t really have superpowers, or perhaps weren’t the right gender to be playing this role. Similarly, if you acted as the husband or wife in a game of House, you perceived that you were that character; there wasn’t the inner doubt that you didn’t really have hair on your arms, or breasts, or hadn’t really given birth or didn’t really have to worry about money. These considerations were subsequent to the part of you which allowed you to fully participate in those roles, and the result was that you ran and screamed and laughed with all the liberation of childhood. We now tend to think of these times as superficial, but the fact is that when you dared to fully enter and inhabit these characters, you gained wisdom from the crossing. As Spiderman, perhaps you learned the famous adage that with great power, comes great responsibility; or perhaps you learned the even deeper lesson that despite your having superpowers, you couldn’t transcend the character’s shortcomings of being poor and unpopular. As the mother or father in the game of House, perhaps you learned that as enticing as it was to be an adult, there was also a quality of suppressing your desire that was overwhelmingly sad; or more poignant still, perhaps you learned that the reasons your own parents sometimes did things that made you angry or sad, were reasons you could access if only you put yourself in their shoes. In any of these games, what you learned were things you could immediately turn around and set into practice in your own life—whether conscious or not. This process of gaining wisdom through the act of extending our boundaries of selfhood, then applying this wisdom to the context of our lives is the subject of this book, but I want to share a bit of my own story in order to give that subject its proper weight and drive. Throughout this book, you will get to know a method of engaging with literature which will feel at once familiar, and yet new to you, but you will also get to know me. The moment when my practice of identifying with characters was cut short, is a moment I’ll never forget: I was twelve years old and a friend and I were playing with sticks in my New Mexico backyard. In our minds, these weren’t just sticks: they were by turn swords, staffs, and bows in a game in which we imagined ourselves as wizards and warriors that fought off magical demons to defend a kingdom. Inspired by a card game we’d played, our backyard game was dubbed Oracles. Unbeknownst to us, while we played a different friend—a friend from the school to which I had just transferred—watched us from his balcony, one from which he could see the entirety of the valley in which we were situated. I now imagine him studying us deeply, wearing spectacles, and taking notes from up there, although of course that wasn’t the case. The next day at school the friend who’d watched me swinging the sticks approached me about what he’d seen: “That was so weird,” he said. He mimicked what my other friend and I had looked like, at this point deprived of the context of the mystical demons against which we had been fighting. “You must have been up against some pretty big ones,” he laughed. Everyone reading this story probably recognizes this moment in their own lives: it is the moment in which we become aware of how we look while playing, and as such the moment in which self-consciousness is born.

Written for lovers of literature interested in self-actualization, Literature: How to Read and Understand the World teaches readers how to derive principles of wisdom from literature and apply them to their lives. The book achieves this through a series of five essential steps, including identifying with literary characters, aggregating principles of wisdom from their experience, and applying those principles to readers’ lives. Along the way, the author reveals his own transformation through this process. Literature: How to Read and Understand the World will help you to enrich your life and world!

Jackson Holzberg Buckley is a spiritual teacher premising his work on the notion that there is one soul manifesting as myriad selves. He has taught ESL, English Literature, and tutored writing. He is currently a graduate student and TA at the University of Wisconsin-Madison.