The Heart of Leadership for Women 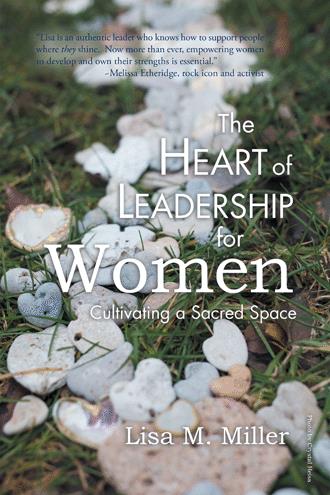 A few years ago, on a beautiful summer evening, I facilitated a gathering for women next to a lovely pond in a shady park that is also a nature preserve in my town. The plan was to wrap up by sundown, but alas, though I’m normally very punctual with opening and closing timings, the sun began to set while four out of ten participants hadn’t yet shared their “take away” in our closing circle. And as you now know, closing circles are a very important component of the gatherings I facilitate. “The park will be closing in 10 minutes,” came the loud speaker announcement. And onward they—the women of my gathering—shared. Because I encouraged it and wanted it to work. And wanted everyone to have her share of attention in the closing. But within a minute of that announcement, I felt nervous. In terms of time, participants share an average two to six minutes of their take-away in a closing circle. I began the calculation—which is not a good thing to do while someone is speaking in the best of circumstances—and with four participants to go, and the setting sun, things were adding up. Badly. Minutes ticked away. Two women still to share. “The park is now closing. The park is now closing. The gates will now be locked. The park is now closing.” “THE GATES WILL BE LOCKED, SHIT!” I tried to sound casual. Gates being locked was a new announcement. “YES!” said Jackie, one participant who drove from her town 35 minutes away, “my car was locked in here overnight once, I had to call a friend to pick me up at the entrance.” In all my years of facilitating (twelve years by that point) I had never moved so quickly away from a gathering. “Okay!” I announced, feeling terrible for the two women who were short changed their time to be heard, I jumped up from my blanket in the grass terrified I might cause everyone severe inconvenience being locked-in. From every square inch of visible skin I blushed in embarrassment for my poor time management and how I’d need to speed things along now in problem solving mode. “I’msosorrythatwecan’tfinishproperly, I heard myself say, I’mgonnaRACEtotheGatetoMAKESUREitstaysOPENuntilALLyourCarsareOUTtfreeAndclear!” And I did. Like The Roadrunner on amphetamines, through the normally slow four-minute drive from the pond to the gate. I drove it madly in one minute while my group gathered up all the supplies I brought for our Circle back at the dreamy gathering spot: food, chairs, and a table. You can exhale. I’m trying to exhale just writing and re-reading this. I made it to the gate before it was shut, in the twilight, which descended quickly after the last over head announcement. As I put my car between the gate and the lock until all my people made it out alive, I exhaled. A little. I was too embarrassed to fully exhale. Ugghhh. Oy. Ay carumba. It’s still a slightly painful facilitating memory. Frenzy and fear is the last thing I want to offer as a lasting impression in the final moments of an event. Especially after such a gorgeous sunset. But, it happened, and it was not the end of the world. And it was kind of funny that I looked like a fool. In SoulCollage®, a renowned therapeutic arts process—you know by now that I love—used in diverse settings all over the world, there’s great appreciation for the role of The Fool archetype. I didn’t know the importance of The Fool yet that night, but would come to appreciate it later. (Stay tuned.) Turns out, there’s great freedom in releasing a fixed idea about perfect endings. Room for The Fool and Miracles At that women’s circle gathering in the park, the presence of The Fool was a gift because especially in a Circle where the themes revolve around self-discovery and living from the core of being, health and wellness, and finding and maintaining life balance, The Fool had provided a teachable moment about how to go with the flow of the unwanted unpredictable things that pop up. It was about moving with them as the flow just keeps on going. A favorite typical wisdom teaching from Abraham-Hicks: Going with, rather than against, is always the path of least resistance. And, if you can’t be a graceful Fool while swearing like a pirate as you race to the gate, you certainly can be once you get there (after you exhale and inhale again). And especially once on the other side of it. Especially then. Because it as it turns out, The Fool archetype can morph into a swan—graceful—gliding through water even when it’s choppy.

The Heart of Leadership for Women is about cultivating the sacred space for meeting, learning, and growth, where empowerment is fostered and transformation made possible. This book is about bringing what’s holy about your mission and all your life experience, into your meeting space and elevating it from an event to a sacred gathering; it’s about your rightful confidence as a light-holder called to leadership. With depth and humor, here is a blueprint—from planning to execution to conclusion—for every workshop and therapeutic arts facilitator, retreat leader, instructor, artist and performer, studio owner, activist, speaker, event coordinator, life coach, healer, and more.

Lisa M. Miller is an expert facilitator, teacher, and guide—especially for women—who brings to life perennial wisdom that provides the compass for a life of meaning, intuition, and well-being today. Through a diversified holistic career spanning two decades, she’s emerged as an internationally recognized champion of mind-body health with expertise in: Indigenous energy medicine, interfaith chaplaincy, yoga, meditation, and, Ayurvedic health. Because of her experience as the founder and former CEO of a healthy body image nonprofit for girls and mothers, and as the spouse of a former politician (national leadership and state-wide elected offices), Lisa’s perspective is vast while heart and humor are her signature. She’s married to Jonathan, her summer camp sweetheart of over thirty years, and is proud of their adult daughters, both inner city teachers, and leaders themselves.