The Order of the Sword 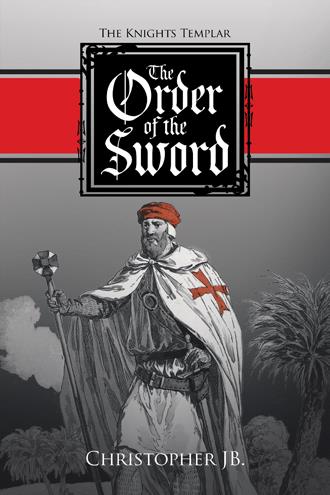 He studies it for some time, turning it over and tracing his finger over the words. Finally, he takes a book down from a shelf, (presumably his own collected antique). 'Ah, just as I thought.' He looks up at me after burying his nose in a copy of a languages book. 'What is it?' I ask slowly. 'It's a distress signal.' 'A what?' I move closer. Is he seeing something I'm not. 'Or at least it was.' There is no concern on his face, and it leaves me to believe it's not a significant find at all. 'When it was written, it was written hastily, and in a certain script that hasn't been used since the eleventh century.' I can't wait to look at the parchment again, this time with that knowledge in mind, and so I move closer to read over his shoulder.

A butterfly flaps its wings, and on the other side of the world a hurricane is formed. If only Rohan Frith could be certain of the choices before him—anything that could help him understand more about the mysterious organization that has turned his world to chaos. Rohan is a disillusioned young print presser whose curiosity has drawn him into the world of the occult. A series of strange events leads him to delve into a shadowy order, and medieval fantasy now intermingles with his modern life in secretive and inexplicable ways—mysterious sightings of monks, a poster request at work for a deserter, and the appearance of ancient parchments. Through these connections to ancient conquered holy lands, he finds himself on an unimaginable adventure, thereby gaining unexpected insight into the world around him. A tale of mystery, action, and misadventure, this novel moves between the modern and the medieval as it tells the story of a young man’s journey toward mystical truths.

Christopher JB has written short stories, novellas, and graphic novels and is the author of the short story “A Shuffle and a Deal,” appearing in the collection Inkshed, and the graphic novel The Dreamstones. He is a member of the Eastern Writers Group and performs with the Port Melbourne musical group Sol Green. He currently lives in Melbourne, Australia.