I Never Promised You a Rose Garden

A Memoir of a Naïve Sea Change 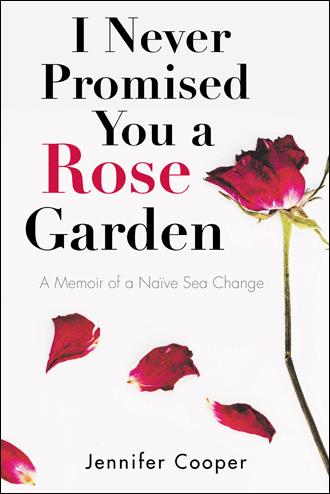 During the clearing process we had noticed one of The Creeps farm dogs acting very strange, pacing around one corner, whimpering, scratching the floor and becoming very agitated, almost aggressive which was completely out of character for her. We watched this performance as we worked for a couple of hours until curiosity finally made us lift the old wooden pallet she was circling. Semi buried for years under all sorts of rubbish it was now the home of what appeared to be thousands of rats. We then understood her excitement. This poor starving animal was facing a smorgasbord compared to the usual scraps of food thrown in her direction by The Creep. As they scampered in all directions she grabbed as many as she could, killing them with a swift snap to their necks to be eaten later at her leisure, but as a swarm were heading in my direction I didn't stop to watch this amazing spectacle of nature. I ran. The closest form of protection was offered by The Creeps calf trailer which, as usual, had been left in the middle of the yard, fortunately with the door of the cage open wide enough for me to jump inside. As I hurdled through the opening I tripped on the metal lip landing very heavily on my side, the scream which had been coming out of my mouth from the moment I saw the rats was stifled by the wet, sloppy, mud and calf poo in the base of the trailer. The more I struggled to regain my feet the worse the situation became until Ted arrived laughing, almost to the point of tears, to rescue me from what was becoming a desperate situation. After all I was drowning in a trailer of cow poo! One ear and my nose were completely blocked, my mouth was full with what I stupidly hoped was only mud and my eyes were stinging, but that was more likely the result of the torrent of salty tears mixed with grit. My life was never meant to be like this.

Since arriving home from working overseas, Jennifer Cooper and her husband, Ted, had been searching for an exciting, fulfilling initiation into what they believed to be their destiny. Discontented with city life, the couple eventually purchased a neglected old cabin on the coast without any idea that the fork in the path of their life would soon deviate from the predictable route and lead them into unknown territory. In a candid retelling, Jennifer reveals how fate guided them to seek refuge in a real estate agent’s office on a cold, windy day, ultimately changing the course of their lives forever. After disclosing how they spontaneously purchased a rundown, two-hundred-acre dairy farm with a spectacular view, Jennifer details how their poorly researched and impulsive “Sea Change” led them down an uncertain path filled with years of accidents, incidents, and downright disasters that would not only revealed their determination to overcome seemingly insurmountable obstacles, but also to live their lives with gratitude and purpose. I Never Promised You a Rose Garden is the true story of a couple’s foray from seasoned city slickers to naïve farmers who eventually proved that positivity always leads us in the right direction, no matter how hard life becomes.

Jennifer Cooper has lived and worked in many cities and countries where she adapted to a multitude of occupations through necessity. Her experiences and techniques for overcoming difficult and sometimes unhappy work situations enabled her to survive what became the most turbulent years of her life. Today, Jennifer lives in Victoria Australia, where she cherishes her roles as wife, mother, and grandmother.