Seeing the Funnier Side of Cancer 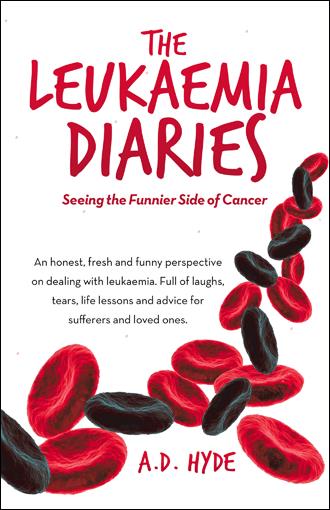 Chapter 2 - The Doctors The day of the appointment came, I told Debbie that I was just having a check-up. I didn’t want her to worry unnecessarily. I must admit I was in a bit of a daze that day, so much so that I couldn’t even remember how I got there. I just remember sitting in the crowded doctor’s waiting room. Doctor’s waiting rooms can be depressing places. After all, you don’t go there because you’re fit and healthy do you? The doctor’s waiting room is also a place to people watch and try to guess what their ailment is. That afternoon the place was already packed when I arrived. There was the usual cross-section of people. There was an old woman near the door who kept moaning in agony, but instead of feeling sorry for her, I just thought if you’re that ill why don’t you go to hospital? There was an old man in the corner bent over with his hands on his knees and breathing with great difficulty. Every now and then he looked up with a desperate and pained look in his eyes. There were the compulsory teenagers glued to their smart phones with accompanying adults trying unsuccessfully to hold a conversation with them. Then there was the first time mother and her young child with her holistic approach to parenting. This is the type of parent who would hold a calm conversation with their child, even if the child was stabbing their pet hamster. “Now Rupert, do we think that it’s a good or bad thing to be stabbing one’s pet hamster?” This particular toddler was called Jocasta and she kept approaching the different people in the waiting room one by one and would turn to her mum to ask an annoying or inappropriate question. For example: • “Mummy, mummy, mummy why does that man have his hand wrapped up in a towel?” she asked. “Well darling, he’s hurt his hand and is in a lot of pain, but the doctor is going to make it all better”. • “Mummy, mummy, mummy...why is that man making noises?”, “He’s got asthma, do you remember your cousin Isabel?...she has asthma” • “Mummy, mummy, mummy...why is that man so fat?”...“Darling, we don’t say fat, that’s not polite, we say overweight” she said smiling at the man All the time this was going on I was sitting quietly in the background hoping the little girl didn’t look at me and ask “Mummy, mummy, mummy what’s wrong with him?”...to which I would have shouted “I have cancer and I’m going to die!”, but before she could get to me, my name was called out and I made my way to the doctors room. It was at this point that reality came flooding in, this is real now, I am officially acknowledging that there is something wrong with me and that it is most probably cancer. I walked into the doctor’s room, where a smartly dressed elderly gentleman was awaiting my arrival. He was wearing a tweed suit with a matching waist coat. He had a professional manner, which is another way of saying that he wasn’t good with people. I explained why I was there and he asked me a few questions. He raised an eyebrow when I told him when I first noticed something was wrong. He didn’t say anything, but I’m sure he was wondering why I had left it so long before coming in. He then asked me to jump up on the examination table and proceeded to examine me. It wasn’t long before his professional cold exterior changed as he started to look concerned. “I think we need to take a blood sample and send it off to the hospital...tonight. I’ll be frank with you Mr. Hyde, it looks like you have an enlarged spleen and this is most likely going to be an indication of something much more serious.”

The Leukaemia diaries started life as just that, a diary detailing my journey from just before being diagnosed with Chronic Myeloid Leukaemia (CML), to the scary ‘I’m going to die’ bit, to the joys of chemotherapy, getting back to work and beyond. However, with every edit and every conversation with a fellow sufferer it transformed into what it is now, which is an emotional, honest and heartfelt account that not only aims to engage, entertain and inform, but also comfort and inspire. It will give family and friends an idea of what their loved ones are going through and what’s going through their mind at such a traumatic and terrifying time. My hope is that sufferers of CML and cancer in general see that they are not as desperately alone as they sometimes think they are and that there are others going through the same experiences and thinking the same thoughts. I want them to know that there is no right or wrong way to act or behave, because we all deal with the possibility of death in our own unique way. My hope is that my little book can inspire and lift them out of a dark place, because I’ve always believed that a smile can bring light into the darkest of times and that laughter can heal.

In 2017 Anthony Hyde was diagnosed with Chronic Myeloid Leukaemia. With the help of his wife and family and his rather unusual sense of humour, he made it through the dark times with a strength that surprised everyone, not least himself. Instead of treating his leukaemia as an injustice or a punishment, he viewed it as an integral part of who he was. It was his leukaemia, so he decided to come to a mutually beneficial agreement with it. He said that it could stay as long as he could lead a normal life. It was this attitude that perhaps set him apart from most and made him wonder whether he might have something to say that people would want to listen to. So, he decided to document the various stages of his illness with the aim of writing a book, but it wouldn’t be a depressing book; it would be an inspiring book with a little bit of his unique humour thrown in for good measure.