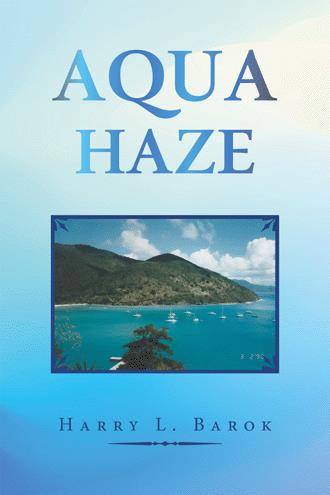 A very pretty and intelligent author has writer’s block! Ginger vacations to the gorgeous island of St. John’s to cure herself. Upon her first morning jaunt, Ginger spies a body washed up on the shore, and she soon finds herself administering mouth to mouth to a handsome dark-haired, but scarred stranger. When he awakes, he can’t recall who he is. His cell phone and other IDs are also missing. Ginger returns to her cottage to get her phone and call the authorities. When she returns with the police, the handsome stranger has vanished. The stranger returns later that night. Ginger, thirsting for romance and adventure, invites him in. The two quickly form a romantic bond amidst the crisis and excitement. A hazardous cat-and-mouse game ensues as the duo lures out the criminals. The clues concerning the stranger, now nicknamed Rob Wilson, begin to mount, but so do the bodies. Our heroes, while tracking down the villains, must also dodge the authorities. As the mystery uncloaks, a kidnapping, hijacking, attempted murder, and drug smuggling are exposed. Back in Miami, Rob discovers he is actually Rod Dexter, a former Navy Seal. He regains most of his memory with help of Ginger. Then with his Seal buddies, Rod tracks down his son and catamaran. He also resolves to expose who has been betraying him, along with his export/import firm. Do Rob and Ginger find future happiness with one another? The author chose this genre because of his love of mysteries, spy, and adventure movies. Mr. Barok has vacationed extensively in the Miami and Virgin Island areas. The author has explored, sailed, snorkeled, and socialized in the region.

Readers will find that the author has an extremely high sense of adventure and intrigue. His mind continuously draws the reader into the next scene! What will transpire next? The reader should identify with Mr. Barok’s universal theme of truth, equality, and justice! He is also a seeker of romance, adventure, mystery, and discovery. Mr. Barok began as a pastor in training. He has an MSW, with 40 years experience of social work. The author has traveled, sailed, skied, kayaked, hiked, and ballroom danced throughout much of the earth. Mr. Barok is also a psychic medium and Reiki Healer! He is also a professional singer, (with 3 CDs), comedian/impressionist, former model, and actor. “Untrained Psychic” was Mr. Barok’s first published work, which also has a revised version. His current work is “Downward Facing Dog!”