THE NEARLY MEN OF RUGBY LEAGUE 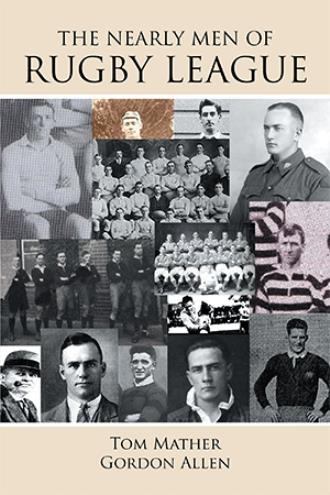 It was the American artist Andy Warhol who while in Sweden way back in 1968, fifty years ago now, coined the phrase that:- 'In the future everyone will be world famous for fifteen minutes.' Nowhere was that quote more apt that in the game of rugby league. The game is littered with players that have seen their career skyrocket virtually in weeks only to nosedive into obscurity equally as quickly. Equally numerous are those players at whatever level that have come onto the sporting scene and made their debut in this team or that team only to disappear never to be seen again. They are the nearly men, the so called one hit wonders a term that seems more apt to the entertainment industry in general and the recording industry in particular. Pundits, journalists and fans alike are quick to ridicule the actions of rugby league players who make just one appearance at first grade level, State of Origin or even internationally. To do so is to miss the point for they at least to quote Warhol have had their fifteen minutes of world fame, however small the world. They have basked in the spotlight briefly in their field and no one can take that away from them. Equally as important is the fact that the record books will show their exploits for posterity. There are sadly some players in the game that never get that fifteen minutes, never experience the bright lights that are the spotlights that go with the fame. They have been selected but have never played, they are in the squad but never received the call to arms at the very highest level. Australian rugby league is littered with such players and players whose standing in the game is at the very highest level. These players had great careers at club level but never received the international call. They went on to have great coaching careers but always on their record was the fact they never had the fifteen minutes of fame all are supposed to experience. While it is true, they played for Australia, but never did so in a Test match. They are what we have referred to as the games No-Hit-Wonders. This book examines the careers of such players in an attempt to explain just why they were selected but never played. What were their feeling on such occasions, in researching this book it became obvious that many players suffered at the hands of narrow minded and short-sighted selectors and selection policies. It was also apparent that throughout the game there was and still is a ‘win at all costs’ mentality. Selectors would rather win a Test series three to nil than blood new players into the team to play in a dead rubber Test match. One must ask the question why take players on tour and yet never give them the opportunity to see if they are up to the standard required for international football. It appears it is very hard for players once in the national side to be dropped however poorly they perform. Equally it must be said that even as a tour is beginning evidence would suggest that selectors had already formulated which team they wish to play in the important games. This attitude from selectors shines through on so many occasions and affected so many players one wonders why it still persists today. That said there was also back in the earlier days the divide between those players from New South Wales and those from Queensland. Very often there were incidents when a player from the southern state was favoured over a Queenslander when it came to tour and even Test selection. Back in the early days the officials from New South Wales looked upon the game as being theirs and they would do whatever they wanted. After all, it was they that had brought the game to Australia in the first place back in 1907. Whatever the reasons the result remains the same, those players who suffered at their hands were destined to be “No Hit Wonders.” Perhaps the last words on this particular subject should be left a wise ancient Roman “Cato the Elder” when he stated:- “After I am dead, I’d rather have people ask why I have no monument than why I have one.” All the players in this book have no monument save that from their families, now perhaps the public knowledge generated by this book of their exploits will be their monument.

This book deals with the sporting life of fifteen Australian Rugby League players who almost reached the pinnacle of their sporting career. Sadly, for many reasons, they were to fall at the final hurdle. The book also gives fascinating insights into the players’ lives off the field—one player gaining the second-highest military honour during World War I and another dying while en route to England to represent his country. One player was to lose his life in the most bizarre and mysterious circumstances while another remains somewhat of a mystery even to this day. Whilst essentially a book about Rugby League players, it is also a book about the extraordinary lives of sportsmen.

Tom Mather is a retired Educational Psychologist now living in Australia. He has been involved in the sport of Rugby League most of his life. First as a player then an administrator and finally as a writer of the sport. He has written many books within the Rugby League field including a series covering tours by the English Rugby League to Australia and New Zealand. In addition he has written the Biographies of John Monie, John Dorahy and latterly Cliff Watson. Gordon Allen - Gordon has been involved with the game of rugby league for over 40 years as a player, coach, referee and volunteer. As a senior administrator in the sport, he was CEO of the Western Suburbs Magpies in the NSWRL and then the Foundation CEO of the Western Reds Rugby League which entered the expanded National Rugby League competition in 1995. Gordon is still working part-time as a Project Officer but has maintained his life-long interest and passion for the game of rugby league and is currently the Secretary/Treasurer of the Sunshine Coast Gympie Rugby Football League Ltd.