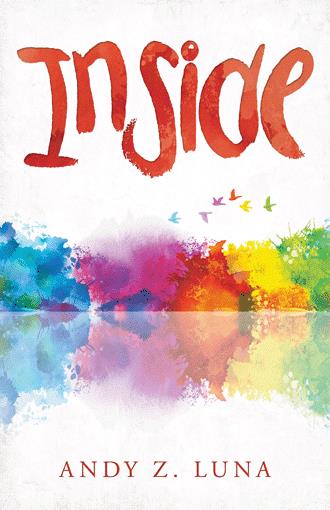 She woke up and could not remember who she was. She was in a place that felt more like home than home. She had a terrible headache and wasn’t sure if she should get up or not. She was afraid. The unknown terrified her but at the same time kept her alive. She didn’t know where she came from or what she was supposed to do. What she wore didn’t do her justice. She usually expressed herself without hesitation but now she didn’t know how. She was lost and had no idea how she got here. She didn’t know what this was and her last memory was about who she used to be. She was set on figuring out what was happening so that she could know what to do with herself. She could feel the presence of a beautiful, constant love coming from an Angel. Even though she could not see her; the presence was with her. She knew it was all buried in the back of her mind and unburying it was dangerously beautiful. She was ready because she wanted the answers. She wanted to know what had happened because uncertainty killed her.

She was as ready as anyone could be. The only thing she could remember about herself was that she was truthful. She knew she would find her path in time but wasn’t there quite yet. She had to know what it was all for. She needed to start over and create her own shape. She missed her ignorance because all of a sudden she couldn’t stop thinking and its logic was quickly becoming annoying. But what the girl did not know was that this was saving her from being average. She was waking up to a world she had known but never knew existed. It was a place where inadequacy was acceptable and struggles as normal as breathing. She knew she couldn’t do it alone and that’s when it really began. She knowingly didn’t know what she was getting herself into. She didn’t know about the pain it could bring, but she knew that the real tragedy was never waking up.

Ella was about to embark on a journey that was uncertain but exciting. Somehow she knew it had been worth it. The memory was cruel at times; the past was waiting for her to remember it. It all seemed too insignificant for her taste but it was about to change. She knew nothing made sense and confusion tortured her. But curiosity cured her restlessness and she was able to start over what she had already known. The pieces were scrambled as they would eventually start to fall into place. She knew her life wasn’t common and that made her smile.

It’s Now and she wants to remember it as if it really happened; the people as if they were really there and the lessons as if she actually learned. She remembers pain and peace. She just wants to witness greatness without knowing precisely what it means. Now she’s willing to go to a place where most never do…Inside. A place with light and darkness. A place full of overwhelming experiences. She knows she’s not the first or the last. She just knows that being safe and silent is no longer an option. She wants to know why she’s here and she will. Seven years have passed since she opened her eyes. Now she wears tattoos on her skin. They are the characters in the story. Life as the young girl knew it was gone. She didn’t know she was about to experience the greatest story of them all…her own. She was creating her standards, her rules, her path. She had woken up from a nightmare to meet with her dreams. Who she used to be died at the very moment she decided to wake up. Life had happened and all she truly wanted was to relive each moment, each breath wholeheartedly. The colors and the details are still in the making.

Will you escape or go within? Will you face your fears or hide? The journey within can be challenging and hard but worth it. The greatest lessons are the obstacles we face and how to do so with grace. This inner journey is one we must all face sooner or later. The sooner we go within, the further we can go.

Andy Z. Luna is a communicator who loves to explore, travel and live life to the fullest. She has lived many adventures but the journey within has been by far the most rewarding.