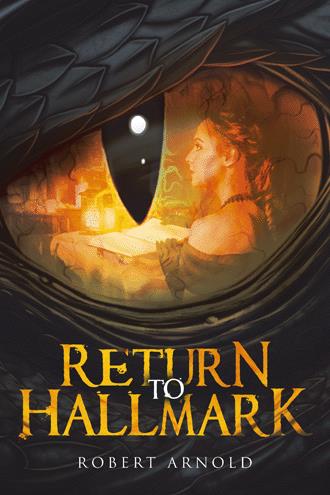 CHAPTER 1 One Year Older It was a fast year at school for the children. Linda was placed with Richard and Vicky. With help she learned to enjoy school work. Junior had lots of complaints. He had to dress nice, the long hours of sitting in a chair, the inactivity, the constant fighting between the senators and learning how to keep books. He said. I can’t wait for vacation. I’m sleeping the first week. Tabor said. It’s not going to be that easy. You have years of laws and proclamations to go over. Junior said. Why should I have to do all that? New Haven has a counsil for that. I’ll be spending most of my time with the Queen’s harem. Gaberial said. You’ll spend time in the Eastern Isles and checking on my Iron woods. You are a royal prince and your father’s represenative. Fionia, Gordon and his parents came for a visit. Linda said. It’s been so long I thought you forgot. I have so much to say and don’t know where to start. Grandfather would you like to fight? I promise not to hurt you. Aunt Rose and Olivia said that we could fly with the white dragons on vacation, you have to be nice to maw maw Gillian, Aunt Ashley says she’s going to have a baby. Her grandfather asked. What one is Gillian? We met so many people. Gordon said. Gillian is Tabor’s second wife the one mama thought was nice. Gaberial is the pretty one with long yellow hair. You couldn’t stop talking about her coffee. “Yes the one that shut your mother up. Lifted her right off the ground. Where is she?” Fionia said I’ll find her. Gaberial was in the kitchen fixing supper. “Hello mother don’t get upset but Gordon’s parents are here too. It’s Alice’s birthday I could tell them I couldn’t find you.” “Her birthday already, we didn’t know, of course we knew. We have a present for her.” Fionia said. Catch me up on her her grandparents want to take her out for a meal and let her have some wine. Gaberial said. The meal is going to have to wait till tomorrow. She does well in school and with her training. When her and Mabry have a good day they split a bottle of wine. She likes to go to Grabhow’s they have darts and she can practice her bow waiting for a meal. She eats a big breakfast, a light lunch and a decent supper. She told Alice she’s watching her figure. She’s friendly with one of the guards he gives her pointers on her weapons. You had better clean up supper is almost ready. The woman started to sit. Alice said. It’s not our turn yet maw maw, the king sits first then the men then as guest we sit. Gaberial started carrying out food. The woman said. You would think they could have servants to do that work. Alice said. She does most of the cooking that’s her job. Uncle Mac helps run the country, Aunt Ashley runs the household the others have chores and duties the house runs well. Gordon said. We are taking you out tomorrow night for your birthday. Order anything you want and we’ll go anywhere you want. “Can I invite a friend? He’s very nice.” Fionia said It’s your day. Tell us about your school work. Alice said. Last week we went to the telegraph and learned orc talk. Richard caught on quick, nobody knows why orcs get it so quick. Richard said. It’s the clicking like a drum beat. Gaberial said. Any more interruptions and it’s five minutes. The man said. Young fellow you’ve finished one plate and started on another you eat a lot. Alice said. That’s Uncle Hap he always eats more than anyone, Aunt Susan says he has a hollow leg. This week was all about maps and geography. We learned about roads and rivers. How long it takes for things to get from one place to another so you know how long to wait and the different city names. The woman said. Nothing about the dragons states where you are going to live, your people and queen? Alice said. That’s next year along with the North Country, Western Continent and the Eastern Isles. Gaberial said. Children come help with dessert and coffee. Mabry carried out a big chocolate cake, Vicky and Richard carried out a white cake that said Happy Fifteenth. Gaberial brought out two pots of coffee. Louise said. Make a wish blow out the candles. Jack said. Now time for our presents, we didn’t forget. Linda said. Look Mabry my first long sword with my name on the scabbard a matching dagger with my initals. Fionia said. Diamonds, rubies, sapphires and emeralds. It must have cost a fortune. Gennie said. Not that much we all chipped in. Hunter said Try it on. We wanted to get you a bow too but those things are hard to wrap and the arrows keep making holes in the paper. Linda said. About the same weight as my short sword a bit longer, I’ll have to learn how to walk and use it. Gaberial said. I made a pant and shirt for you for tomorrow. It’s not leather as you like but it should do.

Return To Hallmark is about a family led by Gaberial in their pursuit to bring the world to peace. There are many sword fights, magic and dragons. The love of family along with it’s problems are also dealt with.

Mr. Arnold was born in Baton Rouge, LA in 1958. He finished high school a year early and joined the navy at age 17. He served on a few ships as a boatswain mate. He now lives back in Baton Rouge with his mother and four dogs.