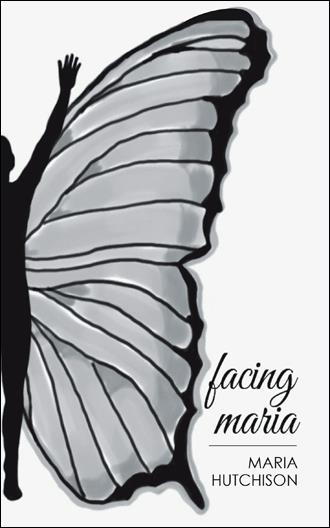 Finding Freedom… Since coming out and talking about the abuse there have been many experiences through my life where my gift of expression and speaking my truth has brought freedom – not just to myself but also to others. Whilst it was me who came out and told of the sexual abuse of my grandfather to the family more than 20 years ago, what resulted was freedom for at least nine other family members to also admit that they had suffered the same. Whether they have taken steps towards healing from it or not is their choice, however I’d like to think speaking my truth allowed them to speak theirs. I also believe that by bringing it to the awareness of family and the elders of the church at the time; ultimately gave Grandad some freedom for himself as well in his final few years of life. I can only imagine the burden that this secret must have been on him and the energy he would have consumed keeping it hidden and ensuring that all his victims kept it a secret too. Unfortunately, other than a letter of apology and admission of guilt written by Grandad to his children, and also a personal one to me before his death, I will not know this for sure. On another occasion in my teenage years I was the one who told a woman that her husband was having an affair, and that all of his family, many of hers and most of their friends were aware of the affair but no one had told her. I have been the spokesperson on many family issues that have arisen throughout my life where I have made people accountable for their actions and identified how these actions impacted on others. I have voiced concerns over suspected abuse of children; and have also had challenging conversations with elders of my family and the church throughout the years as well. My ability and freedom to speak my truth has also been prominent in my professional career and certainly in my success as a sales person. I have learnt that being honest and speaking my truth brings great success in sales and life in general. Many of these experiences have come at a great cost – or it would seem that way from the outside looking in. I have lost friendships, have been misunderstood and judged harshly and wrongly by many in my family. I have been disconnected from the church, which obviously was my whole social, emotional and physical world growing up. I have lost sales because I couldn’t lie. I have had many changes in my management roles because I have not been prepared to intentionally mislead or play the political game that often comes with corporate management. I think the ultimate affront came when standing at the foot of my grandfather’s bed where he lay dead, my cousin – interestingly, another victim of his abuse – asked me quite seriously, “Don’t you feel guilty about what you put him through in the last few years of his life?” So yes, the freedom to speak my truth doesn’t come easily or without consequence, however each time it has brought a new level of appreciation, peace and freedom. To be perfectly honest I now choose to live honouring and speaking my truth to the best of my ability each day because I firmly believe it is my purpose and my soul’s work to do so. I also appreciate the truth behind the words, “If you don’t speak about it then it is not happening!” I now see it all in the context of creation and I have a full appreciation of the power that our words add to our beliefs and desires. So I speak freely about what is happening in my world that I am creating – without shame I speak my truth out loud, I speak my goals and dreams out loud, I speak affirmations and love out loud and I shout my joy from the roof tops as loudly as I possibly can because it’s true – if I don’t give it voice then it won’t happen! This book is the next layer of speaking my truth. I appreciate as I sit here and write I am potentially opening myself up to more misunderstanding and judgement from those who have different memories or views to mine. However, I know that by writing this book I am also opening myself up to a greater experience of freedom for myself. I write this book also with the full intent that in doing so I allow others who read this book, and even those whose lives are touched by those who read this book, an avenue to access freedom for themselves as well.

The pathway to living a life with freedom often comes from a journey through resistance and restrictions. Facing Maria shares an honest, down-to-earth account about a journey through adversity, restriction, abuse and addiction, then ultimately, into freedom. It is a journey of hope that is courageous, inspiring and achievable for anyone who is faced with challenges, adversities and limitations throughout any stage of their lives. “Finding our freedom comes through squarely facing ourselves in the mirror, accepting the things that cannot be changed, and ultimately, in changing the narrative and the ‘story’ that we tell about and to ourselves”.

Maria Hutchison is a behavioural change expert, specialising in addiction. She works with individuals to facilitate healing, hope and freedom to all who are ready to change their life. With a career as a people leader within a corporate environment and more recently in addiction counselling, life-coaching and healing Maria has had the opportunity to play an instrumental part in the, personal transformation and success of many different people and souls. Maria has a wonderfully rich life story of overcoming adversity, abuse, trauma and addiction and is a living testament to the transformation that is possible with a commitment to healing and discovering oneself. In both her career and personal life she has been an advocate for transformation along with being a facilitator of change, healing and growth for many others on an individual level. Maria’s passion lies in helping individuals to identify their own passion and purpose in life and to let go of the behaviours and beliefs that no longer serve them. Maria shares her own story and learning with a down to earth approach which appeals to people from all walks of life. She offers a safe and non-judgemental, personalised service to her clients to help them share, connect, empower themselves and move into a life of freedom. Born in New Zealand, Maria now lives in Melbourne, Australia with her husband and three children.