Self-Transformation over Tea and Tarot 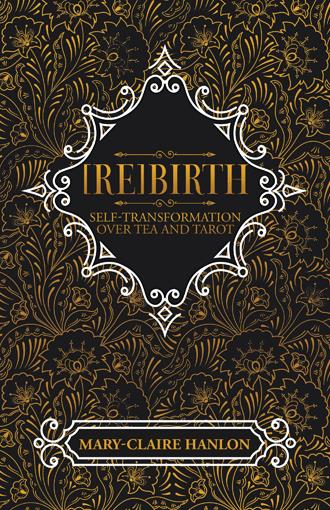 It seemed he was rooted to the spot; shackled as it were, to the sight of her. She was as young and as beautiful as the first moment he saw her. Was this some trickery? They ate the most delicious dinner and drank more wine than ever before, laughing and telling the stories of their lives. He had forgotten how comfortable this castle was, with soft silks and cashmeres, with ample couches and cushions. He revisited the glittering grandeur and the seductiveness of all the sensual delights of being here, and after dinner was over and all retired to their rooms, he went to her bed. They made love like never before. All the years that had passed seemed not to make a difference. Their passions were undiminished. He kissed tenderly every pore of her skin, every hair on her precious head. He took her repeatedly, urgently, lustfully. He held her down, palms pressing palms, and looking straight into her eyes, he showed her the man that he’d become. They slept in the moments between, and into the morning. When the sun’s rays warmed their naked bodies, they awoke entwined in each other’s legs and arms. His face was buried deep into the crook of her neck and surrounded by hair, sweetly scented with apple blossoms. In that moment, he thought, “I have everything I need”, and he nestled evermore deeply. She woke and realised that while she needed to be elsewhere, she was right where she wanted to be. She had long-dreamed of this time, when he loved her completely and without restraint. She had fought the urge to run after him when he left, and she wept bitter tears in her sorrow and loneliness. As much as she understood his need to leave, she also knew that she was partly his reason to go. She accomplished with love, what he could not, no matter how determined he was. That bruised his ego, and he could not find a way past it. Now, she lay quietly thinking about all that had happened and that could have been. She rolled over to face him, and looked lovingly into his eyes, wanting to tell him the words she rehearsed so many times.   Chapter 4: Shock Suddenly the world shook. They got up, and naked, ran out of the room before everything crumbled behind them. The crashing of walls was deafening; the booming of the roof falling to the ground reverberated right through them. They searched for any other survivors, frantically clutching at debris and flinging it into the air to pull them out from under the rubble. The devastation was total. The castle, obliterated. The fool and his Lover managed to find the Empress and Emperor, who were glad that all their many children except the youngest were in their own homes and away from this explosive destruction and danger, and that their littlest, the twin boys, were safe in their arms. The Lover, though, was frantic. There were two more children who were missing. A little younger than the twin boys, these were twin girls. Where were they?? The fool stayed calm and suggested using pullies and ropes to haul the bigger rubble away; to use tubes to listen for hidden voices. Together, they worked tirelessly into the night to find those children, taking turns to dig up rubble and to rest. All that was left, was what was important. Love. Each other. The night was dark, until Venus and Jupiter appeared in the sky. The two brightest heavenly bodies lit the sky and illuminated where the little ones were. They saw the Lover; and cried “Mamma!” In an instant, the fool knew. These little ones were his. With renewed determination, he tore through the rubble to retrieve them and scooped each into his arms so that both were embraced lovingly and equally. His Lover, too, wrapped her arms around them all, and finally, they were a family. Together, they all went to the river and felt the cool water embrace their tired bodies. The Emperor and the Empress dipped their boys into the water and washed their faces, throwing them lovingly in the air and catching them. The fool and his Lover, too, dipped their girls in the water and twirled them around in orbits, creating whirlpools. All were safe, and each played happily in the cool of the river.

In [Re]Birth: Self-Transformation over Tea and Tarot, Mary-Claire Hanlon (PhD) gives her readers a personal insight into life and love, romance and heartache, aspiration and achievement. Never before has there been a more beautiful book that provides a gentle way to heal and a powerful inspiration to change the world. Don’t just read this book. Use the tools, have fun with it, and give it to those you love. You will return repeatedly to both this book and the wonderful creations it inspires you to produce.

Dr Mary-Claire Hanlon has over 15 years’ experience providing clinically diagnostic, cognitive, intellectual and functional assessment of persons aged 16 years and over. She completed her Bachelor of Science (Honours in Psychology) as a mature-age student, followed by a PhD (Psychiatry), and has attained various other academic achievements. Mary-Claire runs The Centre of Serendipity in Newcastle, on the East Coast of Australia (https://www.TheCentreOfSerendipity.com), facilitating Exemplar, SCORE and Measurable Change Workshops as well as Public Speaking and Wellbeing Workshops for conferences. Additionally, Mary-Claire hosts RE[BIRTH] Workshops for small groups, in which participants enjoy Self-Transformation over Tea and Tarot. She is an engaging adult educator and speaker, awarded for international and national presentations on her mental health research. Mary-Claire uses social-organisational psychological techniques to creatively produce cultural and individual changes. Her workshop participants constantly agree that they love the unexpected things about her workshops. Participants always feel empowered by Mary-Claire’s workshops, in terms of improving wellbeing for themselves and others in their lives (including colleagues and family members). Mary-Claire’s workshops are perfect for adults in all stages of life, and teams from every type of business.