Physics That Calms the Soul for a Better Tomorrow 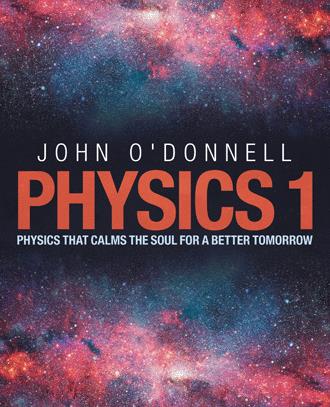 Time Theory – Templar (Catholic) Theory - Time is both a solid and almost absence of everything according to Molecule Theory because the stars present an object, time is space, and there is object in space, and it’s a solid because I postulate black holes tear the magnetism in space to catapult itself to another system tearing the fabric of time. Time has it bits of stuff in it and sometimes bigger stuff in it, and we shrink and grow to fly/hover through time. Coding English by Monks – John’s Code – Done by Monks with the capital Monetary in San Diego, monasteries in allied countries across the world. Useful for creating and perfecting a new physics based off the old one, and adding code of space to formulas in space.

This book contains physics and technology. It goes from theories of space that cannot be disproved and make more sense day by day. It ranges from that to new words that had to be made to make physical sense of the world. It also ranges from simplifying theory names to shorter names to make physics easier when they become symbolized in the English language to make physics and words a calculation and something that is provable and can be believed in. Prince John O’Donnell Jr. invented symbolizing English, and with his rights and funds from the book, he will fund monasteries to symbolize the words. Enhance your mind with the words of a brilliant man who envisions the future in an easy and fun way to read. This book really calms people down by instilling confidence in O’Donnell’s leadership to lead us to new worlds.

He grew up in La Jolla with his Royal Family. Princess Ashley, Princess Tamsin, and Prince or King Kalen as Prince or King John Michael O’Donnell Jr. Their father John Brian O’Donnell 3rd raised them from youth to be reclusive and hard to find. They like potatoes and enjoy Gaelic football. Amongst their favorite things are Blarney stone, four leaf clovers and a Guinness beer. The prince of Ireland enjoys talking to family on twitter and doing things on Twitter to enhance the world; Facebook is where he publishes notes to get books going and ideas going especially pertaining to space. The author is an expert in Piano playing, a terrorist hunter with notoriety, an expert shot having shot a moving hummingbird with a carbine, an inventor, a contractor, and comes from a famous line of Generals.