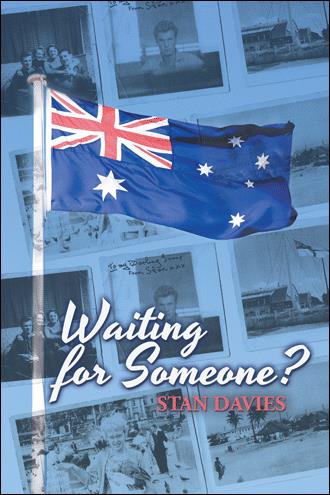 We decided to get married, Now I don't know who made up these rules, but they were like this. As a serving member of the armed forces, I had to ask permission to marry from the powers that be. Being under the age of twenty-one I also had to get permission from my parents, as did Irene. The RAF granted permission as did Irene's parents. But only one of my parents agreed. No prizes for guessing which one. Permission denied. Father refused permission, so what now? No reason was given ,just a flat No. According to the law of England, I could fight for my country, but unless my daddy said so I could not marry the woman I loved. Whoever said The law is an ass, knew their business. Where to now? I had a month of disembarkation leave to find out.

The book is basically an account of the lives of two people from the age of 17, to mature adulthood. The many problems that were overcome. The varied ways in which difficulties of relationships were dealt with and in most cases resolved. The lifestyle of members of the military in the early part of the book, and dealing with major problems of separation over great distances such as Christmas Island, and emigration to Australia. The difficulties of first of all being married with small children and travelling the world, often at short notice, and to unstable and often dangerous countries.