The handbook of SEXUALITY

A Semi-Humorous Guide to Human Sexuality 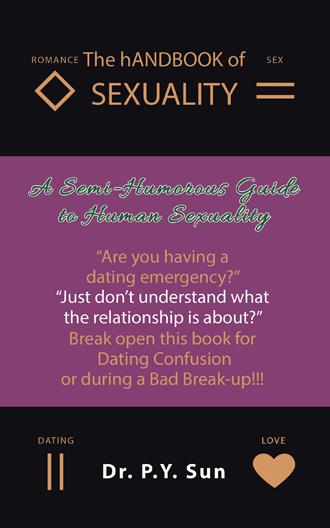 CHAPTER 2: The Slut, with subsection Skanks A butt in my face. A woman’s. At a coffeehouse. UGH. Sluts will use their body inappropriately for the meanest reasons –such as above for crazy attention. My idea of a slut is someone who sleeps with a man she isn’t even attracted to (or a man with a woman, in these times of increasing number of gigolos) –to get concert tickets, worth about $20-30. Another example is the slut who brushed her breast against my breasts at a restaurant. Was she advertising that she could be bought for a cheap price? - - - - - - - - - - - - - - - - - - - - - - - - - Which begs the question –is it beneficial to be a slut? Back in cave man days when many children were lost to a dangerous environment, it may have been. Now, we just have easy people –easy to fertilize/ aggressive inseminators, with probably poor character traits. I used to think a lack of taste was not too important –per popular wisdom; however, I now know that poor taste is a type of delusion. Not to be taken lightly! - - - - - - - - - - - - - - - - - - - - - - - - - They will take off their tops to fluster a man. A male skank will moon someone. One day, I was driving on the California freeway, and a young man in the passenger seat mooned me while I was driving. It upset me immensely –however, being a good driver, I just got away from him. I wonder if he had mooned an inadequate driver if he would have caused a 10-car pileup?

Are you having a dating emergency? Or just don’t understand what the relationship is about? Find out why you were thrown off by the person’s sexuality—not just their looks, charm, or money. Are you really dating a prude, and are you wondering why there is no passion? Is he just a prostitute, there to take advantage of what you have to offer and is not really worth it? Break open this book in case of dating confusion or during a bad breakup. We journey together, with a little bit of laughter, to explore the different types of sexualities out there and to help identify the healthy ones.

Dr. P.Y. Sun is a physician therapist with over 20 years of experience. Dr. Sun is trained in family systems, analysis, and pastoral counseling. She started SUN Therapeutic Medicine as a branch of medicine that deals less with fighting and more with healing. She is the published author of The TRUE Face of Health Care Reform: A Physician and Patient’s Perspective. She appeared on numerous radio shows promoting her book, and was endorsed by the radio hosts as the physician they would go to if she were in their town. Dr. Sun has also published in numerous medical research fields, including gynecological and dermatological. She has spoken to hundreds in forums and actively promoted her book in intimate settings. Please contact her at pysunmdmdiv@hotmail.com if you would like information on speaking engagements, on her practice – SUN Therapeutic Medicine, or her writing. Her first book, The TRUE Face of Health Care Reform is available on Amazon, Kindle, Author House, and Barnes and Noble.