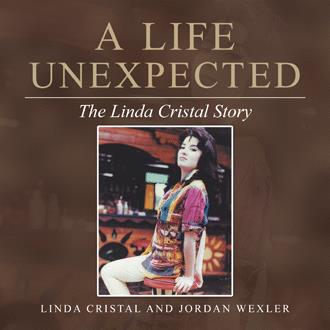 Lifting my feet onto the ottoman, I reminisce. I met with presidents from different countries, I have flown to the edge of the atmosphere, I have been awarded multiple Golden Globes, Emmys, and international awards for acting; not bad for girl who grew up in poverty, and who lost her parents the age of thirteen. But I am getting ahead of myself. As you can imagine, I experienced many obstacles growing up. But there has always been a pattern. Whenever life threw me an impossible situation, I always made it possible. I embraced it without hesitation. You see, poverty was just one of the many hurdles I would face. But we weren’t always poor. In fact, until I was five, we had money. Not a lot, but more than most. At the time there was five of us, my father, mother brothers Antonito and Miguel and myself. We lived in a town called Mataderos, a suburb of Buenos Aires named for the cities main occupation of slaughtering cattle, amongst other things. My father was very successful and owned a magazine. Upon hearing of its success, the local mafia wanted a piece of it. My father, who worked very hard building it, refused. A short time later, I was playing in the street with my friends, one of whom looked very much like me and in fact had the same first name, Martita. While we were playing, my mother called me in for lunch, so I ran into the house. Two or three days later, my father came home agitated and I saw he had a newspaper in his pocket. He called my mother and I could see on the newspaper a picture of a pizza oven and next to it, the photograph of a little girl, who looked remarkably like me. My father said, “They baked her like a piece of bread.” My mother said, “Who?” And he responded, “Martita Stuz, the neighbor’s daughter…” My eyes opened wide in horror. He turned to her, trying to speak under his breath, “You know why this happened, right? The mafia thought they grabbed our girl….” With that my mother gasped, “We have to run away.” My father walked over to the window. Noticing two black cars driving by repeatedly, he responded, “By now they must know they got the wrong girl.” My mom, looking scared, responded, “What are we going to do? We need to move far away…fast…like to Europe.” “No,” my father said, “that is what they would expect. We will wait till nighttime and escape across the river to Montevideo in Uruguay. We can’t take anything but what we can carry ourselves, so as not to alert them.” “What about money? What about your business? How will we eat?” And just like that, we went from having money to living in a dungeon in Montevideo. My life changed overnight. No luxuries, no friends, and no hope. I remember the place where we lived very well. It was a small portion of a square block that once had been the house of the viceroy from Spain. Later on, it had become an asylum, and now it was a tenement house for the poor. There were no other children in the place. So I used to walk around, up and down, fantasizing. My mother’s dream was to be on the stage. Even though she had neglected me since the day I was born, I had feelings for her that I couldn’t explain. I loved her and hated her. While I couldn’t understand my dilemma, I had a strange attachment to her. Much later in life I would come to learn that we always want what we don’t have. Why can’t a rose open in its entire splendor and go back to being a bud again? I don’t know, but this rose—me—will! Dear reader, let’s dream together. I am sure at one time or another in your life something happened that will make you identify with me. Who was it that said, “Que será, será?” The fact is, I adored my mother. Like a little ember in the forest, my love for her grew and grew until it became a bonfire. I will be on stage for her! I will be recognized all around the world for her! I will learn languages and do films and I know somewhere up there, she will look down upon me and smile, a smile that I never saw when she was alive. But for now, I was only five years old, with nothing to do but explore the dungeon and the surrounding areas. My father spent most of his time in the cellar building devices to display clothes, which he could sell to stores—while my mother helped him, or sat for long periods of time, singing to entertain him. I began to walk the two blocks that separated us from the harbor where the big ships from around the world arrived. One of the ships had a sign that said USA and there were sailors talking next to it. I approached them with my hand stuck out, and one of them put a coin in it. I looked at it and put it in my other hand, and extended my hand out again. He laughed and said, “Money, huh?” I said, “Money…money…” And he put another coin in it. The sailor laughed and said, “Look. Here, put your two hands together and I will give you a lot of little coins.” And he filled my hands with coins. With that, I smiled and then ran home to my parents, thinking now I could support them. 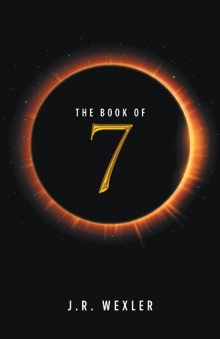 Despite childhood poverty and the death of her brother and both parents at the age of thirteen, actress Linda Cristal escapes certain death in Argentina by stowing away on a ship to eventually become one of the most beautiful, successful, and well-known actresses in the world. A Life Unexpected is a book about her perseverance, her constant battles with naysayers, and her strength to move forward despite numerous obstacles. There has never been a story like this nor could there be as it wouldn’t be believed. Yet it’s true. This book details —the men in her life (Cary Grant, Jimmy Stewart, Dana Andrews, John Wayne, Charles Bronson, and even billionaire Howard Hughes); —the emotions throughout her life (fear, isolation, passion, sadness, joy, and a longing for real love); —the experiences in her life, such as reckless stunts, heartbreaking romances, and breaking all the rules, even flying to the edge of the atmosphere with an astronaut; and —finally, her unstoppable goal to become one of the most famous actresses in the world in an effort to make her mom proud. A Life Unexpected is a mixture of vignettes and short stories of her travels in the film lands of the world, her interactions with amazing people, and a lot of laughs sprinkled with salty tears for good measure.

Who is Linda Cristal? Argentine-born Linda Cristal, best known for her television series The High Chaparral, brings you a barrel of laughter and perhaps one or two salty tears to caress your lips. She appeared in many movies worldwide, including: Comanche with Dana Andrews, The Perfect Furlough with Tony Curtis, Cry Tough with Johnny Saxon, Two Rode Together with Jimmy Stewart, Mr. Majestyk with Charles Bronson, Legions of the Nile (filmed in Egypt), The Pharaohs’ Woman (filmed in Italy). She was asked by John Wayne to play the part of Flaca in his epic The Alamo. Some of her awards include: two Golden Globe wins (1958, 1967); one Golden Globe nomination (1971); two Emmy nominations (1968, 1971); two Bravo awards from Germany (1970, 1972); one Laurel Award (1959); one Bambi award from Germany (1970); one El Arriero de Plata from Argentina; one Humo award from Belgium (1969); and one Hollywood Star of Tomorrow award (1968).