Based on the Urantia Book 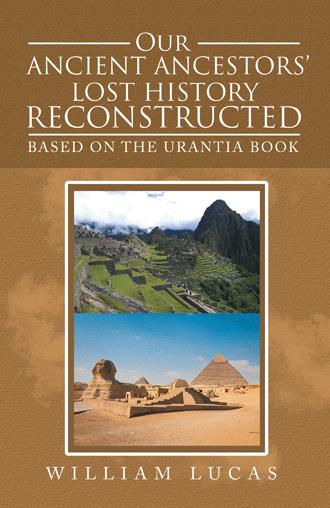 With the help of a book known as THE URANTIA BOOK, I have solved the enigma I believe of who built the Sphinx and the incredible megalithic structures around the world. First, we have to start by realizing Adam and Eve were not the first two people on earth. You can prove this to yourself by reading carefully the Bible’s (Genesis 4:8-17) according to these verses it would be impossible for them to have been the first two people. There is a foundation called the Urantia Foundation, and they claim Adam and Eve were extraterrestrials, they profess Adam and Eve came here 37 thousand years ago as biological up-lifters humanity had reached its natural peak after mutating through the animal kingdom for millions of years. When Adam and Eve came to our planet, The Urantia Book mentioned their bodies were rematerialized. Adam and Eve were commanded to be fruitful and multiply see (Genesis 1:28). After several thousands of years, there were thousands upon thousands of Adam and Eve descendants and they were intellectual giants. They were the reason for the intellectual gap during ancient times. Their descendants went all over the world spreading their genes and helping to civilize humanity; even their offspring were intellectuals. Adam and Eve's descendants were the builders of the megalithic structures all over the planet that is the reason they look the same across the globe. Eventually, their genes waned, and humanity began to level off. But not until great civilization began to thrive such as the Aryan, Sumerians, and Incas. This is a plausible explanation for how after thousands of years their descendants were still building places like Gobekli Tepe. 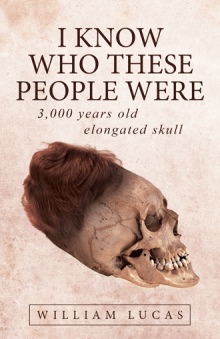 I Know Who these People Were
William Lucas
£12.44

Most of the researchers, archaeologists, anthropologists, and many more who have appeared on the History Channel’s Ancient Aliens have admitted their belief that extraterrestrials created humanity. And those creators were none other than the Anunnaki (those who came from heaven) of the Sumerians. Why has no one realized the Anunnaki needed someone to create bodies for them? It is obvious they couldn’t use the bodies they used on higher worlds on our earth. People don’t realize the Sumerians were just as much in the dark as people of today are. The Anunnaki came to our planet over two hundred thousand years before the Sumerians’ time, and those Anunnaki are the same beings that the Western world’s Bible calls sons of God, in Genesis 6:4, where it’s stated that the sons of God gave children to the daughters of men. The Urantia Book claims that surgeons from a higher universe came to our planet and took genes from the most advanced humans and, with bioengineering, created bodies for those sons of God in Genesis 6:4. This is where all the confusion originates. Instead of the Anunnaki creating the humans, humans’ bodies were created for the Anunnaki. They came to help civilize humanity. There were one hundred of these sons of God that came—fifty men and fifty women. The Bible often calls both men and women sons of God; there’s no distinction, Hebrew 12:6-7. This happened during the time of Lucifer’s rebellion. Sixty of the sons of God rebelled along with Lucifer; they are the ones that had children by humans with bodies made of human genes. In the book of Enoch, they are referred to as Watchers and fallen angels, emphasizing that they were from higher worlds or heaven.