Memoir of a Life-Long Science Teacher 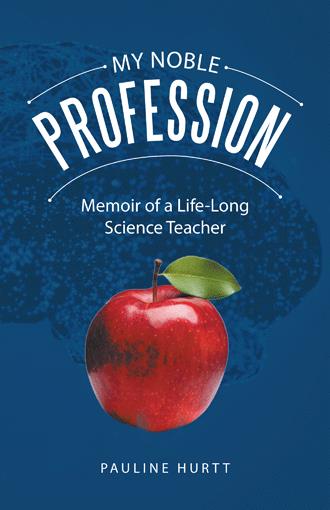 CH A P T E R 3 Before I became an Adjunct Professor at the City College of San Francisco Community College, I would work summers to have some discretionary income. One summer, I was on the State College campus teaching gifted students different subjects, such as Astronomy, Meteorology, & Mineralogy. The budget was reasonable and over the years I had bought many supplies myself. The program was designed to be activity-oriented as much as possible. Brent was short for his age, an eighth grader, with blonde hair, a big nose, and deep-set eyes. He had a quick wit. The very first day of class he joked about something that I said. Then I replied, “We have the next Johnny Carson among us.” He was quick to smile at me. I looked forward to seeing him every morning because he was attentive as well as bright. He loved learning new concepts about Astronomy that were alien to him. He was like a sponge, soaking up the new information gathered through activities of graphing, calculating a light-year into miles, and drawing constellations and phases of the moon. At the end of the three-week session of Summer School, Brent gave me a note from his mother. I didn’t read it until I got home that afternoon. Brent’s mother wrote me a thank you note for the wonderful class her son had. His mother was a teacher. She knew her son and how easily he could be bored. She thanked me for challenging him and helping him to feel so comfortable in my class. It was one of the nicest letters I ever received. As I thought about it, I picked up the phone to call and thank her. We had a fairly lengthy conversation about Brent, the program, and my class. Two years later Brent’s mother called me about tutoring him in chemistry once a week. I jumped at the chance knowing how bright Brent was. We spent time together most weeks reviewing the topic of the week while practicing problems. When the year was over, I was invited to stay for dinner. After that, his mother and I would get together during school vacations and have lunch. Somewhere in the world, Brent is a very successful young man! The moral of this story may be obvious: Parents, if a teacher you know has had a positive influence on your child, let them know about it. Teachers, you also will encounter parents like Brent’s Mom. It is one of the joys of teaching.

Do you ever wonder what it is like to be a science teacher with all the ins and outs of being efficient, organized, and passionate? Follow the career of one woman from her first-year teaching until she retired. You will find eighteen vignettes of students she taught. You will find these stories fascinating, rewarding, and inspiring. The author also addresses sundry education issues, such as brain development, dress codes, uniforms, and Power Point presentations. This treatise is a refreshing look at education through the eyes of a teacher who has been there.

Pauline is an active science educator. She received a BS in Science Education, and an MS in Elementary Science Education. She also completed PhD studies in Secondary Science Education. She is a published author and was the editor of four medical websites. In addition to teaching for 50+ years, Pauline conducted seminars and workshops for elementary school teachers explaining the science behind elementary science activities. Her experiences cover the gamut of Kindergarten to College. Since retiring, she remains active while performing Planetarium shows with a SkyLab. She also visits elementary classrooms to guide in the performance of science activities. She resides in the SE corner of North Carolina near Wilmington with her dog, Lucas, and her cat, Benji.