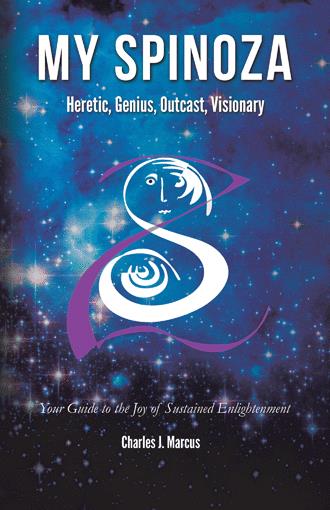 THE SUBSTANCE OF ALL THAT IS A MASTER OF METAPHYSICS Nowhere is Spinoza’s insight more astonishing than when exploring the territory of metaphysics and the existence and nature of God. His approach to metaphysics is designed to help us discover for ourselves the ultimate truth that our being contains the essence of God’s Being. He writes: God’s eternal word and covenant…is Divinely inscribed in human hearts, that is, in the human mind, and …stamped with His own seal, namely, the idea of Himself (Spinoza, 1951). This truth is self-revelation of the highest order—the ultimate truth of God is revealed through our own self! In his metaphysics, Spinoza will guide us to understand that the spiritual substance present in us is the very same essential substance which is God. Once we grasp this sublime truth intellectually, we can proceed to the experiential reality through our intuitional faculties. He writes, “He communicates to our minds His essence; on our minds also the mind of God and His eternal thoughts are impressed” (Spinoza, 1951). Seeing the infinite and the eternal in the finite and the everyday is hard work, but Spinoza is an exceptional teacher. All the great philosophers of the West, beginning with Socrates, Plato, and Aristotle, have held the study of metaphysics in high esteem. At its most basic, metaphysics is the exploration of the nature of reality and being. The three pillars of Western metaphysics are cosmology, ontology, and epistemology. Cosmology is the study of the origin and nature of the universe. Ontology is the study of the nature of being and of all things that exist. Epistemology is the exploration of knowledge and how we, as human beings, know what we know. Spinoza is a master in each of these areas. With the advances in scientific understanding over the last century and increased awareness of non-dual philosophies, his metaphysical insights are more relevant today than hundreds of years ago. A GOD-INTOXICATED MAN A central metaphysical question confronting all philosophers is what is the nature of reality. Spinoza has a deceptively simple and direct answer: “there is only one thing,” and that one thing is God. For Spinoza, all that exists is God and an extension of God’s attributes. As the poet, Novalis, noted, Spinoza was a God-intoxicated man. Intoxicated with God, not only in the sense that the divine pervades everything, simultaneously and constantly, but for Spinoza, God was also the subject and object of his love. To say he was smitten with the love of God is an understatement. Spinoza’s metaphysics begin with one central insight: only one thing exists, and what exists he calls substance or, interchangeably, his formulation, “God, or Nature.” Belief in the singularity of all existence as one substance sets Spinoza apart from most other philosophers. His claim, which was even more radical in his time, is not that of a poet or a theologian, but of a rational, highly-educated, and respected intellectual. His notion that, “there is only one thing,” impacts all aspects of his cosmology, ontology, and epistemology, as he weaves, with great precision, a metaphysics that is truly revolutionary. Let’s begin with Spinoza’s explanation of substance, which is the core of his understanding of reality. At the outset of his Ethics, Spinoza writes: By substance, I mean that which is in itself and is conceived through itself; that is, that the conception of which does not require the conception of another thing from which it has to be formed (Spinoza, 1992). When Spinoza says that substance is “conceived through itself,” he means that there is no other thing which is the forerunner or creator of substance. This concept is referred to by philosophers as the First Cause; the self-created Being for whom there is no predecessor. Plato himself wrote in The Laws that God is the First Cause, and, as such, has always been and could not come into existence in the sense of a beginning. Aristotle refers to God as the Prime Mover, which Itself must be unmoved. In his Metaphysics, Aristotle relates that this Prime Mover causes all other movement and is the first of all substances. Similarly, for Spinoza, substance is the cause of everything else that emanates from it. Substance is infinite, and substance equals God because God is the only infinite substance. Everything else that exists is explained by, caused by, and conceived by God. Christians, Jews, Muslims, and other monotheists may find some succor here. Spinoza states that substance is conceived through itself and only through itself. This notion is also central to monotheism where there is only one God. Judaism’s seminal prayer, the Shema, extols that “God is One.” Islam proclaims “There is no god but God.” The God of Christian monotheism is not created but is eternal and infinite, with no beginning or end. To use Spinoza’s words, “the conception of which does not require the conception of another thing.” Spinoza’s metaphysics, however, quickly part ways with most established religions, mainly because most theistic religions are dualistic and make a clear distinction between the created world and the transcendent Creator. While speaking of divine first causes, I would be remiss to not mention the “Deist Argument,” also known as the “Watch and the Watchmaker Theory.” Volumes have been written about this theory where God creates the world like a watchmaker who creates a watch, and God is no longer needed for the world to function, just as a watch functions without its creator. In this theory, all creation operates under its own power and own rules. This is not, of course, what Spinoza proposed. God is very much a part of creation. God IS the creation! God is synonymous with creation and did not exist prior to creation, which could imply that God lacked something and was incomplete. Furthermore, a God existing prior to creation suggests a God who is outside of creation. This contradicts the whole theory of an inclusive God—a God who is one with the world.

My Spinoza is the culmination of two decades of research by Charles J. Marcus into the life and philosophy of Baruch Spinoza. A renowned Western philosopher, Spinoza is revered by many from Carl Jung to Albert Einstein, who called him a spiritual genius and said, “I believe in Spinoza's God who reveals himself in the harmony of all that exists.” In My Spinoza, Marcus explores revolutionary, nondual understanding of reality, blending a mix of theology, psychology, Eastern philosophy, and practical reasoning that reveals Spinoza to be a brilliant guide for all seeking to awaken to the highest state of being. Few philosophers have been so universally loved or reviled as Spinoza. While he has been honored as a Father of Enlightenment, some early critics branded his work to be utterly evil and “full of abominations.” Whatever beliefs one holds, Spinoza simply cannot be ignored. Mystics respect Spinoza’s advocacy of human intuitive faculties and belief in a person’s innate ability to perceive God directly without an intermediary. Atheists admire Spinoza’s logical dismantling of religious notions of God as a person, fatherly presence, and disseminator of reward and punishment. A true universalist, Spinoza captures the spirit of Judaism (the Lord is one), Christianity (I and my father are one), Buddhism (no separate self), and Hinduism (all selves are one self). When Spinoza was honored in The Hague, it was proclaimed that he held the “truest vision ever” of God.

Charles J. Marcus lives in Los Angeles and lectures on Eastern and Western philosophy, metaphysics and the experience of awakening.