A Glimpse Beyond the Veil 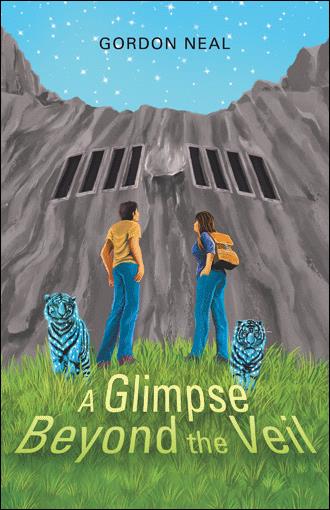 Guidance Number One Five worlds, within the world which humans currently live on. None of the inhabitants are particularly aware of the other worlds, other than some people in spirit world, who can contact gifted people in the physical world. These five worlds within a world are called planes. They are called: - The material or physical plane The spirit plane The inner plane The outer plane The eternal plane The first plane is the material world, where humans live. The second plane is the spirit world, which some people believe in, and others do not. It does exist, all around the physical world. Some people can see the spirit world, others cannot. The third plane is the inner world, between the surface of Earth and the Earth's core. The fourth plane is the outer world, from the surface of the Earth to space. The fifth plane is the eternal world. Humans strive to achieve the fifth plane, by ascending to that level.

The story begins with Gordon and Jane, walking on a corridor, on the astral plane. Their two blue, regal tigers accompany them. The tigers are their spirit guides and guardians. Soon, they find themselves in a series of rooms, which have the internal appearance of a monastery. The rooms are located inside a rock formation. There are no doors or signs of an entrance. Huge pillars, with open spaces between, allow light to enter. They are standing in a large room, with a group of native American tribal elders, who are seated at a large table. Gordon is included in a group of twelve men, who are called the selected. Jane is in a group of twelve women, called the accepted. Each pair of the selected and accepted will have a role to play in the future, involving spiritual awakenings. Born in the same year, all of the selected of that year are male, and their accepted partners are female. On alternate years, it is reversed, with the females being the selected, and males the accepted.

This book is a collection of dreams, which I had over many months. These dreams, or visions, came mainly at night. My wife would realise that something had occurred because I would wake up feeling nauseous. She would ask me about it and then the tales began. Several times a week, they would be written down by her, in the middle of the night. The light would be on, and I would speak to her for one to two hours. I appeared to be awake at the time but next day I had no memory of it at all. The dreams were a catalyst for realising how much more exists, beyond our 3D world. We now realise that this was our time of awakening. 2012 was a significant year of awakening of consciousness.