Healing with Tachyon and Kryon Energies 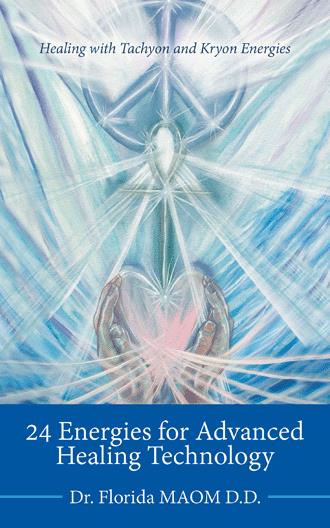 Basis of Tachyon and Kryon Energies Tachyon healing energy is an energy that has been used by others on this planet for planetary and individual healing and is the basis for some of the energies in the book. Tachyon is the the first energy we discuss will go into more detail in Chapter five Healing Energies. It is an energy that vibrates faster than the speed of light and is self- balancing. According to Dr. Joseph McNamara of Tachyon Counseling, a world leader in tachyon technology information, “Tachyons are subatomic particles that travel faster than light. They are particles that infuse physical matter with spiritual light. Tachyonization is a technological process that impregnates the physical matter with an increased quantity of tachyons and thus it permanently changes quantum properties of atomic nuclei which compose that matter.” The energies are received from higher-dimensional realms. They work within the light sphere that surrounds the earth, where human consciousness resides. The earth resonance is ever increasing and vibrating faster as the consciousness of humanity is increasing. As humanity progresses and increases in vibration, our heartbeat is aligning with that of Earth and God. David Miller owner of Group of Forty, wrote “Tachyon energy fulfills a need unmet by crystals for transmutation of life-force energy (Miller ). This book provides teachings and instruction based on the visions I received, and later added research that I found about the energies. They generally describe Tachyon energy in a similar format as to how I received the information. The energies themselves, when invoked, automatically work within the interdimensional aspects of earth to balance and harmonize the energies in love, light, peace, unity, prosperity, and oneness. What is Kryon? Some people who have worked with Kryon, refer to it as an angelic being that provides the means for humanity to rise in consciousness and energetic light vibration. Kryon is often channeled here on earth. The first channel was Lee Carroll in the 1980s. Quite a bit can be found about this energy through those who channel Kryon. Most of what I have received through visions and meditations is in alignment with the information I have found through verification of research. Types of Energies: There are levels for balancing, clearing, investigating, and creating, as we will discuss in the following chapters. The first few chapters are energies that can be used daily. Each group of energies can be quite intense and may take time to master. I recommend a practitioner start by using a few energies, and mastering them before learning others. It is possible that practitioners will find five to six energies that assist them with their healing, and that is all they use. There is no need to master all the energies. It is best to work with the energies that call to the healer or are alignment with the work that he or she does.

The energies are advanced healing technology, which were received in a vision during a meditative state in 2012. Dr. Florida has been utilizing the energies with fantastic results. The book is a teaching guide for healers about the energies and how to utilize them. The book guides the healer through an activation process, methods of protection, clearing, and methods and purposes for healing using the energies. Each energy has a different purpose. The energies can be used to heal physical, emotional, and spiritual aspects as a complement and amplification of currently used healing modalities. The energies are not meant to replace but to enhance.

Dr. Florida, MAOM, D.D. is an Integrative Medicine Practitioner in Texas, National Speaker, and Author. Her doctorate focussed on how emotions play a role in our consciousness and in reverse how consciousness can be affected by emotions. She has extensive experience in mood and emotional disorders as well as digestive health. Her treatments and therapies focus on holistic natural healing. As an empath she utilizes her own journey and understanding of emotions to heal others. In addition to Oriental Medicine she uses therapeutic yoga, meditation, and Qigong therapy to help her patients with balance, injuries, pain, and mental emotional well being. She performs thousands of treatments annually and gives both local and national talks on Integrated Medicine and healing.