A New System of Metaphysics 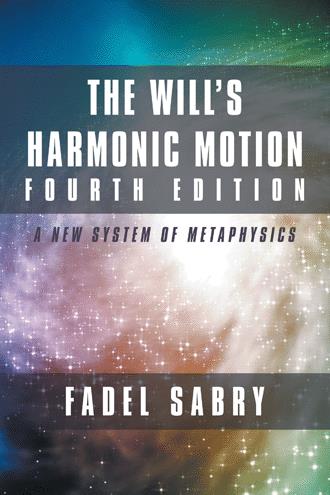 This book brings new ideas to philosophy. All philosophers start from previous ideas and build on or modify them; they use them as a foundation for new ideas or systems. Schopenhauer’s concept of the will and morality form the basis for this book. Sabry proved without any doubt that our moral character is assigned to us according to a specific, unalterable, and predictable system. He proved it scientifically and through daily observation of human behavior. He observed that moral characters change and move as a sine curve, i.e., harmonic motion. After establishing this groundbreaking theory of the Will’s Harmonic Motion, he extended it to cover and explain many topics including animals, pleasure, physical, and metaphysical actions, death, eternal justice, and salvation. The book outlines Sabry’s self-taught experience in meditation, which ended in the first stage of enlightenment, in just a few months. The book boldly reveals the mystery of existence, how the will started in the void and ejected itself to have physical experience. It created the world as a stage to perform its divine comedy. Then the will objectified itself as humans to purify itself from immoral deeds. To perform moral acts, the will created four characters, with matching intellects that change every lifetime. Every human being has his unique moral curve and must end up back in the void. The will governs the whole universe physically and morally, by the causal law, in which one side is physical causality and the other is eternal justice.

Fadel Sabry was born in 1945, in Cairo, Egypt. He studied civil engineering and graduated from Ain Shams University in Cairo in 1967. He immigrated to the United States in 1979 and worked as a civil engineer throughout his career until he retired in 2009. All his life, he has had a passion for the truth and the unknown. He studied religions and was not satisfied with the prerequisites of blind faith. He practiced Sufism, asceticism, yoga, and Zen Buddhism. He relates most to Buddhism from the philosophical point of view. He studied philosophy for a few years without any satisfaction; everything was vague and uncertain. Fate introduced him to the philosophy of Schopenhauer. It was a revelation, and everything became clear, logical, and self-evident to Fadel. Only after he retired and had the luxury of time to think about the riddle of existence unimpeded did he conceive of the doctrine of the will’s harmonic motion, the natural extension of Schopenhauer’s work. He lives now in New Orleans.