To Whom Do You Belong 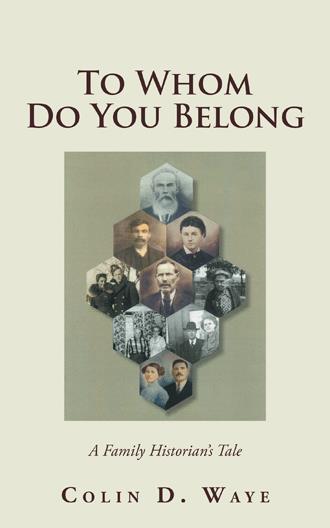 Forman's brothers all fought in the war while his own abilities as a machinist were valued during that time. Forman's brother Harry was gassed on the front lines and suffered the rest of his life. His sister Henrietta married Harry Gregson, who came home so badly injured, he died soon after. He became the first soldier to die at the Ross Military Hospital, now known as the Martin Arms Hotel. Three of his cousins would also pay the supreme sacrifice - John R. Way and George Way, both killed in France and Henry who also died after coming home from the effects of gas poisoning. With the war behind him, and Forman back in Sydney Mines, he now faced another tragedy unfolding right in town. There he was, back where he started and face to face with all the hardships he knew about in his youth. The mine conditions of the day were still deplorable. There would be no safety concerns, miners worked 16 hours a day, children still worked in the pit, loss of life was common. Wages were low and the company owned not only the homes but also the stores and so were in total control. It was just around this time, after the First World War, that most of the mines closed down in Sydney Mines. All the men were back from overseas and anxious to get on with their lives. Now there was no work. With three quarters of the workforce now out of work, with no relief, conditions rapidly deteriorated. A committee of townspeople got together and sent Forman to see Superintendent Brown. Forman expressed his concern over the thousands of people now starving, with no food in their homes and no money to buy any. He got little sympathy from Mr. Brown, who stated that he knew of no real problems in town and if he did he would do what he could. Within a week of the meeting the company began evicting those not paid up in rent from company houses. Forman was fired and blacklisted for his troubles.

These days, genealogy seems to be enjoying a massive outbreak in popularity. When I started, such was not the case. It was a lonely ordeal. I try to describe more in my book how I felt and the emotions I went through. This book is not about birth dates, death dates, or boring stuff but about talking to ninety-year-old people in nursing homes and hearing their stories, their lives—that’s what impressed me. This research required turning over many stones and peering beneath to uncover stories long forgotten. I do go into biographical detail about my grandfather, Forman Way, mainly because I had researched so much information on his life and the historic times he lived through in the Cape Breton labor movement. My other grandfather, who I never knew, Captain John Jarvis, was also a constant inspiration as I tried to do my best to uncover his story, his life, and his death and the fate of a crew of twenty-two men who perished at sea.

Colin Douglas Waye, lives in the former steel-making city of Sydney, Nova Scotia, Canada, born into a large family of ten children. He became a third generation steelworker, working at the local mill until it finally shut down. Being unemployed he followed many of his fellow Cape Bretoners to the oil fields of Alberta. Physically active throughout his life, being a minor hockey coach for over 20 years, a 4th Degree Black Belt in Kodokan Judo and an avid runner. These days he is involved in the local Buddhist community and spends his time instructing meditation groups and teaching yoga. He is presently involved with the local Correctional Facility, where he instructs inmates in meditation and yoga. He picked up the genealogy bug shortly after his father died and has been obsessed with it ever since. This book being a reflection on that study of family history. Colin and his wife Mary have four boys and three grandchildren.