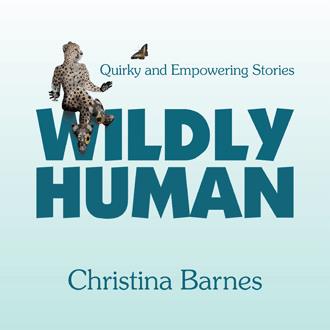 (Excerpt from 'Some Love Stinks') His odor was unbearable. His wretched bird-breath was just another indication of how rotten to the core he was. As they neared the hole, she felt her grip loosening, on purpose... Ginger let go. She gave a small twirl of celebration as she did a free fall into the hole. She descended into darkness. Her constant fear of him was replaced with a fear of what might await her at the bottom. Her thoughts were moving slowly, struggling for clarity in a surreal fog. The air was damp, kissing her cheeks with salty lips. He'd come into her life so quickly, he seemed to eclipse her very existence. He took charge, and he made assumptions that were not accurate. Had she been more secure, she bravely would have disagreed. But he was an overwhelming and powerful presence, so sure of himself, as if he were a gift. Ginger blamed herself for being too cautious-there was no stopping him-still something made her feel uneasy. He seemed so interested in her. She was swept away, literally felt like she was floating. They were "dizzy in love," he'd said. He quickly professed his love for her and gave her a nickname, Toad. He told her Ginger was just too long to say all the time, so he would be calling her Toad. She thought the name was degrading but was sure he didn't mean anything by it. Perhaps it was just as he had said, and she should look at it as a term of endearment. She didn't want to hurt his feelings or spoil the mood. He called to her constantly-wherever she was, he seemed to be hovering nearby. She was flattered but had an underlying feeling of being prey to his predator. Never had anyone cared so much where she was and what she did. She lost count of how many times a day he told her he loved her. "I love you Toad. Do you love me?" "Yes, I love you too," she always responded, as if under a spell.

Imagination runs wild in nineteen short stories designed to hit a nerve, a funny bone, and finally, the heart. The idea of taking back the power you’ve given away is intoxicating, inspiring, and will encourage your soul to smile, wink, and say, “Whew, finally, let’s take the joyride to the unknown!” In the end, it’s all good. If you don’t think so, it’s not over yet.

Christina Barnes is a self-taught artist living in Arizona with her dog Cleo. She can be contacted by e-mail at digitalrabbithole@yahoo.com.