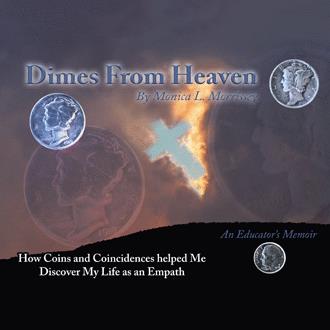 It had been exactly two weeks since my father had transitioned to spirit and a week since Dad had “called me” on top of the mountain. I took a day off from work. Before I would tackle the paperwork and phone calls, I hiked Elmore Mountain again. I was determined to take time by myself to clear my head. There was so much to do for the estate and I needed to be able to think. I wouldn’t be able to call my father today when I reached the top of Elmore Mountain. He again wouldn’t answer. I called him often this summer telling him to wave to me from his camp below on the lake. I hadn’t figured out a way to call Heaven yet. I know for sure he called me last time, but what was I going to do today? I couldn’t expect another miracle like last time. Last time, Peggy had told me that I would know what to do when I got to the top of the mountain. Today would surely be different. I felt so alone as I climbed the mountain; deep in thought as I walked. I wanted to believe that my Dad was helping me climb the mountain every step of the way. I could feel it in the wind and wondered where the animals in the forest were. It was the end of summer. Soon the leaves would be falling and the snow would blanket the forest. I made a plan on the last few steps toward the rock where I would sit to call my father. I always knew the last part of the hike was when I would see white birch trees. I remembered this when I was a kid climbing the same trail. I always liked to know when I was almost there. The trees opened up and I could see the sun shining on the white birch trees on either side of the trail. I decide to phone Merrilee. She always answered anyways. When I phoned her, she and I both agreed that we missed my dad a lot. I paced while on the phone, trying to calm my nerves. As I walked towards the rock where I always sat to call Dad, I couldn’t believe my eyes. How could this be? How does a coin, this particular coin, land on top of the mountain, exactly in this spot? Was my father grinning like this was some sort of game to him? Could he really do things like this from Heaven? Did he leave physical evidence as a sign that would only mean it is from him? “Merrilee, you will never believe what I found on the ground, right here.” I can’t even believe it as I try to put words to what is happening. It feels surreal. I have nobody around me this time on the mountain. She says, “I can’t believe it.” The rest of the conversation is a blur as I feel my father’s energy all around me, enveloping me in the biggest hug I have ever received. “Your dad knows how you feel, because he’s able to read your mind and heart from his vantage point in Heaven.” ~Doreen Virtue A voice whispers to me, “ Yes! It is me! I figured out that Spirit Communication System that you whispered in my ear the day before I left my body. You know- where you said I could call you and you could call me anytime? That new spirit phone system. Isn’t it great? We really can connect from here. Remember how I called you last week? I didn’t have the faith that it would work, but now I know it to be true. You told me my engine would still be running- this engine is so different! I’m not in any pain and I know my engine will run forever.” I was not expecting another sign today. The last one was so clear but this one? How could it be? I can see my Father grinning, thinking that he really figured out the system I had whispered into his ear, shortly before transitioning. Of course he figured it out- he loved stuff like this! If my father had read Mitch Albom’s book, the first phone call from heaven, he might have been able to tell me more about heaven. Something like, “In heaven, we can see you...We can feel you...We know your pain, your tears, but we feel no pain or tears ourselves...There are no bodies here...there is no age...The old who come...are no different than the children...No one feels alone...No one is greater or smaller...We are all in the light...the light is grace...and we are part of...the one great thing.” ~Mitch Albom I pick up the dime and so begins me sharing my dime story with others. I do not even remember walking down the mountain. My thoughts engulf me. I wonder how this could even happen. How will I be able to explain this to people? They won’t know the conversation I had with my father before he passed. They won’t know about the minister I met last time, helping my father “call me”. Two years later…..”Well, just in case there was any doubt about my messages before now, I’ll leave a particular dime that will forever prove to you that this communication is real. Your faith is real.” A voice inside speaks to me as I imagine my father winking at me.

When people die, are they ever truly gone? I had heard the saying “pennies from heaven” before, but my coins from heaven seemed to be dimes. Was my father actually sending me dimes to show me he wasn’t really gone? My mother seemed to be sending pennies all the time, but my dad was pretty clever. Everyone around me knew that I was sensitive, but it took me writing about a few special dimes to discover what it meant to be an empath. Along with the messages from Heaven, I share how I am listening to the positive voice inside my head. This book is about so much more than dimes, yet without them, I wouldn’t have written it.

Monica lives in Northeastern Vermont with her husband. She has two grown sons, Shamus and Patrick. Monica taught grades 3-8 for 27 years before changing careers to be a Curriculum Director. She loves to read, hike, swim, and be with her family. She never thought she would ever be a writer until the coins and coincidences kept happening over and over again.